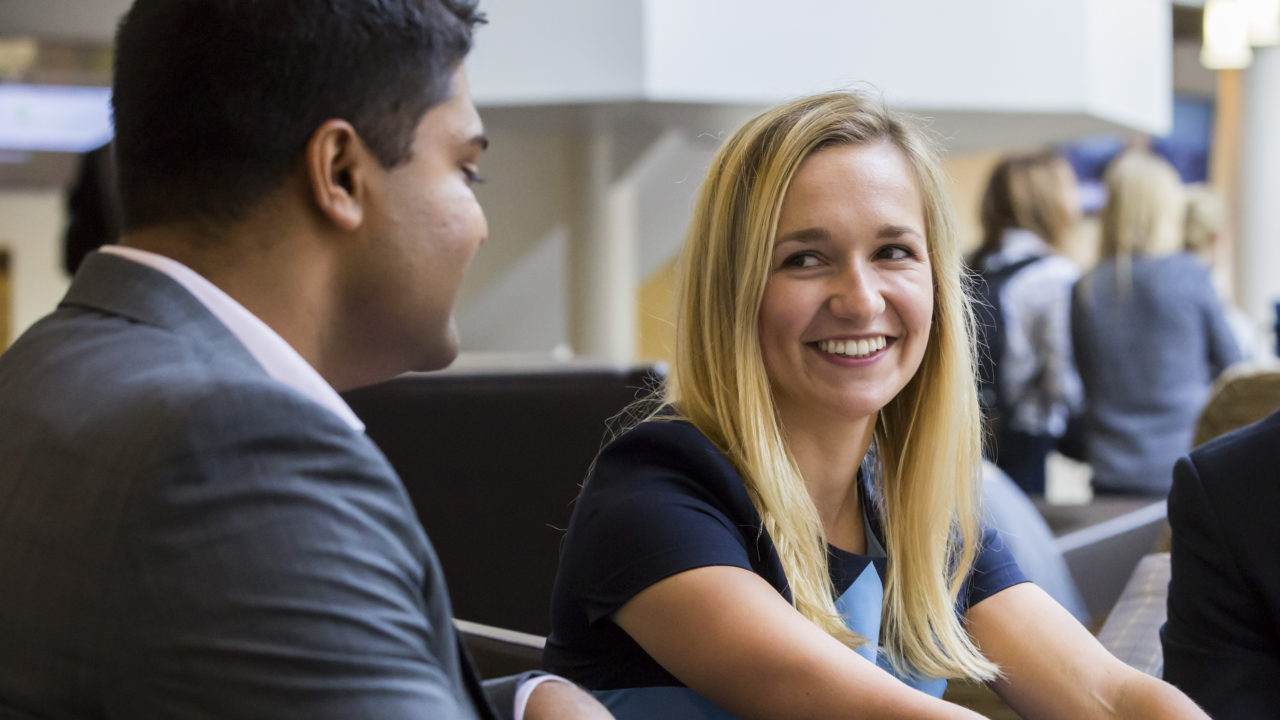 Meredith Harding (MSF’17) graduated from Vanderbilt University in 2013 with a bachelor’s degree in political science, but her attachment to the school fully formed when she came back to get her Master of Science in Finance at Vanderbilt Business.

“Going to Owen really made me fall in love with Vanderbilt as an institution,” she said.

Harding’s interest in finance stems from her passion for numbers and quantitative work. As a college freshman, she originally came in as a math major, but the weed-out courses steered her towards a degree in political science instead. After graduation, she ended up getting a job in sales.

“If you’re a social sciences major, and you don’t know what you want to do exactly, it’s hard to get out of sales, because they really target the social sciences,” she said.

Harding missed working with numbers and kept (unsuccessfully) trying to make her sales job more quantitative. Eventually, she realized that she needed to go back to school to launch the next phase of her career.

“(The MSF program) made so much sense for me, because I really wanted to be quantitatively focused. I didn’t want to take two years out of the workforce. That was a really big sell for me,” she said.

Harding may have nurtured a passion for numbers coming into the MSF program, but she had no formal financial education. Her experience in sales had convinced her that finance was critical to every business decision.

“Every single business problem that you’re faced with…at the end of the day, it’s all about finance,” she said. “Using that as a framework to look at every other challenge that comes across my plate has been so valuable.”

Harding turned to the Career Management Center to help her articulate her career goals. Based on conversations she had with Senior Associate Director Blake Gore, Harding determined that financial and analytical consulting roles would be a good fit for her.

Ultimately, she accepted an offer at Fortune 500 company AMSURG — which manages hundreds of ambulatory surgery centers — to become their Director of Strategic and Operational Analytics.

Now Harding spends about half her time in operational analytics, figuring out how to improve the performance of the surgery centers that AMSURG already owns. The rest of her time, she looks at potential acquisitions and the accompanying financials for parent company Envision.

“I could not do my job now without the finance background. They would have never hired me,” she said. “I have all my MSF notes in my office. I use everything I learned here every single day.”

Harding praises the Career Management Center for all the support the staff gave her, especially after her original offer was rescinded. She “loves” her current job at AMSURG and says the CMC helped her find a much better position than she could have secured on her own.

“I have a Director-level title, coming in with no finance experience (prior to the MSF program). I would never have had that without the Career Center to help and support me,” she said.

Beyond the CMC, Harding credits the entire MSF program with helping her land the “MBA-level” position she has now. She says Vanderbilt’s excellent reputation made her stand out from other candidates and convinced AMSURG that she could more than handle the job.

“Everything I do in my day-to-day job now, I learned how to do in MSF. I was able to get a position that I never would have gotten without the program,” she said.