Skip to main content
Home
Where Are They Now? Catching Up with the MSF Class of 2014
Apply
News & Events

Where Are They Now? Catching Up with the MSF Class of 2014

The Master of Science in Finance (MSF) program helps students develop the necessary skills, knowledge, and networks to start their financial career. After earning the degree, Vanderbilt Business alumni continue to grow by developing further skills and expertise in the workplace. We spoke with three MSF graduates from the Class of 2014 to see how their careers have progressed over the last five years. 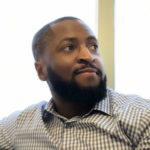 Akan graduated from Ohio State University with a degree in Business Administration and Finance. After a few years working in the finance field, he decided to go back to school. “I wanted to rebrand myself as well as have another opportunity for on-campus recruiting and expand my finance knowledge base a little bit,” he said. After doing some research and talking to different people who were familiar with MSF programs, he decided to enroll in the Vanderbilt MSF program.

The rigorous curriculum helped Akan develop a strong foundation in investment banking. He learned skills such as financial modeling, which he found extremely useful later in his career. “The banking classes were interesting with a bunch of case studies and acquisition, which was also something that confirmed my decision to focus on investment banking, specifically mergers and acquisitions,” Akan said.

Akan accepted a job offer as an investment banking analyst at Bowstring Advisors (formerly CHILDS Advisory Partners). He worked three years in banking and then realized he wanted to see the business side of investment banking while continuing to work on acquisitions, which he enjoyed. “I wanted to do some business in banking… but I also wanted to work on transactions from the operational standpoint,” he said.

The perfect opportunity came in the form of a corporate finance manager position at Aaron’s, Inc. His current job allows him to pursue his interests while doing what he enjoyed. “I still get to work in transactions like acquisitions and at the same time I get to interact with all different parts of the business,” Akan said. 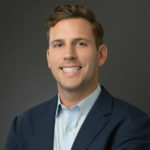 As Hamrick was finishing his undergraduate degree at Florida State University, he decided that he wanted to pursue a career in investment banking. Knowing that the Vanderbilt MSF program had placed graduates into notable investment banks in previous years, Hamrick chose Vanderbilt Business to help leverage his career. “I saw that there was a clear line of sight to the career track that I wanted to be on. (I also chose it) because of the academic program — I knew the curriculum would be good as well,” Hamrick said.

Hamrick especially appreciated how he could tailor his MSF curriculum to match his career. “(The curriculum) is really customizable for students as far as where they wanted their career to go. For me, all those skills from the classes that we took on corporate finance, accounting, and private equity are still relevant to me today,” Hamrick said.

In addition, the Career Management Center helped him prepare for interviews for both on-campus and off-campus recruiting and network with alumni. “The extracurriculars like financial modeling, training, modeling or restructuring, and soft skills for interviewing were all very helpful for preparing for interviews and preparing for a career,” he said.

Right out of school, Hamrick entered an investment banking program at SunTrust Robinson Humphrey. He felt that his graduate-level finance courses helped him stand out during the training. “It was really helpful going into the job to be a little bit ahead, especially with all the training and preparation that helped me get placed into my top choice, which was the mergers and acquisitions group,” Hamrick said.

After a couple of years working with private companies, mergers, and acquisitions, Hamrick received an offer to work HealthEdge Investment Partners as an associate investment banker. Like at his previous job, he would keep work in private equity. However, the offer at HealthEdge was compelling since it would allow him to work in healthcare with entrepreneurs. He accepted the offer, and he was recently promoted to Vice President in the company. 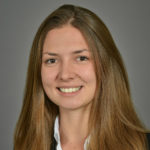 Alena first started considering a Masters in Finance degree during her first year out of college, when she was working at a boutique mergers and acquisitions firm in Washington, D.C. She liked her job and wanted to pursue Investment Banking as a career but thought it would be better to be part of a larger firm at the beginning of her career. She also wanted to boost her network and solidify technical skills. In the search for the right program, she visited Vanderbilt Owen Graduate School of Management, which one of her friends was attending at the time, and thought it was the right school for her.

Alena credits her holistic understanding of finance to the intense MSF courses. “(The program) gives you this well-rounded knowledge base, where you are prepared to tackle any problem, and teaches you that very few things in reality are impossible” she said, laughing. She also stated that one of the best things about the program was gaining lifelong friends. “I’ve gained some really great friends whom I’ve studied and worked with and whom I continue to be friends with up to this day. The network that you gain is invaluable, not just on the professional level (but) also on the personal level,” she said.

Upon graduation, Lagunina entered the capital markets graduate program at Deutsche Bank, landing on the Debt Capital Markets desk focusing on clients in the Aviation vertical. “I think of capital markets jobs as of a hybrid between traditional investment banking and sales and trading in terms of the nature of work: you pay close attention to the markets, but are still working with (mostly) corporate clients advising on their funding needs and capital structure, projects are faster paced than in IB, teams are very lean and you get a lot of client exposure and responsibilities on day one, although not as quickly as in S&T. It’s a great place to launch a career if you’re somebody interested in markets, and it’s also somewhat friendlier in terms of work-life balance,” Lagunina said.

Recently, Lagunina transitioned into the Global Industrials Group, shifting focus from advising on funding needs to strategic development and M&A, although she is still focusing on clients within the Transportation vertical. “I’ve built a great skillset and understanding of the industry at my previous desk and think this transition presents a great opportunity to ‘close the loop’ on the remainder of corporate finance and be a better-rounded professional,” she said.