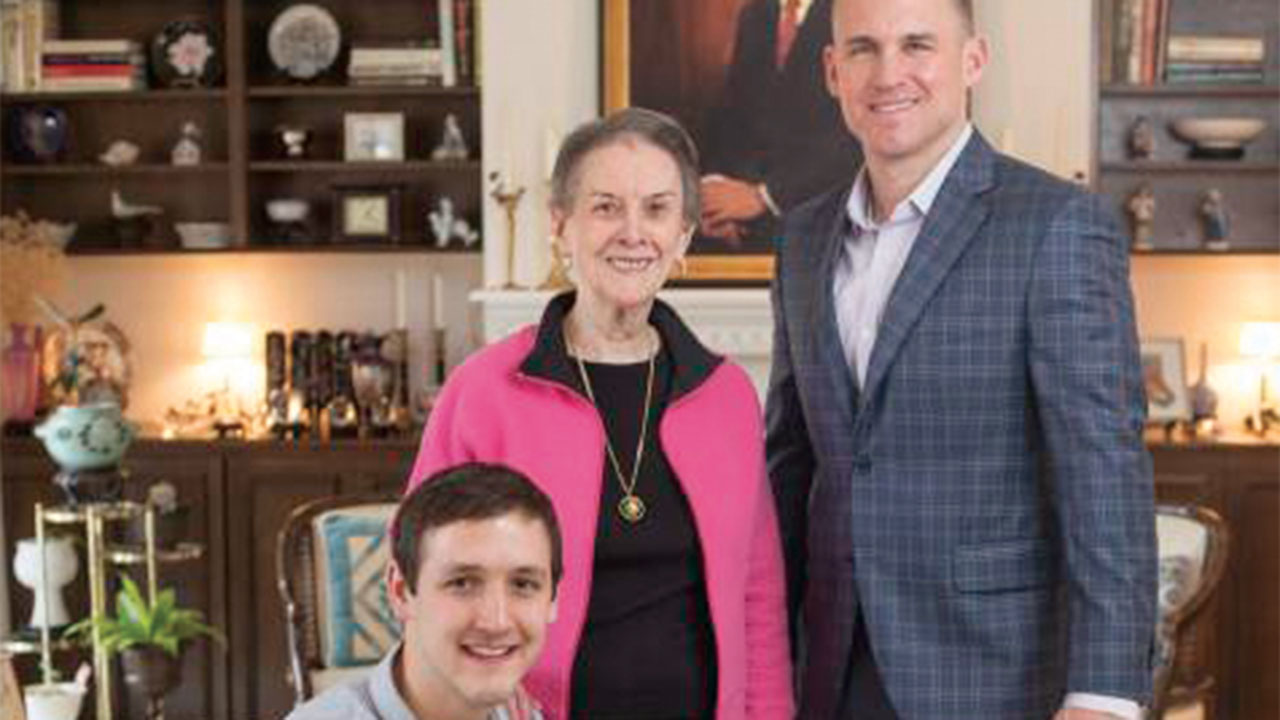 The man who pioneered management consulting still impacts the profession 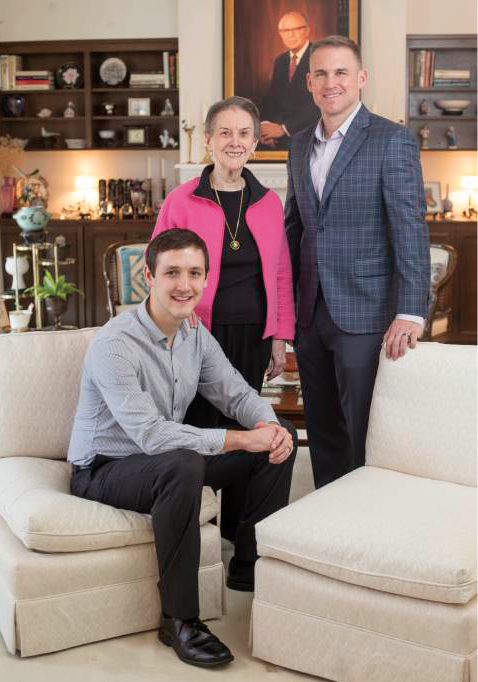 Bess Henderson recently had lunch with two current recipients of the Bruce D. Henderson Scholarship, Andy Niemeier [seated] and Ryan Stierwalt. The students were fascinated by her behind-the-scenes report of what it was like working at the Boston Consulting Group in its early days.

To learn how one of the most influential business leaders thought, worked and strategized, you could read Bruce D. Henderson’s books. You could engage a business consultant in the firm he founded, Boston Consulting Group.
Or you could have lunch with his widow, Bess Henderson, who was at BCG in its early days and who can bring to life those foundational years with tales of the man who pioneered business strategy.

That’s what more than a score of Owen students have been able to do as recipients of the Bruce D. Henderson Scholarship, which was endowed by BCG to honor Henderson when he retired.

Henderson, BE’37, is credited with founding the management consulting industry with his firm, BCG. After retirement in 1985, he taught at Vanderbilt’s Owen School through the early ’90s. The scholarship bearing his name was originally established as a prize. Today it is awarded to rising second-year MBA students who exhibit brilliance, originality of thought and thoroughness of investigation during their first year.

Over the years, it has helped dozens of students who have gone on to build acclaimed careers of their own—from Belinda Grant-Anderson, BE’83, MBA’90, vice president of diversity and inclusion at AT&T, to Carl Hinrichs, BE’98, MBA’08, investment banking vice president at Wells Fargo. A few recipients have even established scholarships of their own at Owen.

After Bruce Henderson died in 1992, Bess Henderson stayed connected to the school and contributed to the scholarship fund. Though not an alumna herself, she speaks as if she was one.
“When we came to Nashville, Bruce’s employment at Owen meant that a lot of my friendships grew from the school. Owen really became my community,” Bess Henderson says.
But the real reason for her support of the scholarship was to honor her husband, who had earned his undergraduate degree from Vanderbilt’s School of Engineering. “Vanderbilt had been so close to his heart,” she says. “He had maintained his interest in Vanderbilt over the years. He served on the visiting committee of the School of Engineering for several years. He was quite involved in the establishment of a graduate business school at the university.”

In returning to Vanderbilt, Bruce Henderson, in many ways, came home. In fact, according to Bess Henderson, one of the things her husband treasured about his second life at Vanderbilt was that his Owen office looked over a portion of Old Mechanical, the building where he had attended classes as an undergraduate.

“He loved teaching students. He especially loved when he got notes from former students who were now working saying, ‘Now I understand what you were talking about, Professor Henderson,’ ” she says.

His impact did not end with students either. Dean Eric Johnson says it is an honor to be the first holder of the Bruce D. Henderson Chair in Strategy, established by Bess Henderson in 2007.
“Bruce contributed much to the study of strategy. Management books are chock-full of his insights and famous quotes,” Johnson says. “I feel very fortunate to have met Bruce during the last year of his life.

“Bruce had an office inside the faculty lounge here at Owen. When I was a new assistant professor, I would often look to see if there was a light on in his office when I stopped by the lounge for a cup of coffee. Bruce’s health was failing then, but his intellectual presence never wavered,” says Johnson, who also is the Ralph Owen Dean. “After he passed in 1992, I stopped by one day to comfort Bess as she cleaned out his books. We all felt the tremendous loss.”

Originally, the Hendersons would meet with each scholarship recipient, usually taking them out to dinner. After her husband’s death, Bess Henderson continued that tradition. In the fall of this year, she had lunch with Andy Niemeier and Ryan Stierwalt, the 2015-16 recipients. Marine Corps veteran Stierwalt remembers it as a turning point of his Vanderbilt career.

“One of the great things that happened to me at Owen was winning that scholarship, and maybe more important, getting a chance to go and meet Mrs. Henderson,” Stierwalt says. “I knew all about Bruce Henderson founding BCG and being a professor at Owen, and coming up with some of the earliest ideas—and maybe the most important ideas—about strategy in business. But I didn’t realize that Mrs. Henderson was employee No. 9 at BCG and that she knew everything from start to finish about the company—from the time they were brand new and they opened their first offices all the way through.

Likewise, Niemeier credits his scholarship for allowing him to pursue a less traditional path post-graduation. After graduation, he plans to join his brother in running Azzip, a chain of four pizza restaurants his brother founded in Indiana and Illinois.

“I think it’s just exciting to not know where exactly it is going to take us,” Niemeier says. “And to be growing something from the size it is now and to see where it could be in five years—the chance to help lead that is really cool.”

This is precisely the effect Bess Henderson hoped for when she expanded the scholarship.

“My dad told me he could give me $1,000 a year to attend college and I’d have to make up the difference through scholarships and working,” Bess Henderson says. “I was fortunate that I was able to obtain both—work summers, holidays and the whole bit.” She says that after graduation, she realized that it was important to return the favor. “It was important for me to do whatever little bit I could do to help those who were coming after me receive the educational opportunity that I had.

“But also through the scholarship—and the fact that it was started by BCG, it was really an investment in the future of business—that we were affording an opportunity to students to develop themselves,” she says.

In the end, Bess Henderson wants everything to come full circle.

“I hope that everyone who has had the opportunity of a marvelous education— particularly of the kind that is available at Vanderbilt and at Owen—that they continue in their own future to make a difference in the lives of other young people. As we get older and become established, I think it’s important to remember where we were formed,” she says. “College and graduate school just really pull us together to be who we are.”