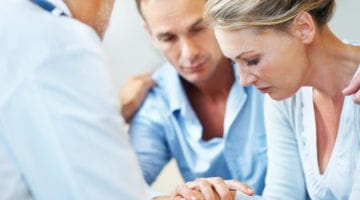 Medical malpractice claims are not influenced by doctors who apologize

Laws that allow doctors to apologize to patients with the provision that the apology not be used in lawsuits fail to limit medical malpractice liability risk, according to a new study from Vanderbilt University. 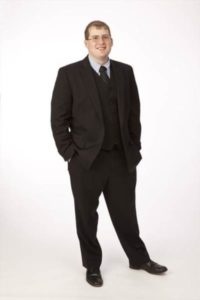 “State apology laws … are reforms to state rules of evidence and exclude from trials statements of apologies, condolence or sympathy made by healthcare workers (sometimes only physicians) to patients,” it says in the paper, “Sorry Is Never Enough: The Effect of State Apology Laws on Medical Malpractice Liability Risk.”

Apology laws are “intuitively appealing but empirically unfounded,” says Benjamin J. McMichael, a postdoctoral scholar at Vanderbilt’s Owen Graduate School of Management and one of three authors of the paper.

Many times malpractice lawsuits are expressions of anger, previous studies have shown. Working on that theory, lawmakers in 32 states plus the District of Columbia have enacted apology laws, hoping that apologies might be enough to resolve cases without legal intervention.

To test the concept, Vanderbilt researchers used a data bank that includes all malpractice claims for 90 percent of physicians practicing in a single specialty across the country, attained from a national malpractice insurer. Seventy-five percent were surgeons. The data, from 2004 to 2011, was provided on the condition that the company and specialty not be revealed publically.

– 2.6 percent of doctors face a malpractice lawsuit a year;

– Of the 65.4 percent above, 34.6 percent settle a claim without involving the courts;

– Of the 34.6 percent above, 7.1 percent settle out of court and pay the claimant something; and

– Of the 34.6 above, 27.5 percent have claims dropped without paying the claimant anything.

There is no way for researchers to know how many doctors apologized. For the purpose of the study, it was assumed that apology laws increase the number of apologies.

“In general, the results are not consistent with the intended effect of apology laws, as these laws do not generally reduce either the total number of claims or the number of claims that result in a lawsuit,” according to the study. “Apology laws have no statistically significant effect on the probability that surgeons experience either a non-suit claim or a lawsuit.”

“They (doctors) hate lawsuits. They hate paying out money,” McMichael says. “You’re basically being told you’re a terrible doctor for two or three years while the case goes on.

“It is terrible for self-esteem, I’m sure. I wouldn’t want to be told for two or three years about how bad an economist I am.”

An apology could be first and only indication that something went wrong. It “might transport a signal,” McMichael says. By apologizing, the doctor tells the patient he screwed up when the patient previously did not know that.”

The patient might decide to file a lawsuit based on that information.

“They can’t use the apology itself, but knowing something went wrong, they can look for other evidence that they can use.”

“If you talk to any doctor, they will almost certainly tell you that a lot of their practice is driven by malpractice fears,” McMichael says. “Three percent of each payment on Medicare is based on protecting doctors against that malpractice premium. So it’s still certainly a big problem.”