Higher-ranking individuals are typically charged with maintaining ethical behavior in their organizations. 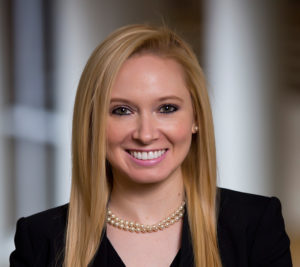 Higher-ranking individuals are typically charged with maintaining ethical behavior in their organizations. But a new study led by Jessica Kennedy, assistant professor of management at Vanderbilt University’s Owen Graduate School of Management, suggests that holding high-ranking positions may blind people to the unethical practices they are responsible for stopping.

Kennedy undertook this research because previous studies implied that people in top positions wield the confidence, clarity of mind and influence necessary to stop unethical practices. “However, that portrait didn’t comport with my own experience,” she said. “I felt that, as people attained higher rank, they had increasing difficulty with accurately perceiving ethical problems in their groups, and I wanted to understand why this might be true.”

It happens because high-ranking individuals identify more strongly with their group or organization, according to Kennedy’s latest research. In other words, people with higher rank define themselves in terms of membership in the group to a greater extent and consequently view unethical practices as more ethical than lower-ranking individuals. This perspective prevents higher-ranking people from halting and correcting bad behavior, a concept known as “principled dissent.”

“In three studies, we find that holding high-ranking positions makes people less likely to engage in principled dissent,” Kennedy wrote in a paper recently accepted by Organizational Behavior and Human Decision Processes. “Specifically, we find that high-ranking individuals identify more strongly with their organization or group, and therefore see its unethical practices as more ethical than do low-ranking individuals. High-ranking individuals thus engage less in principled dissent because they fail to see unethical practices as being wrong in the first place.” Kennedy conducted the research with her co-author and former advisor, Cameron Anderson of the Haas School of Business at the University of California, Berkeley.

An analysis of archival survey data from U.S. federal government agency employees found a negative relationship between hierarchical rank and likelihood of engaging in principled dissent.

In the second study, participants in controlled group settings were asked to decide whether to lie to a second fictional group in order to obtain a financial benefit for their own group, ostensibly making their recommendations after others had provided their input. Only 14 percent of participants who were accorded high-ranking positions dissented in the face of an unethical decision, relative to 39 percent and 38 percent of individuals in the low-ranking and control groups, respectively. Further analysis revealed that high-ranking participants dissented less frequently and less strongly because they identified more with their group.

The third study presented participants with a similar ethical decision, drawn from a business school case study, and manipulated both rank in the group and conditions that would make it easy or difficult to identify with the group. The study confirmed that identification helps to explain why principled dissent is less likely among those with higher rank.

“Because power causes greater identification,” Kennedy wrote, “blurring the boundaries between self and group, high-ranking individuals are more inclined to accept the practices of the group that accorded them power. Consequently, high-ranking individuals’ behavior is a function of not only their own traits and goals, but also of the traits and goals of the groups they lead.”

Dave Ramsey’s company fired woman over her sex life. How much can employers police?
Read More >
Crumpled clothes and bare shelves: As retailers like Walmart, Macy’s woo customers back, some have to clean up shop
Read More >
TVIX Stock – The Father of the Fear Gauge Says He Feels Reassured by the VIX
Read More >