Vanderbilt MBA graduates are helping lead Rover on a path of quick growth, but it’s not always easy to keep up.

When you walk into Rover’s office in Seattle’s Belltown neighborhood, the first friendly face to greet you belongs to Dublin. She’s a 6-year old Chiweenie (part Chihuahua, part Dachshund), whose owner smiles from behind the reception desk in the lobby. It’s a nice welcome to one of the hottest companies in tech. 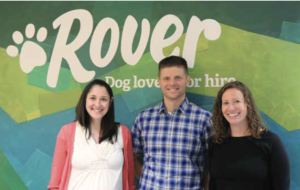 Rover, whose business involves matching dog sitters, walkers, and caregivers with dog owners, might seem a little canine-crazy to outsiders; a lap around the office reveals about a dozen dogs of various breeds displaying various levels of enthusiasm for office life. Yet, the office is quieter than you’d think it would be for a space filled with dogs. There’s little barking or roughhousing. For the most part, dogs lie on pillows near their owners’ workspaces. The humans, for their part, are focused on computer screens, perfecting Rover’s code, or resolving issues between sitters and owners. Rover has pioneered the on-demand dog sitting business, and propelling the company forward are graduates from the Vanderbilt University Owen Graduate School of Management. Led by Brent Turner, MBA’99, Rover’s chief operating officer, Owen alumni are shaping Rover’s culture on the fly as the company grows at breakneck speeds.

Rover works like this: Dog owners set up a profile for themselves and their pet on either the Rover website or the mobile app. When they need someone to watch or walk their pooch, they search for available sitters in their area who can either drop in for a quick visit, take the dog for a walk, or watch the pet overnight in either the owner’s house or at the sitter’s house. Sitters can send updates to the owners throughout the stay, including text messages and pictures, or report any incidents to Rover’s support team. After the stay, sitters and owners give each other starred ratings and can provide further feedback.

Anyone can sign up to be a sitter or dog walker for Rover, but Rover requires background checks, screens potential candidates for red flags, and spends a lot of time educating sitters on how to be successful while petsitting. Sitters set their prices, preferences, and availability. Anyone familiar with online dating services will quickly recognize Rover’s user interface; it’s a matchmaking service, but for dogs and caregivers.

Since its founding in 2011, Rover has become the largest marketplace in the U.S. for pet-sitting services, with over 65,000 registered sitters. It has raised $90 million in total venture funding after closing an investment round in October that was co-led by Foundry Group and Menlo Ventures, whose other investments include Uber, Siri, and Roku. Rover has also been shaped by Vanderbilt grads, with Turner leading the way as COO. His job is to make sure Rover pursues its annual plan. On any given day, he attends to the business rhythms of Rover, checking in on the company’s teams, which include sitter success, marketing, and operations among others. 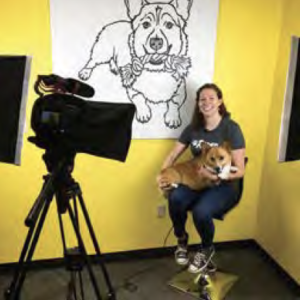 Owen student Sarah Eaton poses with a pooch during her summer internship at Rover.

The Rover annual plan is broken down into a set of key performance metrics that departments and individuals are trying to hit. Turner can quickly see who is ahead and who needs help. He then turns his attention to pursuing his own projects in support of people on his team or his boss, Rover’s CEO. Rover is a five-year-old company, and Turner has been COO for the last three, during which time Rover has made a name for itself on the tech scene. The company has experienced greater than or equal to 200 percent growth in revenue every year that Turner has been COO. “It’s the first legitimately hypergrowth business that I’ve been a part of,” Turner says.

“With past businesses, my role had been to get everyone aligned in the right direction to push the company uphill. At Rover, it’s more like holding on for dear life and trying not to let anything come apart.” He’s focused on looking at the demands of Rover’s steep growth curve and identifying potential hurdles.

“Between March 1 and the end of July in 2016, our business doubled,” Turner says. “When you’re looking up at the start of March and you say our company will be twice the size in terms in terms of revenues at end of July, you have to start thinking about what we need to work on now to meet those scale challenges.” At the moment, Turner is focused specifically on the marketing challenges facing the company. For example, most tech companies rely on the power of search engines to drive customers to their platforms. The problem for Rover is that not many people actually search the internet for dog sitters; they’re more likely to call a friend, neighbor or nearby kennel. So, instead of search engine advertising, Rover relies on mid-funnel or up-funnel channels, such as their blog, Facebook videos, TV, and other local ads. That leads to many channels, so Turner is trying to tackle the complexity of this kind of marketing approach as the company grows.

“You hear a lot of people talk about not boiling the ocean, meaning you can’t work on all of your problems at once,” Turner says. “But when you’re growing so fast and all your known problems are going from immaterial to material so fast, and in the meantime, unknown problems are coming out of the woodwork, you have to boil the ocean.” The first person Turner hired to help him chart Rover’s course and define its values was fellow Vanderbilt grad Megan Teepe, MBA’11. Today she’s Rover’s vice president of sitter success and safety, charged with building out Rover’s junior and midlevel leaders. That means helping them develop the skills that will help Rover scale up by staying focused on performance and outcomes—and helping these leaders maintain their humanity at the same time.
At Rover, Teepe tries to identify with a strong set of soft skills that are harder to measure on paper. She’s looking for aptitude. “One of the most important things I’ve learned is how important it is to get the right people in the right roles from the beginning, and to learn your lessons quickly if you didn’t,” Teepe says. “At Rover, if I’m hiring you for a leadership role where you’re going to be managing people, I want to know if you live and breathe leadership,” Teepe says. “I see that in the way you talk about why you want to lead people.
Can you articulate that or is it just something you think you need to do to build your career? I’m eagle-eyed about that.” And more Vanderbilt MBA talent may be on the way to help Rover grow. 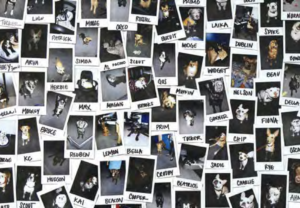 This past summer, Sarah Eaton, MBA Class of 2017 and Owen’s student government president, interned at Rover, helping shape the educational aspects of the company’s sitter success program. She was charged with developing videos for social media that help explain to sitters what to do in potentially sticky situations that arise during dog sitting. Hiring the right people is so important at fast-growing Rover that the company has painted its core values on a wall in the office. One of Turner’s most important values is a ban on personal agendas in the workplace. Pathological honesty and bias toward action are others.

“Errors of inaction are always unacceptable,” Turner says. “If you’re trying to solve a problem and you make a mistake, that’s OK, but don’t be intimidated by failure. If you don’t screw up something every month, I’m going to wonder if you’re trying hard enough.” These values are especially important to Turner in his role as COO. He’s talked about them during a recent Taco Tuesday series held at Rover where a different employee presents to the team on a topic of their choosing. His main responsibility, after all, is to keep Rover plowing ahead without losing the characteristics that helped the company achieve success in the first place. “Defining and living our values is important to me because Job No. 1 is to get the right people in the right roles,” Turner says. “We’re doing that here at Rover.”

In the next five years, Turner thinks $1 billion in revenue across the platform is realistic, along with a multinational presence and a rollout of other services. “When I got here almost three years ago, the idea that Rover would have revenue of $200 million across the platform seemed like it would be so amazing,” Turner says. “Now, we’ll roll top is?”