What is the right price to put on a child’s life? 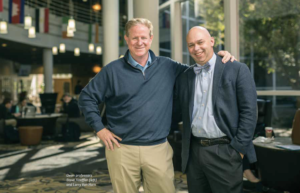 That may be a deeply unsettling question, but to start to fix the U.S. health care system, we have to begin to think in ways that confront uncomfortable realities, says Larry Van Horn, executive director of health affairs at Vanderbilt’s Owen Graduate School of Management. For renowned pediatric cardiac surgeon Dr. Devi Shetty, such a question is hardly theoretical. In a presentation to this year’s class of Nashville Health Care Fellows—an invitation-only program for health care executives co-founded and co-directed by Van Horn and former U.S. senator Dr. Bill Frist—Shetty described the reality of caring for India’s poor. When he tells a mother that her child needs a surgery that costs 80,000 rupees (about $1,200), but knows she can’t pay that, “the way I solve that family’s problem is by getting the cost from 80,000 to 40,000,” says Shetty, founder of Narayana Health, which operates 23 hospitals and seven heart centers across India. To cut costs, Shetty must find innovations that will help strip away every medical step that isn’t absolutely essential to providing the best result for the patient. American doctors are going to have to start factoring affordability into their protocols, too. Sweeping changes in the health care landscape are already challenging the business models of many current health care companies. As they do, Van Horn believes a new class of businesses will rise to meet the challenge.

Rather than focus on government policy, however, Vanderbilt’s center “is focused on the 180 million Americans with commercial insurance, the way their financial exposure is changing, and the way that’s translating into how they consume medical care,” Van Horn says. 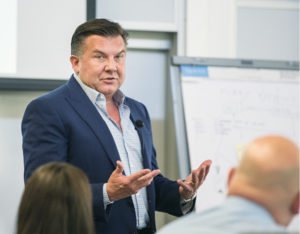 He explains that the private sector—not government agencies—has a history of developing innovation that ultimately reaches the masses. “This is why I’m hopeful about what the private sector will do,” Van Horn says. “We’ll solve the problem and we’ll keep innovating. We’ll bring the cost structure down so that at some point, we can provide these services to everybody.”

The roots of the new health care landscape in the U.S., with steadily rising health care premiums and the advent of more high deductible plans, go back nearly two decades. According to the Kaiser Family Foundation, employer-sponsored health coverage premiums skyrocketed 203 percent between 1999 and 2015. Over that same time, workers’ contribution to their premiums increased by 221 percent. Their earnings, by contrast, have only increased by 56 percent. The Affordable Care Act, signed into law in 2010, accelerated these trends.

“The consumer hasn’t historically been involved, because health care has been a business-to-business transaction,” says Michael Burcham, who has led several successful startups and teaches health care innovation and entrepreneurship at Vanderbilt’s Owen School. “Consumers today are paying about one-third of all their medical costs, so they should have a seat at the table. We’re entering a market where the consumer has freedom to choose.”

These changing dynamics have shifted the way people understand health care. Take the recent controversy surrounding the price of an EpiPen, a device manufactured by pharmaceutical company Mylan used to treat severe allergic reactions. Since 2007 the price of the standard two-pack of EpiPens has risen from $100 to $600. Patients and parents of children with allergies, newly clued into the cost increase, are furious. 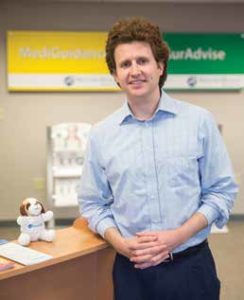 Much of the price furor is a direct result of patients paying a higher deductible, says Alex Tolbert, JD/MBA’07, founder of Nashville-based health care advisory company Bernard Health. “We never would have read about that in the age of the $20 co-pay.” Patients will not only demand price transparency, he adds, but they will also demand better health care services. He bases this on his personal experience. “I don’t feel intimidated in very many settings, but I do when I’m in a medical provider setting,” he says. Part of that feeling, Tolbert adds, comes from having past unpleasant experiences. He cites one notable exception: his local dermatologist who recently stopped taking insurance. She now answers directly to her patients, the people who cut the checks, Tolbert says. In her office, “I’m treated like a human.”

Tolbert founded his company, in fact, to bring a little humanity back to the health insurance business. He and his Bernard Health team members help people sort through the many confusing health insurance products to select the one that will give them the best coverage for their money. The best product differs depending on the person. Other Vanderbilt graduates are already addressing consumer needs on the provider side. Travis Messina, MBA’08, is the CEO of Contessa Health, a home hospitalization startup that aims to redesign delivery and payment for specific episodes of care.

Contessa changes the consumer experience because it enables patients with certain conditions, such as congestive heart failure or pneumonia, to leave the hospital after an acute episode and receive hospital-level treatment in their own homes. This puts patients at ease—most people do not want to stay in a hospital longer than necessary—and it provides patients the high-touch, one-on-one care that helps prevent readmissions. Low readmission rates benefit the patient and look good for the hospital, which also shares in Contessa’s cost savings and quality scores. When managed right, Contessa’s method offers a win-win. But even solutions that should work in theory can be difficult to roll out. “Health care is a system that is somewhat set in its ways,” Messina says, “but people want these change agents. Hopefully, we can be the change agent for a lot of different communities.” Contessa, which received its first round of seed funding in January 2015, launched in its first market in Marshfield, Wisconsin, this summer. Messina is currently in conversations with other provider networks. Those conversations can be tough, he says, but, “it’s a lot of fun when they realize that this is the way we should deliver care. That’s been the most fulfilling part.”

Contessa’s is just one of many patient-centered health care models to come. Another, according to Bernard Health’s Tolbert, is one that enables people to purchase a subscription to a primary care provider rather than paying per visit. In this model, doctors would answer patient questions via text and email, often avoiding a more expensive in-person exam. They would also quarterback interactions with specialists. Tolbert says, “I think ultimately, the healthiest market won’t be consumers on their own, but consumers coupled with their primary care doctors.”

The means to the healthiest, happiest health care consumer is exactly what Van Horn and Hoeffler’s new center will explore. “Sometimes academia gets accused of creating research that isn’t tied to real managerial problems, but in this industry, we can get past that,” Hoeffler says. He and Van Horn are in conversations with seven local health care companies who want to participate in the center’s new research effort. Ultimately, the two directors want to collect data from willing companies and share it in ways that, without risking proprietary information, shed new light on consumer behavior. Because of its location in Nashville, Vanderbilt is primed for collaboration, says Burcham: “It’s a city built on health care services. What better place is there to take these services and fuse processes and technology to innovate?” The new generation of health care problem solvers are already coming up through the ranks. Ahead of much of the industry, students and professors at Vanderbilt are thinking in new ways about patients with purchasing power. “I’m teaching a health care marketing elective at Owen,” Hoeffler says. “Today’s topic is Patient as consumer—how does this change the world?”