When Vanderbilt’s Owen Graduate School of Management began developing a strategic plan two years ago, alumni and employers felt confident that MBA graduates excelled in their majors, from marketing to finance.

When Vanderbilt’s Owen Graduate School of Management began developing a strategic plan two years ago, alumni and employers felt confident that MBA graduates excelled in their majors, from marketing to finance. But as anyone in the working world knows, there are often many more factors that make for career success beyond the narrow confines of a single discipline. 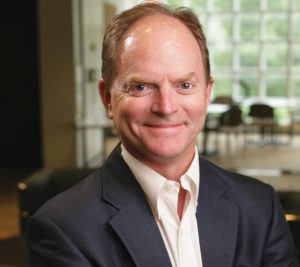 “We want our folks to be ready to hit the road running,” says Jon Lehman, director of Vanderbilt’s Executive Development Institute and instructor for Learning to Thrive, an elective course which requires MBA students to take a deeper look at themselves. In a recent blog post, Dean M. Eric Johnson cited Learning to Thrive and Professor Kimberly Pace’s Advanced Management Speaking as courses designed to strengthen students’ business communication and presentation skills.

Another class being piloted is Associate Professor Brian McCann’s Managerial Decision Making. Critical thinking skills are important for any professional, but a key finding from the strategic planning process was their growing importance for MBA students. McCann’s course is designed to provide an opportunity for students to improve their analytical thinking skills in the context of solving managerial problems and making better decisions. The class starts with the topic of developing, understanding, and evaluating arguments supporting managerial decisions. It also covers topics like the definition of managerial problems and a comparison of intuitive and rational decision making processes. “A significant goal of the class is to have the students leave as more reflective thinkers,” says McCann, MBA’04. “But even more importantly as more effective decision makers.” Emily Anderson, MBA’99, director of Owen’s Career Management Center, agrees. “We do a recruiter survey every year, and being a smaller school we have a lot of avenues and forums,” she says. “There’s a lot of conversation around expectations and how they actually perform once they’re there.” 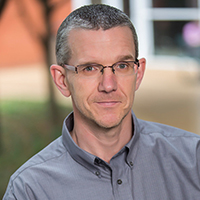 What those conversations identified is a need to equip Vanderbilt MBA graduates with the ability to do things like deliver formal presentations, work effectively in teams, and quickly draw on their grasp of facts and figures to make a cogent business case. “It’s not just technically being smart and having book knowledge. It’s how that is applied in an organization and how that makes them more successful,” Anderson says. “That’s the stuff employers are paying a premium for— managers who can make an impact in their organization.”

Finding that right combination of skills is not easy. In a recent Wall Street Journal survey of nearly 900 U.S. executives, 92 percent of them said soft skills—like teamwork, adaptability, creativity and sociability—are equally or more important than technical skills. Yet 89 percent of that same group said finding people with those skills, no matter what age or gender, is difficult.

Recent graduate Hudson Jones, MBA’16, says the training he received during his time at Vanderbilt has already proven beneficial. “I was coming from a small boutique consulting world,” he says. “So things like building political capital and traversing the bureaucratic red tape of a publicly-traded company were things which Owen prepared me for that I probably otherwise would have been worried about.”

The training in communication begins before MBA students even arrive on campus. “As soon as the MBA candidates are accepted, they have to write a personal brand pitch,” Pace says.“We have five professional writing coaches who meet with every student one on one for 30 minutes to give them feedback before school even starts.”

Giving effective and persuasive presentations is also a must. Pace teaches a core course on management speaking and also an advanced class. About 30 percent of students dislike public speaking, and she says that 5 to 10 percent experience “true fear” at the thought of doing it.

“They do four presentations within seven weeks,” Pace says. “They’ve got to do their own personal pitch—how they would pitch themselves in a real career situation. They also have to give an impromptu speech, where we give them a topic and they have to do a speech based on the topic.

“And the final one is a true business pitch, an executive summary. So if you’re a strong presenter, you become an advanced presenter. If you have stage fright, we at least want people not to know you have stage fright.” The importance of being a competent presenter is reinforced during internships, Pace says. “Many times at the end of an internship, they have to do a presentation to the executives about the internship,” she says. “And basically it is a job interview.”

MBA student Chris Culver says he values the soft skills he’s learning at Owen. “The softer skills are along the lines of asking good questions, knowing how to collaborate with people, and really working in an environment where there’s not a lot of guidance and always a lot of work to be done,” Culver says.

The Learning to Thrive elective course can help students put it all together, and also assist with transitions down the road, Lehman says. “I don’t want to call it soul searching, but it’s getting at deeper stuff. It’s not an accounting class.” The curriculum includes writing poetry, self-reflection, and a private session with Lehman. “Executive coaching is part of what I do,” Lehman says. “I sit down with them and talk to them about my perception of them as individuals and what it’s going to take [to succeed].” Learning to Thrive is best taken “as your last mod before you go in the big world,” Jones says. “I think it’s even more helpful if you take it once you’ve settled on your career path, or at least your job.”

The class helped Jones, a business strategist at Cerner Corp. in Kansas City, Missouri, deal with an early career dilemma. “Part of my transition out of business school was moving my wife, who is a Carolina girl, out West. I was trained in Learning to Thrive to stop and think about what that portends for her and make sure I’m not just dragging her down my career path—that we’re embracing this change together.

“So it helps personally and professionally, which is different from most business classes.”

There’s another quality prominent at Owen that sets its students apart. It’s a message seen on a banner hanging in the lobby of Management Hall: “Ideas, Not Ego.”

“There’s a general bias that MBAs are going to be full of themselves,” Pace says. “You don’t see it so much at Vanderbilt. From a recruiter standpoint, they love that, because it means you’re more coachable in a team. If you’re willing to listen and you’re relatively self-aware and don’t have a huge ego, then you can move up maybe quicker than others.”

Being humble and amiable is also taught by participation in clubs at Owen. “I think one of the more important things you learn is your leadership style,” says Sarah Eaton, president of the Owen Student Government Association. “Before I was president, I was a member of the Tech Club. I still am. And there’s also the Cork and Barrel Club—the more fun clubs.

“It’s nice having the mixture of professional clubs that help you with recruiting and getting opportunities to practice through alumni that are in the field. For example, they brought in some alumni and we did case competitions with the Consulting Club.”

Like many MBA students, Chris Culver came to Owen pursuing a change in career direction. “I was doing engineering before this, and I’m using this as a way to transition my career with the idea of getting more into the business side of the company,” Culver says. “Most people at Owen are trying to make a transition into a different industry than they worked in before.” Eaton is moving from education and “looking to go into a more-profit sector,” adding that “at Owen, my background is valued, and I feel
supported every day.”

The evolution of skills, hard and soft, never really ends as long as a career is in motion, Lehman says. “Work environments changed along with the stress and pressure. A lot of it follows economic cycles. I don’t think you’re ever done in these areas.”

Lehman should know: He’s writing a book based on his Learning to Thrive class and hopes to see it published this year.