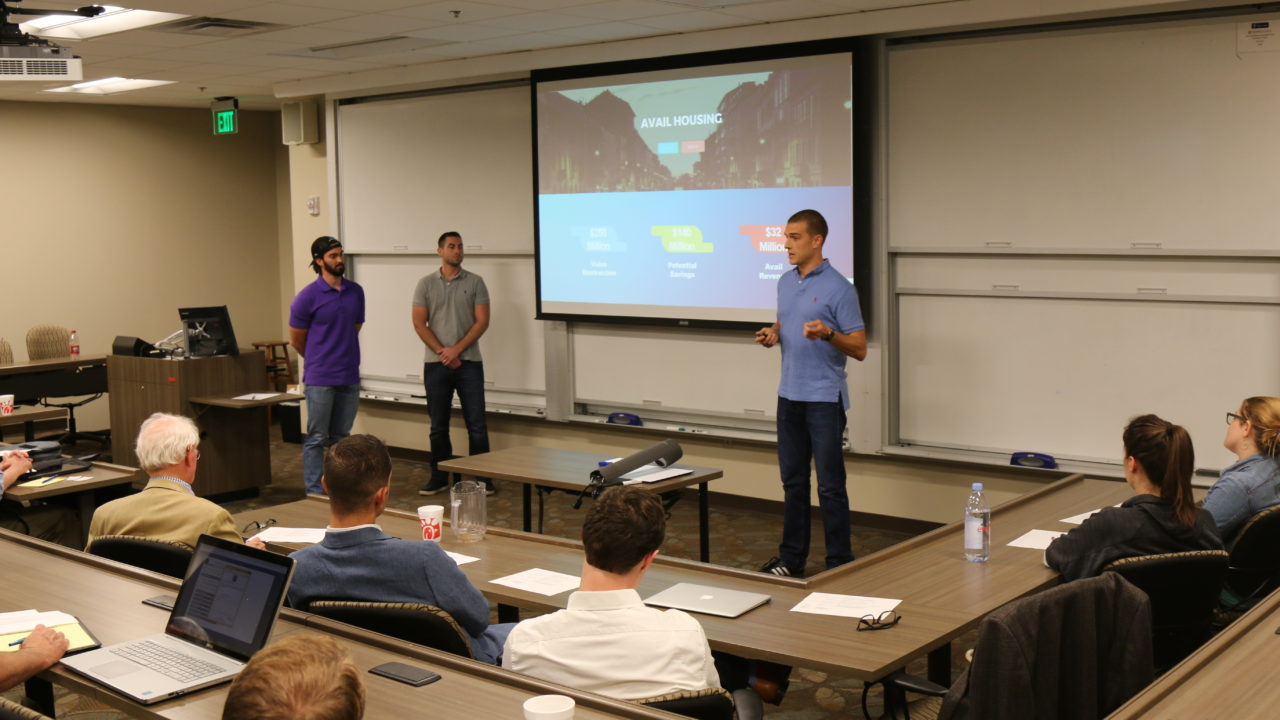 It almost sounds like an open mic night at a coffee shop: once a month, Owen students gather in a classroom to try out new material. But students aren’t testing jokes or reading poetry — instead, they’re pitching business ideas.

A fixture of Owen programming for more than a decade, the FireStarter sessions provide a low-pressure environment where students can pitch their early stage startup ideas. Students walk through their concept for five minutes, followed by another five minutes of Q&A. Judges from the Nashville entrepreneur community provide feedback during and after each session.

“We started it because we wanted students to be able to talk about their business ideas and get feedback from experienced entrepreneurs,” said Germain Boer, Professor of Accounting and Emeritus Advisor of the Owen Entrepreneurship Center. “I tell students all the time, ‘try to start a company while you’re here. You’re going to learn so much that’s going to be useful to you.’”

Each month, the judges select a winner, who receives a nominal gift card of $500. However, the real value comes from getting feedback early in the startup process, before students have invested too much time and energy into the idea.

Participants second this advice. Cameron Huddleston (MBA’18) — who split the September prize with another student, Matt Pringle — says that students should welcome the judges’ fresh opinions. Huddleston’s concept, Avail, is a housing exchange platform that will let graduate students rent directly from other graduate students during summer internships. Huddleston and his team, Mike Woodnorth (MBA’18) and Mike Splittorf (MBA’19), are working to launch the website in January.

Judges told Huddleston that he should talk more about competitor Airbnb and its shortcomings, so he moved that section towards the beginning of his pitch. They also recommended a more in-depth explanation of the costs to scale past the first year, and Huddleston plans to discuss his estimates more thoroughly in future presentations.

“It’s good to (pitch) in front of people who have no idea what you’re talking about to make sure that your story tracks and makes sense,” he said.

No judges at the last FireStarter had a technology background, so they gave Pringle their perspectives as non-technical listeners. They also recommended that he further explain his customer retention rates during his next presentation.

“In FireStarter, it’s a fresh crowd. They don’t know the assumptions you have been working with,” he said. “So if you forget to say something, or you don’t say something quite right, you don’t have the benefit of the doubt.”

Pringle was actually hesitant to sign for the September event, believing that his idea wasn’t ready to pitch. However, after talking with a few second-years MBAs, he realized that the whole point of FireStarter is to test out startup ideas in the earliest stages and return with a new iteration the next time. Right now, he’s signed up for every Firestarter in 2017.

“The worst thing that can happen is that people won’t understand your idea, or they’ll tell you it’s bad for a number of different reasons. If you truly want to start a company, you need to be able to hear that and adapt,” he said. “If you just embrace (the feedback), it can only help you go farther.” 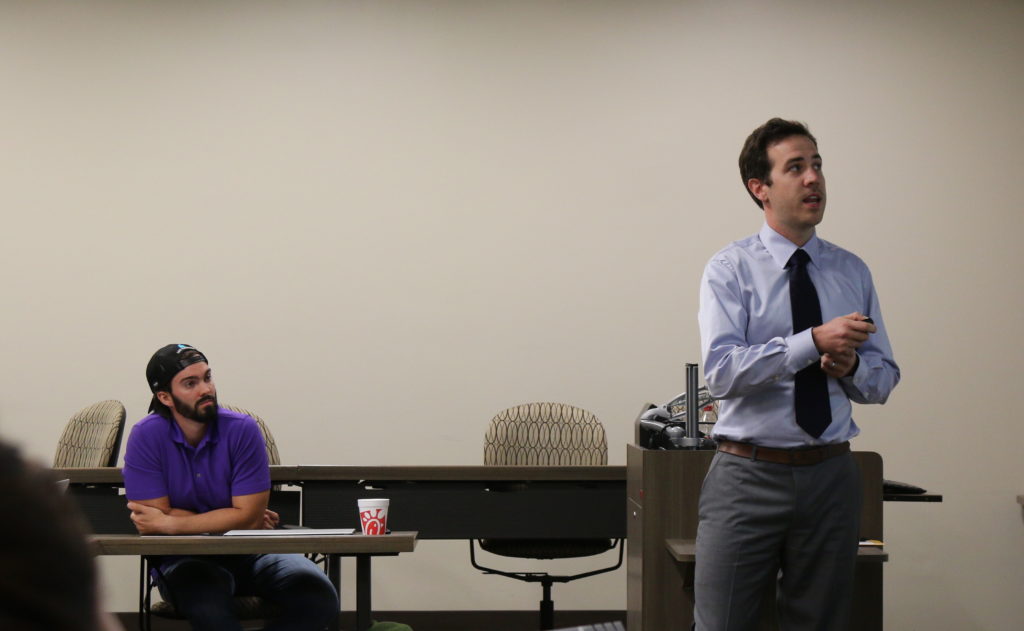 On the other hand, Huddleston signed up for every campus pitch opportunity he could as soon as school started; he’s also about to embark on a two-week road trip to present Avail at various MBA and law programs in the region. But the September FireStarter was the first chance he had to present his startup outside the classroom this year, and that’s exactly what the sessions are intended to be.

“Sign up and get up there and talk for a couple minutes, and you’ll get feedback and ideas that will help you to prep for the next time you’re going to talk about it,” he said.

Whether it’s their first FireStarter or their fiftieth, students are encouraged to pitch their idea as early in the process as possible — and then keep coming back each month with a new iteration for even more feedback.

“There’s a quote in the entrepreneur world that goes ‘If you’re not embarrassed about your product when you launch it, then you waited too long,’” Bryant said. “(At the end), you’re going to be pretty far ahead of where you were before those 10 minutes.”

Upcoming FireStarter sessions will be held on October 25 and November 14 from 5:30-7:00 p.m. in Room 230. Owen students interested in pitched their ideas can sign up here.