New Assistant Professor of Accounting looks at the impact of inversions, M&A, and earn-outs

Corporate Inversions – where a U.S. organization merges with a firm in a low-tax jurisdiction, then locates to that jurisdiction for tax benefits – were a hot topic in 2013 and 2014. They’ve returned to the news cycle in recent months as the Trump administration considers undoing an Obama-era executive order designed to stop inversions. Earlier this month, the Congressional Budget Office estimated that inversions will decrease corporate tax revenues by 2.5% (or $12 billion annually) by 2027 if current tax-minimization strategies remain unchanged. 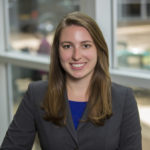 During the initial uproar over inversions, Professor Rita Gunn (then a PhD student at the Kellogg School of Management) and her advisor Professor Thomas Lys weren’t convinced that corporate income tax told the whole story with inversions. Most inversions are now being implemented through a merger or acquisition; therefore, other changes are occurring simultaneously in the business. Some of these changes affect other sources of revenue, like taxes on Capital Gains and dividend payouts, which weren’t being factored into analyses.

So Gunn and Lys took a closer look at inverted companies and the impact of their inversions on the Treasury. They found that, once capital gains and dividend taxes are taken into account, “it’s not clear that the U.S. actually loses tax revenue,” she says. In some cases, taxes from dividends and one-time capital gains might be substantial enough for the Treasury to gain additional revenue. The researchers are rewriting their findings now and expanding their sample.

Gunn’s other research also looks at mergers and acquisitions – specifically, the difference in purchase prices between private and public firms. Research has found that acquirers achieve larger returns from private firms, due to a concept known as the liquidity premium. “Basically, they say that with private firms, the owners need money now, but their ownership is illiquid, so they’re willing to accept a lower price,” she explains. But with differences between comparable companies as wide as 15%, Gunn thinks the truth may go beyond the liquidity premium.

Looking at the purchase price allocations, Gunn and her co-authors Professor Nir Yehuda at University of Texas-Dallas and Professor Thomas Lys found a large discrepancy between tangible and intangible assets for public and private firms. Namely, private firms have significantly higher intangible assets. “When we’re just matching companies on industry and size, we’re still comparing apples and oranges. Once you control for the asset makeup of the firms, it removes most of the difference in pricing,” she explains. “Acquirers are not as willing to spend money on intangible assets that may or may not pan out.” It’s a fairly simple explanation – private targets are riskier, so buyers won’t pay as much – but one that hadn’t been considered before.

Gunn’s dissertation on corporate earn-outs, provisions written into a transaction where the seller of a business receives additional payments based on the future performance of the business sold, looks at murkier aspects of mergers and acquisitions. Earn-outs have to be fair valued each quarter, and any changes in those estimations flow into operating income. This odd rule (one that was just instituted in 2009) opens up the potential for unscrupulous activity – revising an estimated earn-out down boosts operating income, revising upward reduces it – but Gunn’s research found that, while companies tend to overstate earn-outs (by on average 40%), they only do so to signal future income and performance, not to meet or beat earnings estimates. “They’re not just overestimating to get over a hurdle,” she says.

Professor Gunn is teaching accounting in the Hoogland Undergraduate Business Program. She’s impressed with what she’s seen so far. “The students are amazing,” she says. Gunn believes the expanded coursework in accounting may entice more students into the field. “People sometimes view accounting as just counting people’s money; there’s an aspect of that, but then there’s all the cool stuff, where you have a strict set of rules and you can figure out all these go-arounds and loopholes. That’s where it gets interesting.”