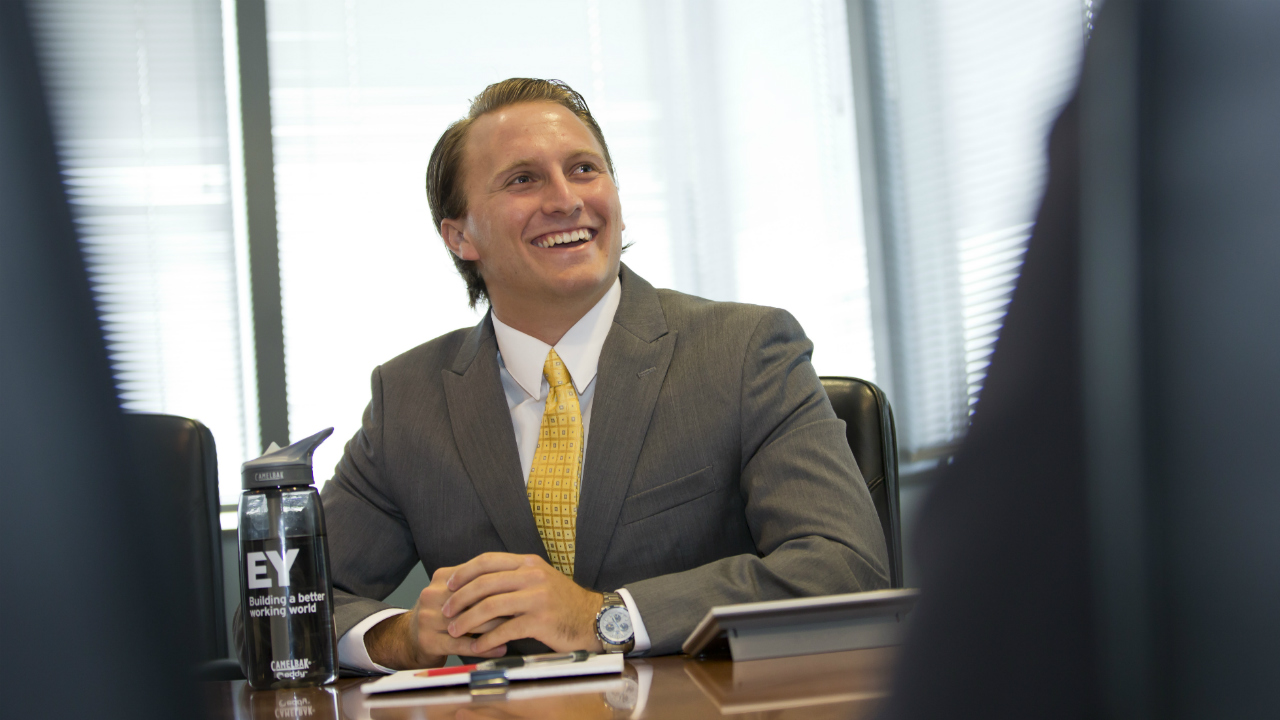 Cam Cooper (MAcc’15) came to Bethany College to play football and major in economics. Through his coursework, he developed an interest in accounting and decided that he wanted to pursue a career in the field after graduation. A summer internship at a regional accounting firm before his senior year confirmed his interest.

“I got exposed to the audit track through that internship, and I thought that it was something I could see myself doing and that it was a good place to start my career, (given) the opportunities and experiences you get early on,” he said.

There was only one problem: Cooper wasn’t an accounting major, so he didn’t have the academic grounding he needed to enter the field. He looked at Master-level Accounting programs to give him the knowledge he needed and decided that Vanderbilt was the perfect fit.

Setting Himself Up for Success

Cooper was immediately drawn to Vanderbilt’s close relationships with the Big 4 firms, as well as the embedded CPA exam prep, not to mention the high pass rates.

“The exposure you get to the Big 4 partner firms with the MAcc Assurance program is probably unrivaled among many of the other Master of Accounting programs,” he said. “When I was going through the program, (the CPA exam pass rate was) ranked No. 1 in the country. Seeing that when you’re applying to schools…it’s tough to argue with.” 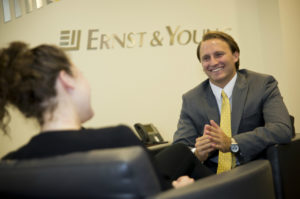 Cooper also liked the practical, technical knowledge students gained in classes, including audit-driven simulations and mock client interviews. Students immediately apply this knowledge to the real world with an immersive, paid internship in Mod III, which runs January through March.

“You’re given the opportunities that they would generally hand to a first-year staff associate on the engagement,” he said. “You’re working on some of the biggest clients in the world, and it’s the busiest time for a lot of our engagements. You get real world opportunities that, I would say, not a lot of other interns get.”

Cooper interned at EY’s Nashville office and returned full time after graduation as an Assurance Associate. He began meeting “right away” with controllers, vice presidents, chief financial officers, and other executives at major client companies, which he says wouldn’t have happened if he had pursued a different career.

In his two years at EY, Cooper has taken on increasing responsibilities, recently earning a promotion to Senior Assurance Associate. He credits his mentors with helping him land the job and succeed once he started.

“I have a ton of pride, and I want to give as much back to Owen as I can. (The program) has given a lot of opportunities to me so far in my career,” he said.

I have a ton of pride, and I want to give as much back to Owen as I can. -Cam Cooper

Specifically, Cooper wanted to give back to other up-and-coming young professionals beginning their accounting careers. This past fall, he began serving as a recruiting coordinator at EY in addition to his other tasks, working with Vanderbilt to recruit MAcc students from the program.

“I’ve seen it first hand on the recruiting side now…We’re focused on — and have a lot of pride in — recruiting Vanderbilt MAcc students, because we know what type of students we’re going to get from that program,” he said.

As for college students or recent graduates still figuring out what careers they want — as he once wondered himself — Cooper urges them to consider public accounting. “The opportunities and experiences that you get right from the beginning of your career are unrivaled by other jobs,” he said.

To learn more about the Master of Accountancy at Vanderbilt Business, visit the program page or request information.