Skip to main content link
Home
What Is Tokenism, and Why Does It Matter in the Workplace?
Apply
News & Events

What Is Tokenism, and Why Does It Matter in the Workplace? 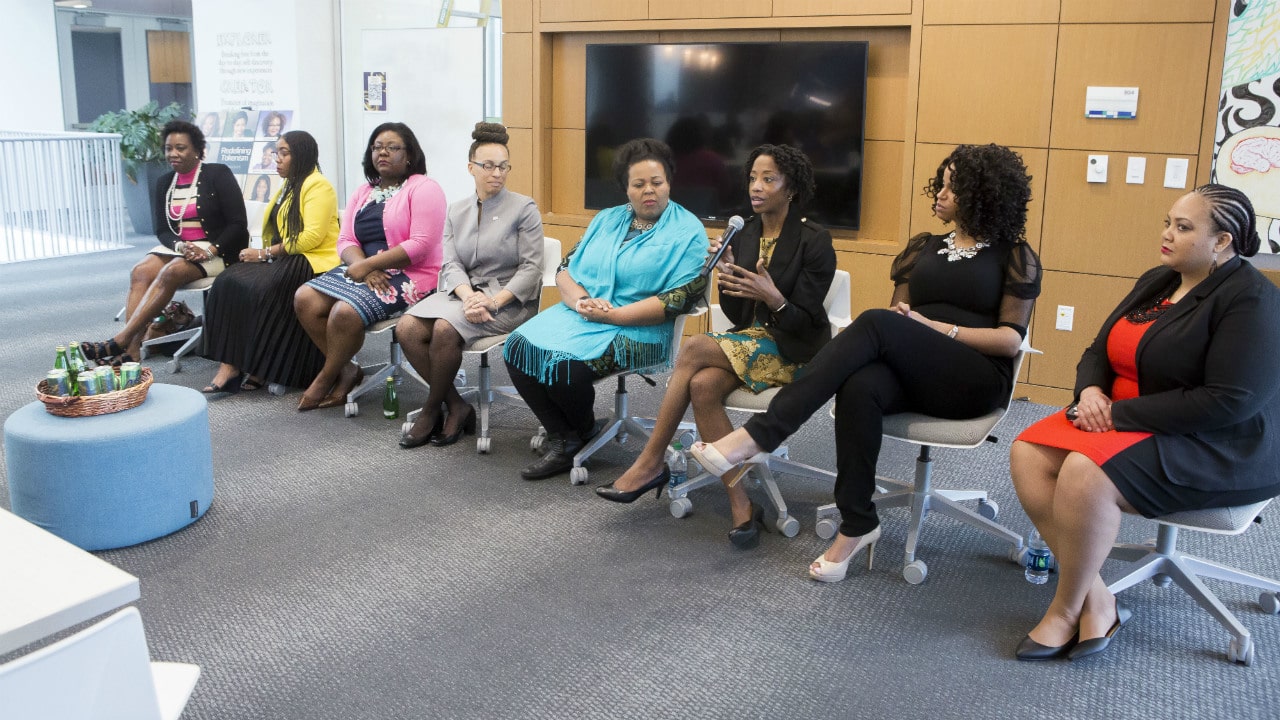 A recent panel at The Wond'ry explored the effects of tokenism in the workplace, and how businesses and employees can address it

February is Black History Month, and both Vanderbilt Business and Vanderbilt University have commemorated the month with a variety of programming. Last week, The Wond’ry hosted a panel of eight African-American women business leaders from the Vanderbilt and Nashville communities, including two representatives from the Owen Graduate School of Management: Vice Provost for Inclusive Excellence and Professor of Management Melissa Thomas-Hunt and Director of Admissions Consuela Knox.

Moderated by Dominique Anderson — Program Coordinator for Equity, Diversity, and Inclusion at The Wond’ry — the panelists discussed what diversity and tokenism look like within a business context. Participants included:

The panel kicked off by defining tokenism: “the practice of doing something (such as hiring a person who belongs to a minority group) only to prevent criticism and give the appearance that people are being treated fairly” (via Merriam Webster).

Knox pointed out that intent is important in deciding whether or not a company is engaging in tokenism. If there’s only one candidate from an underrepresented minority within a group, that could be an instance of tokenism — or maybe the company is only just beginning its diversity efforts. Or perhaps the company genuinely wants to improve diversity among staff, but past initiatives have been lacking.

“You could be in an organization where there are very few people like you. And in one regard, it could have been that you were hired as a token,” she said. “In another regard, it could be a company that’s really, genuinely interested in diversifying but their efforts haven’t been fruitful…the intent was good, they just haven’t gotten things lined up well.”

Tokenism: “the practice of doing something (such as hiring a person who belongs to a minority group) only to prevent criticism and give the appearance that people are being treated fairly.” -Merriam Webster

What Can Businesses Do About Tokenism?

There are three components to preventing tokenism: diversity, equity, and inclusion. Diversity means having students or staff from a variety of backgrounds, including ethnicity, race, gender, socioeconomic class, sexual orientation, and nationality. Equity ensures that everyone has equal access to resources (e.g., salaries, networking, and mentors).

As the term indicates, inclusivity means that each member, no matter their background, feels welcomed and valued within the group. Panelists talked about how inclusivity extends to the individual, and that employees shouldn’t feel like they have to leave part of their identities at home when they go to work. 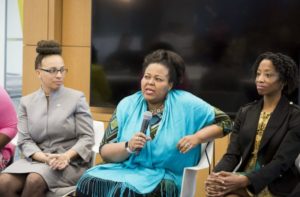 Melissa Thomas-Hunt speaks at the panel. Consuela Knox sits to her left.

“Organizations give themselves short shrift if they take a very unidimensional perspective,” Thomas-Hunt said. “There’s a whole entire person and a set of experiences that can be leveraged to the benefit of the organization.”

One critical step in combating tokenism — and encouraging diversity, equity, and inclusion — is ensuring that employees aren’t called upon to be the lone representative for their entire group. Unfortunately, this happens a lot: Kia Jarmon recalled getting separated from the only other African-American student in the fourth grade; they were placed in separate classrooms to give the appearance of “diversity,” and this has continued to happen to her throughout her career. Companies can help forestall tokenism by making sure there’s more than one person from each demographic in a group.

Furthermore, companies that increase diversity, equity, and inclusion also experience better performance and results. “Even when you look at corporate bottom lines, the ones that have more diversity have higher profit margins,” Knox noted. A recent study in the Harvard Business Review found that companies with above-average total diversity have 19% points higher innovation revenues and 9% points higher EBIT margins, on average.

How Should Students or Employees Respond?

In an ideal world, diversity, equity, and inclusion would work together to create a successful, welcoming culture at every company. But what should job candidates and employees do if they suspect they’re being tokenized in a work setting?

“For those of us who are new to particular spaces, we need to avail ourselves of every opportunity to build relationships,” Thomas-Hunt said. “Sometimes it is going to be because of tokenism, but it’s what you bring to it (that matters)…so step into it.”

“People do business with who they know, and who they trust,” Susan Vanderbilt added. “You can’t wait until the opportunities come…you have to build those (relationships) ahead of time.”

However, feeling like a token can be draining on employees, especially if they’re the only (for example) female, African-American, or millennial in their department. Panelists urged listeners to seek support from people who can identify with their struggles so they’re getting replenished outside of the workplace.

“When you don’t have that diversity group or that support that you might need in the job, be sure that you’re getting it outside the job,” Knox said. “It’s important to join these other organizations that are going to empower you outside of your job so you can show up and perform like you should when you’re in the workplace.”

Which Program is right for you?