Joe Blackburn shares insights from a lifetime of research and teaching 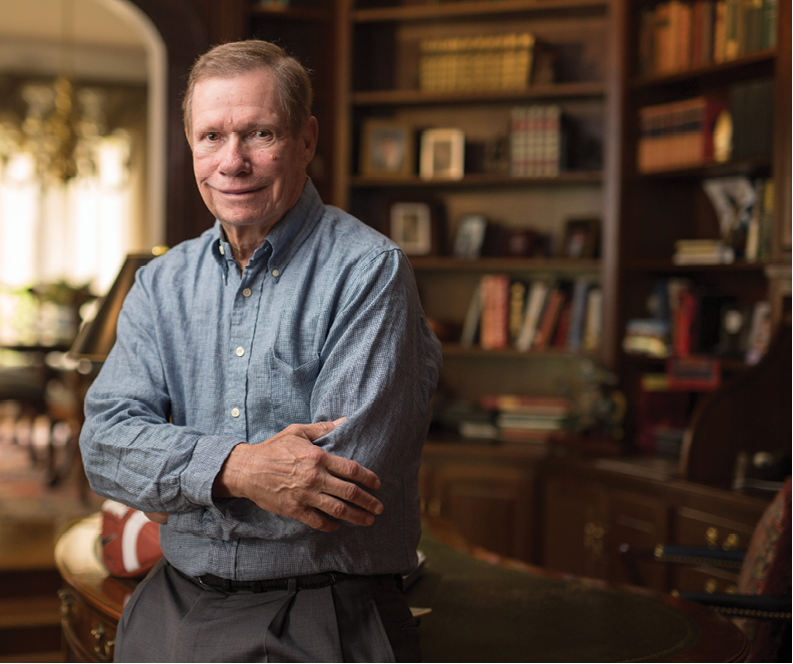 Joseph D. Blackburn, BE’63, the James A. Speyer Professor of Production Management, Emeritus

Joseph D. Blackburn, BE’63, had a much better idea. Blackburn, the James A. Speyer Professor of Production Management, Emeritus, declined to draft the content of a last lecture (he said it sounded too much like writing his own obituary) but offered to give Vanderbilt Business a transcript of what he’d say in a presentation similar to a TED talk. Here are excerpts from Blackburn’s “The Continued Relevance of Time-Based Competition.”

Faster than the other guy

Time-based competition was once a buzzword, and many now consider it passé. A recent article in the Economist claimed that speed had lost its importance as a business strategy. I would argue precisely the opposite—that the speed with which businesses can respond to customers has never been more important.

To win this competition among suppliers with equal capabilities, you simply have to be faster than the other guy. No one wants to wait any longer than necessary. From the Middle Ages on, competition among international traders has been based upon time. The principles of time-based competition are, ironically, timeless.

Although the term first attained prominence through the practices of Japanese firms, many firms in America and elsewhere adopted a strategy based on speed that allowed them to dominate their industries (think of Toyota, Dell and Amazon).

In the financial world, the time to analyze data and execute trades has become so important that firms will spare almost no expense to shave microseconds off their transaction times.

With their convenience and exceptional delivery speed, Amazon continues to gobble up huge chunks of business in all segments of retail from their conventional brick-and-mortar competitors (including their online divisions).

Through conducting studies of time-based competition, I became interested in the value of time in an industry—that is, what is the value to a firm of a specific improvement in response time? Taking it one step further, how does the issue of time impact businesses that are trying to develop more sustainable operations?

This has been the basis for my latest and possibly last research projects. It is an interesting new area because of the need to improve the environment by making more efficient use of production resources and products. Our research has focused on how to extend the life of products beyond their initial use through remanufacturing, reuse and recycling. We found that, in industries with high time-value products such as computers and cell phones, delays in recovery and reconditioning of those products caused significant losses in profitability. Time-based recovery processes are needed to make reuse economically sustainable. I—and my fellow researchers—have explored the barriers to sustainability in these recently published articles in Science Direct (vu.edu/blackburn1) and California Management Review (vu.edu/blackburn2).

I remain interested in applications of value of time for product development and for supply chains, but I am doubtful if any major new projects will emerge. In retirement, the value of time takes on a much different, more personal meaning. I can play as much tennis as I’m physically able and travel as much as I’m financially able. Although I thoroughly enjoyed my teaching and research career at Owen, I haven’t found another teaching opportunity that is as appealing as having the free time for other activities.

The pioneering work on time-based competition was done by visionaries at Toyota and the Boston Consulting Group. If I made a contribution, it was to describe and communicate the relevance of these concepts to business and academia. Hundreds of papers, conferences and several books have been written on the subject, and the principles have been adopted worldwide. For me and my career, time-based competition changed everything.

Among the important lessons I’ve learned from research and teaching, three things stand out. First, the best research and teaching are informed by practice. You have to be in touch with, work with and learn from industry. Teaching, especially executive teaching, is enriched by an ability to relate the concepts to actual company experiences.

Second, most of the major advances in the practice of business operations have come not from academia, but from industry. The time-based competitive practices we know today were first developed at Toyota. The quality movement of the 1980s and the development of modern supply chains also were practice-driven. The time I spent in industry learning about time-based competition gave my writings more impact on practice and changed my view about how to conduct research. Time in the field working with practitioners and learning from them can pay huge dividends.

Finally, researchers should be bold and seek out interesting collaborators. Unless you are that rare innovator, you will not find the new, counter intuitive idea that characterizes good research—the research that changes how people think about things. Any success I had in research is because I have had outstanding collaborators or mentors. Chief among them was the late Bruce Henderson, founder of Boston Consulting Group and a great friend of Vanderbilt and the Owen School.