The Chief Admissions and Recruiting Officer touched the lives of students, faculty, and staff at Owen for more than 20 years

Tami Tinsley Fassinger, a beloved member of the Owen community, passed away on August 15th in Nashville. She was 55.

It’s difficult to measure the depth and breadth of Fassinger’s impact during her time at Owen. She worked in the Career Management Center, admissions department, and executive programs before assuming her most recent role as Chief Admissions and Recruiting Officer, a position that touched every degreed program at the school.

“Tami spent much of her career helping MBA students launch careers,” said M. Eric Johnson, Ralph Owen Dean and Bruce D. Henderson Professor of Strategy. “Throughout her career Tami contributed to the profession. She worked tirelessly on behalf of Owen alumni. Her spirit will surely live on anytime the Owen family gathers for food and fellowship.’’ 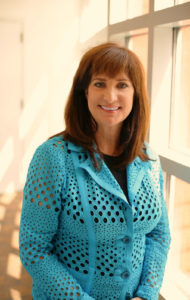 Fassinger, who graduated from Vanderbilt in 1985 with a Bachelor of Arts in Russian, took a role in Owen’s Career Management Center in 1989, working to promote Owen’s national visibility among recruiters, which led to strong placement records and student praise. She went on to run the MBA Admissions team in 1994 before returning to the private sector three years later.

After working as a recruiter for executive search firm Management Recruiters, Cap Gemini Ernst & Young, and the Graduate Management Admissions Council, Fassinger returned to Owen in 2004 as an Associate Dean of Executive Programs, where she directed recruiting and student services for the Executive MBA programs. She launched the Americas MBA for Executives (now called the Global Immersion Track) and the Master of Management in Healthcare. She also directed non-degree executive and custom programming.

Most recently, Fassinger was focused on degree program innovation, exploring opportunities within programs and new programs to meet the changing demands for graduate business education. She oversaw the launch of the VU2MBA admission option for Vanderbilt Undergraduates. She also organized and attended Closing Bell events in key cities.

A long-time contributor to the EMBA Council (EMBAC), Fassinger was elected to its Board of Trustees in 2016. In 2017, EMBAC debuted a new award to recognize innovation in the EMBA industry, making Fassinger the first recipient and subsequently naming the award the Tami Fassinger Spirit of Innovation Award. At that time, Michael Desiderio, EMBAC executive director, noted “Tami embodies the spirit of pursuing novel ideas that help advance the industry.”

Through the generous support of many Vanderbilt alumni — particularly members of Owen’s Alumni Board — the Owen School recently built a fireplace as part of the Walker Library renovation and dedicated it to Fassinger. Three weeks ago, Fassinger spent an afternoon with staff, faculty, and alumni to celebrate the official naming of the Tami Fassinger Executive Fireplace. The Fassinger Fireplace is a venue where students can meet alumni and visiting executives to make new friends and learn about careers.

Fassinger is survived by her husband Glen and two daughters, Leah (BE/BA’18) and Jenna, a current Vanderbilt student. Service plans will be forthcoming.

For a closer look at Tami’s life at Vanderbilt, visit our photo gallery that captures her life in the Owen community.