Managers of public companies provide more voluntary disclosures in the months leading up to gubernatorial elections, but only if they continue real activities such as investment spending

Many people associate changes in stock market activity with presidential and other national elections — but state elections can also have an impact by influencing the type and frequency of financial disclosures investors use to make investment decisions, according to a new working paper by Assistant Professor of Finance Joshua T. White.

“A lot of attention is given to how presidential elections affect the stock market, but governor elections significantly impact companies in those states…Governors influence policies on state-level corporate tax rates and local labor laws, and have sway on spending and incentives for new business and investment,” White explained.

White’s paper, titled “Political Uncertainty and Firm Disclosure,” co-authored by Audra L. Boone of Texas Christian University, and Abby Kim of the U.S. Securities and Exchange Commission, finds that corporate managers dynamically adjust their financial disclosure strategies in the months leading up to governor elections because of the potential impact of impending policy changes on company cash flows.

Using 16 years of U.S. gubernatorial elections, and corresponding market data from U.S. publicly traded companies, the researchers analyzed the effect of political uncertainty on companies domiciled in an election state. They investigated whether or not governor elections reduced the market quality of these companies’ traded securities, leading to greater price volatility and decreased turnover.

The researchers also looked at how governor elections might affect the frequency and content of companies’ mandatory and voluntary disclosures in response to that uncertainty. Publicly traded companies have to release mandatory disclosures when they engage in certain types of financial activities, such as buying another business. Voluntary disclosures are not required by regulators, but many companies furnish them in order to communicate forward-looking information with current shareholders and potential future investors. This information could be particularly valuable to investors when uncertainty is higher, such as during a governor election period.

Secondly, mandatory disclosures decline overall in election states, meaning companies in those states have cut back on real activities such as investment and capital raising. Meanwhile, voluntary disclosures rise overall, likely in an effort to reduce market quality deterioration.

“This increase [in voluntary disclosures] primarily occurs via Reg FD disclosures, which suggests that the greater disclosure could be partially driven by demand from external parties like analysts and institutional investors,” the authors noted. 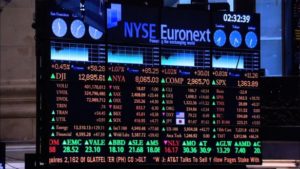 In additional tests, the researchers examined other characteristics that correlate with the tendency to increase voluntary disclosures during the months leading up to the election. They found that the rise in voluntary disclosures was largely driven by companies with more analysts following their stock, greater institutional ownership, greater capital expenditure investment, lower proprietary disclosure costs, and those with insiders that tend to buy but not sell their own shares.

In other words, these were companies that were unlikely to be negatively impacted by state-level policy shifts and were continuing business as usual. The researchers theorize that these companies may have been making more voluntary disclosures in order to calm markets and reassure investors and analysts.

Likewise, companies that did cut back on real activities in response to political uncertainty may forego voluntary disclosures in order to avoid calling unwanted attention to that fact. “Our interpretation is that companies provide voluntary disclosures to the market when they continue real activities—proxied by no change or increased mandatory disclosures—but if they are one of the companies where activities decline, managers do not voluntarily disclose that ahead of time,” White explained. “Instead, managers of these companies wait and deliver the bad news later in a mandatory filing, or hope that the election outcome is in their favor. This helps explain why uncertainty remains elevated overall despite the additional transparency.”

The study demonstrates how managers respond to temporary changes in uncertainty and the information environment, in contrast to much of the prior academic literature, which has focused on permanent changes. White said that managers of companies facing temporary uncertainty — such as those located in the 36 states currently hosting gubernatorial elections — should carefully consider the role of voluntary disclosure and the potential value of increased transparency, rather than simply waiting for the moment to pass.