How I Got the Job: Commercial Strategy Analyst, American Airlines

Caleb Harper (MBA'19) pivoted from getting his Ph.D. to earning an MBA, and used the degree to secure a full-time strategy offer at one of the world's largest airlines 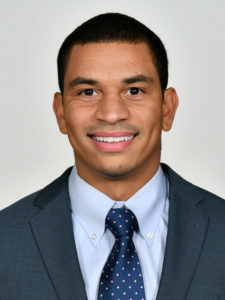 Caleb Harper (MBA’19) always planned to earn a second degree, but originally thought he’d get a Ph.D. rather than an MBA. After earning his undergraduate degree in economics, he planned to take a gap year before he enrolled in a Ph.D. program. He made it three months before he got a “real job” working in operations at a freight trucking company.

After he started working, Harper quickly realized that an MBA would be a much better fit for where he wanted his career to go. “Once I made that switch, I knew it was going to be an MBA if it wasn’t going to be a Ph.D.,” he recalled.

After four years of work, he decided it was time to go back to school and enrolled at Owen. He was immediately drawn to consulting work, and eventually expanded his recruiting to include internal strategy roles as well. He interned at American Airlines this summer as a Commercial Strategy Analyst Intern in Cargo – Revenue Management and will be returning full-time after graduation.

Harper says that he’s most looking forward to the many different opportunities he’ll have at American Airlines. “It’s such a big organization that you can jump into all kinds of functions. They actually encourage that from their leadership,” he said. “They want you to be sort of a generalist and have a well-rounded perspective of the company.”

Click through Harper’s timeline below to find out how he landed the offer.