Failure is not a comfortable topic for most, but the fourth annual Turner Family Center for Social Ventures Summit tackled this taboo headfirst on February 9 with its bold theme “Growing Through Failure.” Students gathered to hear from business and social impact leaders from around the country and world — including Nashville, Chicago, Toronto, and Costa Rica — and to learn about the various aspects of building a social enterprise. 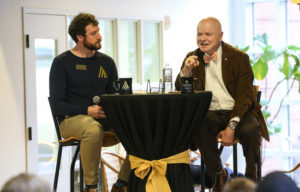 The day of learning culminated in a keynote address by Cal Turner, Jr., a proud Vanderbilt alum and former CEO and Chairman of Dollar General, which his father and grandfather founded in 1939. Turner is also the founder of the Cal Turner Family Foundation, whose generous donation enabled the founding of the TFC. In fact, Turner’s gifts to Owen began over a decade ago, with his Foundation’s initial donation to help jumpstart the Project Pyramid course, which is still going strong. Turner recently supplemented his original TFC gift with an additional $2 million donation. Through Turner’s investment, the TFC seeks to cultivate students’ leadership and impact through graduate school and their careers, a mission that both the Turner Family Foundation and Cal himself value greatly.

At the summit, the wealthy business leader shared the wisdom he accumulated over nearly three decades of serving as the CEO of Dollar General. Here are his top five takeaways on effective leadership:

1. Separate the person from the problem.

Growing up, Turner’s mother would often tell him, “Son, for a good boy, you get into a lot of trouble.” This practice of separating the person from the problem directly influenced Turner’s approach as a leader. He refused to point fingers when mistakes were made at Dollar General and instead focused his energy on helping employees fix any issues that arose.

Turner attributes much of his success to his struggle grasping the retail industry. “I didn’t understand retailing and I admitted it to all the people in the company who were good at retailing,” he said. “I would say, ‘Look… I admit I’m over my head and I need your help, but I promise you, if you will give us your help to figure out what we can do with this company to give a better life to our struggling customers… we’ll share that success with you.” By harnessing the expertise of his employees, Turner was ultimately able to grow Dollar General into a Fortune 500 company exceeding $6 billion in sales.

3. Sometimes, the hard choice is the right choice. 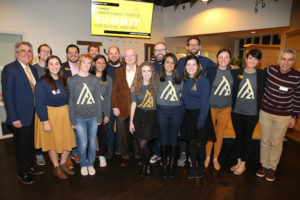 To Turner, Dollar General is more than a business; it is a family legacy, passed down from his grandfather to his father, and then down to him and his brother. However, as CEO, Turner was responsible not only for the success of a family business but also a public company. After a series of difficult acquisitions, Dollar General found itself in dire straits and Turner was faced with the challenge of getting the business back up to par. He found himself at odds with the COO, who also happened to be his brother. Turner struggled with the difficult decision of letting him go and the risk of damaging both familial and corporate relations. In the end, he chose to move ahead with re-staffing the COO and other senior management positions, which turned out to be the right choice for the company’s success.

“(The decision) certainly defined the company, and the company started hitting stride,” Turner said. “It really started growing after that.”

4. Focus on the positive.

While Turner emphasizes the importance of failure and learning from your mistakes, he is also a strong proponent of celebrating your successes. As the boss’s son, he says he was always fascinated by the careers of other boss’s sons. With a dose of self-deprecating humor, Turner claims that one such son was “better looking, more intelligent, and had everything going” for him, in addition to being a lawyer and CPA.

Despite these indicators of potential, his company was not as successful as Dollar General, an outcome Turner attributes to their fathers’ different approaches to parenting. If the other boss’s son received all A’s and one B, his father would berate him for the one B, while Turner’s father would congratulate him on his A’s. “The affirmation component of… leadership is critical to success,” Turner said.

Though now retired, Turner is far from inactive. He has committed himself to mentoring and the study of theology, actively seeking out viewpoints different from his own. In May of last year, he also published the book My Father’s Business, a first-person account of the rise of Dollar General from its small-town roots to a national billion-dollar business.

Turner attributes part of his success as a leader to his natural curiosity. “I hope you never figure (leadership) out because when you have, I think you have blunted your edge,” Turner said. “There’s more to learn than you ever know.”

After Turner concluded his talk, students dispersed to chat with panelists or each other and make their way to the summit happy hour. On the way, they discussed the day’s sessions — which ranged from social enterprise careers to human-centered design — following Turner’s encouragement to never stop learning.