Many Executive MBA students consider local programs for convenience, reasoning that they don’t want to “waste” time commuting when they’re already working and studying. But others find the commute worth it to attend a prestigious institution like Vanderbilt, and see their investment pay dividends as they progress in their careers. We talked with four Executive MBA graduates from around the Southeast to discover why they chose Vanderbilt Business and how getting their MBA has helped their careers so far. 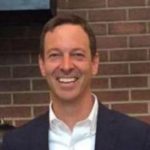 Prior to getting his MBA, Lucas Mininger (MBA’02) had spent most of his career working in development and major gift fundraising at his alma mater, Covenant College. Then he realized that he wanted to move beyond fundraising and higher education, and decided to enroll in an Executive MBA program to help himself grow professionally and widen his career options. Mininger chose Vanderbilt Business for its great reputation, and commuted from Chattanooga for classes.

The additional education paid off when he was able to leverage his degree to transition into brand management and marketing roles. “(The Executive MBA program) enabled me to make a pivot point to a new career,” he said. “It’s a bridge point, mentally, to give people permission to try you out in something you don’t have direct experience in.”

Mininger went on to marketing leadership roles in several companies, including Church & Dwight (which makes Arm & Hammer) in Princeton, NJ, as well as Chattem Inc, a Sanofi Company, in Chattanooga, TN. He recently used his MBA degree and work experience to make another move, this time to Milo’s Iced Tea in Birmingham, where he’s now VP of Marketing.

“When you live outside the Southeast, you want a program that translates…Had I (earned) a regional degree, I don’t think I would have gotten the same opportunities,” he said, noting that the school has strong name recognition in the various places he has lived. “Vanderbilt is not a regional program, Vanderbilt is a national program…Why spend two years of your life and countless hours of deep dive study if in the end you’re not going to get a product that you’re really proud of, and that you can really leverage?” 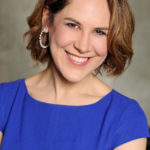 While Audra Watt (BS’05, MBA’14) loved her job as a product manager at Medtronic in Memphis, after a couple years at the company, she realized that she needed more education to take the next step. The Double Dore — who graduated with a double major in chemistry and economics in college — didn’t have a lot of prior exposure to business education. “I realized that to grow even further — I was handicapped by a lack of basic business knowledge,” she said. “I decided at that point that it would make sense to go and get an MBA.”

While she had MBA options in Memphis, Watts specifically looked for an Executive MBA program outside of her hometown. “I did want to expand my network outside of just Memphis…Part of me going to get an MBA was to bust out of my comfort zone and get more perspectives,” she said.

The Executive MBA program broadened not only her network, but also her view of potential career opportunities. After graduating, Watt decided that she wanted to move to working on more advanced healthcare technology rather than only medical devices. A reorganization around this same time opened up some roles at Medtronic, and Watt was able to make that transition, first to a Marketing Program Manager, then later becoming the Senior Manager and Global Core Spine Therapy Segment leader.

Watt says that when she got the call about the new role, “I was like ‘wow, this is literally exactly what I wanted to do, because I have a lot of ideas in this space given this new perspective that I’ve (gained) in my MBA program.’” She also says that the Executive MBA program “played a huge part” in her getting the new role.

“Having a basic understanding of the business allowed me to more effectively ask questions…and maximize and create value by connecting the dots between otherwise disparate functions,” she added. 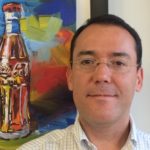 Ricardo Shelley (MBA’01) can testify that the Vanderbilt degree isn’t just respected around the U.S., but around the world. His career has taken him to several Latin American countries, and he also worked for the Europe/Middle East/Africa (EMEA) group at one point during his long career at The Coca-Cola Company. “I knew I wanted a degree from a top tier school…(Vanderbilt) clearly has a very strong reputation in Latin America, and I believe that’s also true across Europe,” he said.

In fact, Shelley actually flew in for classes from Bogota, Colombia and then Caracas, Venezuela during his time in the EMBA program. He was part of a cohort known as the International Executive MBA (IEMBA), which met in both Miami and Nashville for classes. (While the IEMBA is no longer offered, Vanderbilt’s unique Global Immersion track still provides an opportunity for EMBAs seeking a more international experience.) Shelley made the move from Colombia to Venezuela as part of a career switch from the Kellogg Company to The Coca-Cola Company, where he’s been ever since.

But Shelley has continued building his career and moving around within Coca-Cola, doing stints in the Mexico group, the corporate strategy group, Latin America group, and the EMEA group; right now, he lives in Atlanta, working out of the office there. He credits the Executive MBA program with helping him make the pivot to these more strategic roles. “I think the Owen degree gave me confidence in my thinking, confidence in my analysis, confidence in my proposals… It really opened up the opportunities for me across most areas,” he said.

Mostly recently, Shelley accepted a General Manager position in a new operating group at Coca-Cola called Global Ventures, which seeks to maximize investments and acquisitions such as Minster Beverages and Costa Ltd. “It’s very exciting and quite complex,” he said of his new role.

While Shelley may have moved around both location-wise and career-wise, he’s maintained ties with Vanderbilt, and has attended several alumni events in Atlanta so far. And he’s still in contact with his fellow classmates as well. “To this day, I’m still in touch with several of my colleagues across multiple industries and across multiple countries,” he said. 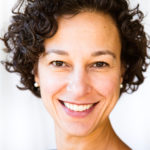 Layla George (MBA’18) loved her job as a Director of Development for Louisville Public Media, but “I also knew that I didn’t want to be just a fundraiser for the rest of my career. And in order to do that, I needed to build my financial acumen,” she said. A friend’s husband had attended the Vanderbilt Executive MBA program, and suggested that George look into it since the program was looking for candidates for its Center for Nonprofit Management scholarship. George heeded his advice, not only enrolling in the program but also earning the scholarship.

At first, George wondered if she could balance attending the program and commuting with working a full-time job and taking care of her family. After all, the drive from Louisville to Nashville takes three hours one way, and the program is a significant time commitment on its own. But after talking with other friends who had attended various Executive MBA programs, George realized the value in attending a program in another city and having a clear break between school and the rest of her life. “That really was attractive to me, this idea that it was a physical destination and really sort of a mental and emotional destination as well. And that proved to be very true,” she said.

George hadn’t even graduated yet when she leveraged her Vanderbilt MBA education to make a big career move, accepting a position as the President and CEO of the Olmstead Parks Conservancy in February 2018. “Any time you’re applying for a job, and someone sees ‘Vanderbilt MBA’ on your resume, it gives you so much credibility before you even walk into the room,” she said of applying for the job.

While she’s only been in her new role about a year, George says she’s already been able to apply what she learned in the program to her job at Olmstead. “For me, as a nonprofit executive, it was so great to be exposed to those for-profit ideas and business practices,” she said. “I transferred that (knowledge) immediately to my new job…I could certainly mesh what I was learning at Owen with what I was doing on a daily basis.”

To learn more about the Executive MBA program, visit the landing page or request more information.

Path to the Promotion: Ventures Program Director, Banner Health
Read More >
How I Got the Job: Quality Engineering Specialist, Toyota North America
Read More >
How to Make the Most of the First Week of the Executive MBA Program
Read More >