Eric Johnson, Dean of the Vanderbilt Owen Graduate School of Management, announced that Cindy Kent will speak at the school’s commencement on May 10, 2019. 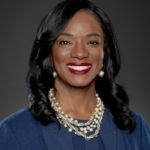 With over 25 years of experience in the healthcare industry, Kent has held leadership roles with 3M, Eli Lilly, and Medtronic — the world’s largest medical technology company. Most recently, Kent served as the President and General Manager for the Infection Prevention Division of 3M and was a member of 3M’s Executive Conference, an association of the company’s top 100 senior executives. In October 2018, Kent was named to the Best Buy Co.’s Board of Directors. Kent is often cited as a key woman in corporate leadership, as well as part of a short list of women serving on corporate boards.

In her role as President and GM of the Infection Prevention Division at 3M, Kent led the division’s $1.7B in global business operations in sixty countries and managed sales in 170 nations worldwide. Under her leadership, the division achieved one of the highest growth rates and margin expansion in the past 20 years.

Prior to leading the Infection Prevention Division, Kent was appointed to head 3M’s Drug Delivery Systems Division from her previous role as Vice President of Strategy, Business Development, and US Key Accounts. Under Kent’s leadership, the division revitalized the $500M product pipeline and accelerated innovation, while driving revenue growth and margin expansion. One product, the 3M Intelligent Control Inhaler, won the 2016 CPhI Pharma Award for Excellence Drug Delivery Devices.

Before joining 3M, Kent served as Vice President and General Manager of the Gastro/Urology Therapies business unit at Medtronic. By revamping the commercial strategy, streamlining sales operations, and revitalizing the product portfolio, Kent helped the global franchise rebound from a declining growth rate to become one the fastest growing businesses at the company.

Kent began her long stint and leadership in healthcare at the mid-size pharmaceutical company, Eli Lilly. Over a 15-year career with the company, Kent served in roles of increasing responsibility across Manufacturing, Human Resources, Sales and Marketing.

Kent has been repeatedly recognized for her commitment to excellence in the workplace and her community. In 2018 she was named Lead360’s “Executive of the Year” and in 2017 Black Enterprise Magazine named her one of the “Top 100 Most Powerful Women in Business” and one of the “Most Powerful Executives in Corporate America”. Kent was designated one of the “Top 35 Women Leaders in Healthcare” by the Women’s Health Leadership TRUST in 2014, named a Woman of Distinction by the Girl Scouts of America and a Henry Crown Fellow at the Aspen Institute in 2013, received the Society of Women Engineers’ Upward Mobility Award, and was a 2007 German Marshall Fellow.

Kent received dual Masters degrees from Vanderbilt University: a Masters of Divinity in Pastoral Care & Leadership as well as her MBA in Marketing. She completed a BS in Industrial Engineering and Management Sciences from Northwestern University. A native of Tennessee, Kent lives and works in the Twin Cities of Minnesota.