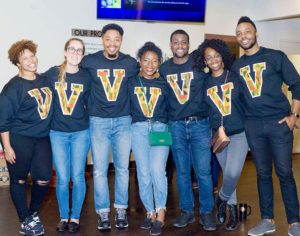 For incoming president Jasmine Greer (MBA’20), the Owen Black Students Association (OBSA) was instrumental in helping her find a community at Vanderbilt Business. As a brand-new first-year student, Greer attended OBSA’s Night Out event, where she bonded with some of her fellow students over a game of Uno and began building the friendships she would foster throughout the rest of the school year. “What made it so special was because it was the beginning of the year, I didn’t know anyone… and it was a great space to be able to know the (other students),” Greer said.

OBSA seeks to empower the next generation of black business leaders through academic, professional, and social resources. In addition to Night Out, OBSA offers a rich variety of programming including Black History Week, the Ed Alston Speaker Series, and the Martin Luther King Day March.

While OBSA does host member-only programming, several of the club’s flagship events are open to the rest of the school. “Our mission is to help and support African American students but also really the Owen community,” Greer said. “We are here to serve and to help and improve everyone both professionally and academically.” 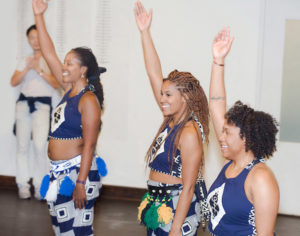 One key way OBSA involves non-members is through Black History Week, which took place during the first week of February this year. OBSA kicked off the festivities with an Opening Bell event, followed by a Jeopardy for the Culture night that put participants’ knowledge of black history to the test. OBSA then hosted a screening of “Do the Right Thing,” a Spike Lee film exploring the consequences of racial tension through the story of an Italian pizzeria. The week culminated in a series of cultural performances, including Spoken Word Night, a Sankofa African Drumming Performance, and Hip-Hop Karaoke at Ms. Kelli’s Karaoke Bar. “It was quite a blast,” Greer said.

By bringing in outside speakers for the Ed Alston series and other events, OBSA seeks to build connections between Owen and Nashville. OBSA also participates in city-wide events, including the annual Nashville MLK Day march. Martin Luther King Day is a meaningful holiday not only for members of the black community, but for all Americans as they commemorate the legacy of civil rights activist Martin Luther King Jr. 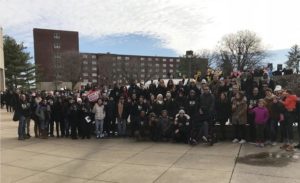 In order to celebrate the strides that have been made and to push for further justice and equality, members of OBSA joined annual MLK Day march in downtown Nashville, mingling with local citizens and students from other schools and taking advantage of free doughnuts and hot chocolate. As part of the day’s events, local Nashville students took to the stage to share their experiences through spoken word. “It was really inspiring just to hear how young people are so insightful and making an impact in what they’re doing,” Greer said. “You could feel the unity in the air.”

As incoming president, one of Greer’s goals is to further integrate Nashville into OBSA’s programming beyond just MLK Day. Next year, she hopes to regularly host outside speakers for fireside chats in addition to the Ed Alston series. “I want to have a stronger link with the community (by) bringing more of the black leaders into Owen,” Greer said. “Part of the MBA experience is developing that network, and so we need more opportunities to develop a network within the black community of Nashville.”

In the future, Greer also looks forward to partnering with other student organizations in order to foster inclusivity and intersectionality. “I don’t want (OBSA) to be (open) to just African Americans,” Greer said. “I want it to be open to everyone.” She hopes to work with the Owen Culinary Society to host a soul food night, or with Humans of Owen to provide a platform for OBSA members to share their stories. “I really like the trend of transparency and community and I want it to be very fluid within the organization. I want us to be immersed within the Owen community,” she added.