Skip to main content
Home
Where Are They Now? Catching Up with the MSF Class of 2016
Apply
News & Events

Where Are They Now? Catching Up with the MSF Class of 2016 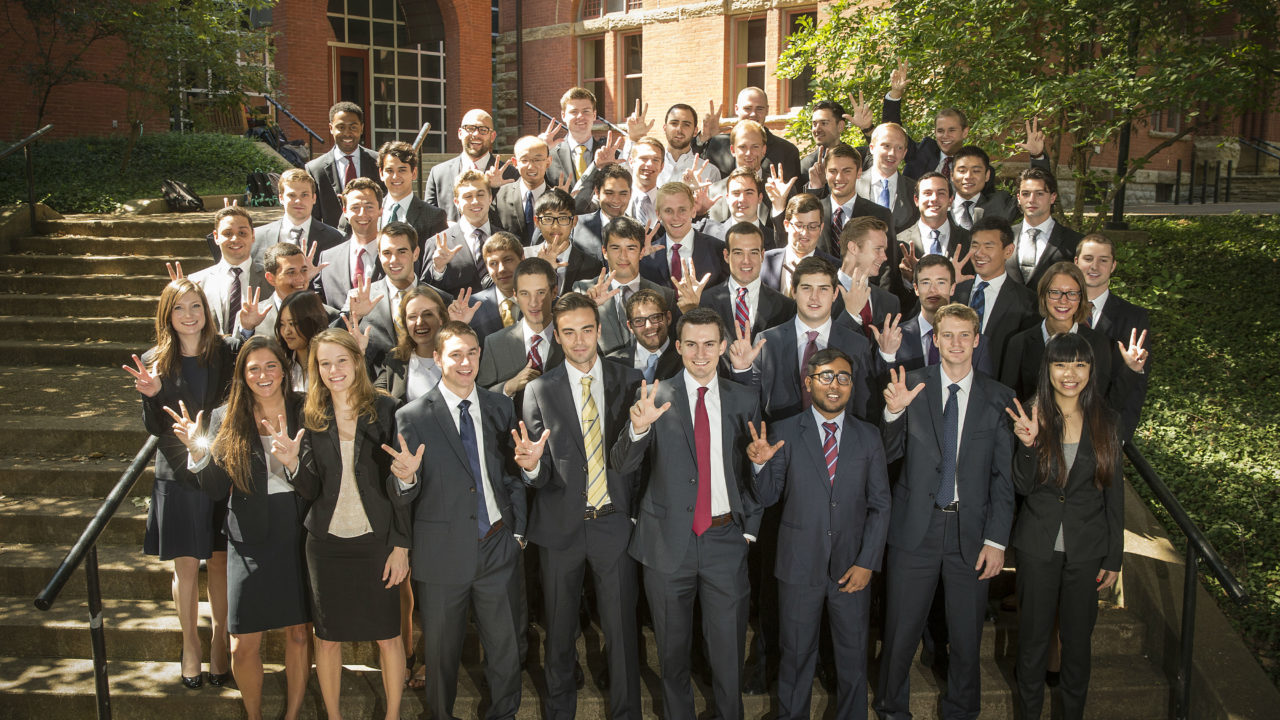 At Vanderbilt, the Master of Science in Finance (MSF) degree isn’t just about building the skills necessary to land a position out of school — it’s about launching a rewarding career with an upward trajectory. For investment banking professionals, those careers often face a crossroads at year three, when they decide whether to stay the course at a bank, move into private equity, or seek another path altogether. We spoke with three MSF graduates from the Class of 2016 to see how their careers have progressed over the last three years. 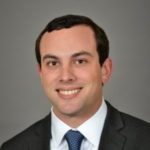 Curley was seeking to launch a career in Investment Banking after graduating from UT-Austin in 2015, and the MSF program at Vanderbilt intrigued him for two reasons. “One, it was about diversifying my network outside of economics at Texas, which has a strong program but fewer networking opportunities,” he explained. “Two, I wanted to diversify my reach beyond Texas.”

As he describes it, the Texas native’s initial career aspirations focused around “Oil & Gas, or some type of asset management role in the Dallas area, but Vanderbilt opened up doors to positions in Nashville, Charlotte, the Western Seaboard and New York.”

Curley interned at Perella Weinberg’s Austin-based asset management division in the summer before he started Vanderbilt. After the program started, Curley interviewed with and earned offers from multiple investment banks, and he ended up signing on as an Investment Banking analyst with Perella Weinberg in New York. By reconnecting with a partner that had interviewed him during the recruiting cycle, he quickly identified an opportunity in the division’s Industrials group, which had no dedicated full-time analysts but M&A (merger and acquisition) transaction deals that needed coverage. “(The partner) had me involved in two higher-profile transactions within two months or so of starting,” he said. “For me, it was about finding the right niche and getting exposure to the transactions side.”

His work on those initial transactions earned Curley the trust of the Industrials team. After a year, he was being placed in client-facing roles and making contact with counterparts at other firms, as well as buyers and sellers of the assets underlying transactions. “The summer after I started, I found myself in a position to lead management presentations as the only Perella Weinberg representative for our client,” he recalled, “which was a unique situation for a first-year analyst.”

Now after nearly three years at Perella, Curley is making a transition to private equity (commonly referred to as “PE”). He will be joining Trive Capital, a Dallas-based middle-market private equity firm, as an Associate in July. “(Investment banking) has always been somewhat of a step in the direction of private equity,” he said, citing the exposure he had to PE firms during his asset management internship. “The investing we were doing on the PE side and learning about growing the businesses, helping CEOs and Board Members grow the ideas they had, that was all extremely interesting to me.”

Curley credits Vanderbilt with helping him develop hard skills that put him on equal footing with his peers that interned in investment banking and soft skills that afforded him “a mature view of the (analyst) role, interacting with MBAs in class, and frankly, (an) extra year to grow up a little bit,” he said. “I had less of a fresh-out-of-college approach to the work we were doing, and I think that’s the reason why (Perella) put me in client-facing roles more quickly.” 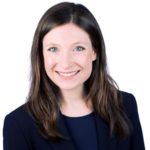 Pisarczyk earned a Bachelor’s Degree in Industrial Engineering from the University of Michigan, but by the end of her junior year, she realized she wasn’t interested in pursuing a career in the field. Through friends and undergraduate electives, she developed an interest in finance, specifically investment banking. Without internship experience and the background of traditional investment banking candidates, however, Pisarczyk believed her best course of action would be to pursue an MSF. “I gave myself a year to learn the basics, go through recruiting, and hopefully get a job in banking,” she said.

She began networking months before starting the MSF program, through Vanderbilt alumni, Michigan connections, and people she knew in the financial world. Pisarczyk was set on finding a position in Minneapolis for personal reasons. With her options narrowed, she employed a somewhat non-traditional approach to the networking process, flying herself to the Twin Cities and requesting meetings. “I sort of had super days at a few places that weren’t officially super days,” she said. “I scheduled my own interviews, and shockingly, it worked.”

Pisarczyk admits that she “felt behind” when she started at Lazard — “most of my peers had been interns and come from more traditional backgrounds,” she said — but she soon realized that she was capable of learning anything she needed to fill in the gaps. “There’s nothing about the job you can’t figure out,” she explained. “When I started, I worked long hours, but it was definitely doable. It took about 6-8 months for me to get up to speed.”

Like Curley, the third-year analyst is moving to the world of private equity. She’ll be joining Peak Rock Capital — a middle-market firm based in Austin, Texas — in July. Private equity recruiting can begin for banking analysts as early as 3-4 months into their job; Pisarczyk spent more than two years at Lazard before deciding to begin the recruiting process. “I was very qualified to talk about my real experience and why I was interested in (private equity), because I knew the things I was missing in investment banking that I was still looking for,” she explained.

Pisarczyk is excited about the transition to private equity; “it could potentially be a long-term career path for me,” she said. In time, she could see herself taking a leadership position at one of a private equity firm’s portfolio companies.

She credits Vanderbilt with introducing her to group project work that mirrors the small team environments common to banking and private equity. The variety of electives was another benefit. “I took a class on tax in (mergers and acquisitions) that I use now,” she said. “It’s helpful to have some background in that area even though I’m not doing tax work per se.”

Hamilton, a London native, attended Fairleigh Dickinson University to play Division I golf. Towards the end of his senior year, he began looking beyond a career in golf to one in business, but didn’t find any opportunities in the field that appealed to him. Intrigued by the career outcomes at Vanderbilt, he applied to the MSF program and moved to Nashville in the summer of 2015.

“One great thing about the program was that it started before I joined,” Hamilton noted. Through his early work with the career services team, he identified an obvious interest in Investment Banking. “I didn’t know much about it, but I wanted something fast-paced, that required long hours and a willingness to work hard, and it seemed to fit the bill,” he said.

A pre-school summer internship at a private equity firm in London offered a taste of life as an analyst and motivated him for the year ahead. “I was raring to go and hit the ground running,” he recalled. “I used every resource and was applying for every investment banking job that I could.”

One of Hamilton’s networking contacts, Vanderbilt MSF alum Jamie Brown (MSF’15), put him in contact with Deutsche Bank in Houston. Hamilton received an invitation to the company’s super day, where he earned a full-time offer. “I had no idea what networking really was, but I had no idea it was such a big thing,” he said.

After graduation, Hamilton joined Deutsche Bank’s Oil & Gas team, where he worked for nearly two years before returning to London last summer to work as an analyst for PJT Partners. “I always wanted to try London,” he explained. “I joined PJT not knowing what to expect, but I’ve really enjoyed it so far.”

Hamilton was promoted to associate at the beginning of the year. He didn’t find the jump to be a dramatic one — as a second-year analyst, he was already managing the work of interns and first-year analysts — but the expectations have changed.

“You really have to think more about the bigger picture,” he explained. “The first and second year (as an analyst) you’re really processing instructions. As an associate, you have to think about what the message is, and what you’re trying to achieve for the client. You also certainly have to know more about the industry.”

When asked about his vision for his career in the future, Hamilton talks about the variety of opportunities available to him. The world of finance in Europe works differently than in the US; for example, advancing from analyst to associate doesn’t preclude anyone from transitioning to private equity down the road. “If you do banking in London, you can get out whenever you want,” he said.

So as it stands, Hamilton is taking an opportunistic stance, enjoying the work he’s doing at PJT Partners and the track he’s on. “My career path is shaping up exactly how I want it to shape up,” he said.

Want to learn more about the Master of Science in Finance at Vanderbilt Business? Visit the program page or request more information.