The Professor for the Practice of Management and Innovation will lead the center for innovation, creative collaboration, design, and entrepreneurship

This post was written by Ann Marie Deer Owens. 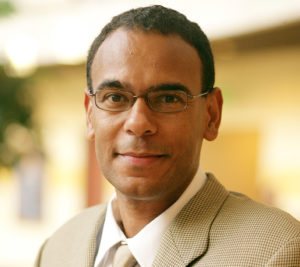 David A. Owens, a leading thinker on innovation and new product development and Owen Graduate School of Management faculty member, has been named the Evans Family Executive Director of the Wond’ry.

Owens is a professor of the practice of management and innovation and succeeds Robert Grajewski, the Wond’ry’s inaugural director. Grajewski is concluding his three-year term having launched the Wond’ry in 2016 as Vanderbilt University’s center for innovation, creative collaboration, design and entrepreneurship.

“From day one, Dave Owens has been a key faculty member for Vanderbilt’s cross-disciplinary hub of innovation,” Wente said. “He helped design the 13,000-square-foot-space and was the first professor to teach there. Dave’s nationally recognized expertise in innovation—along with his commitment for mentoring future innovators—make him the perfect choice to build on the Wondry’s early momentum and development.”

“The Wond’ry has quickly become a welcoming, engaging ‘home’ for many of Vanderbilt’s most innovative and creative students, and I am excited to lead the next phase of this nationally recognized innovation center,” Owens said. “My goal is to help students, faculty and staff to be more effective innovators by making it easier to find tools, mentors, expertise and insights on innovation practice and design research. We will also increase the Wond’ry’s connections to Vanderbilt’s research centers, while working in close partnership with the Center for Technology Transfer and Commercialization.”

Companies where Owens has lent his expertise include NASA, the Smithsonian, Nissan, Mars, Wrigley’s, Gibson Music and LEGO. He was a product designer at IDEO, where he did work for Daimler Benz, Apple, Dell, Corning and others. He also served as CEO of Griffin Technology, a consumer electronics firm in the iPhone/iPad/iPod accessory market.

Owens joined the Vanderbilt faculty in 1998, after earning his doctorate in management science and engineering through a joint fellowship program between Stanford’s Graduate School of Business and its School of Engineering.

“We thank Robert Grajewski for his leadership during the launch and formative years of the Wond’ry,” Wente said. “He has been instrumental in positioning the Wond’ry for future success.”

Key achievements under Grajewski’s leadership include establishing and growing partnerships with corporations including Deloitte, Accenture, IBM and RGP Consulting. Several of these companies support the Innovation Garage program that enables teams of students to work with a faculty mentor and others as they develop “innovative and disruptive industry solutions” from ideation all the way to prototype.

During 2017-18, the Wond’ry won a five-year, $500,000 National Science Foundation grant, in collaboration with the Vanderbilt Institute in Surgery and Engineering, to become an Innovation Corps site—marking Vanderbilt as one of the premier academic institutions nationwide that nurture entrepreneurship. In addition, it secured award funding from VentureWell for PostFlight, a flagship entrepreneur education program, and has welcomed over 50,000 visitors since its opening.

“We have made significant progress in strengthening creativity and forging a stronger maker culture across campus,” Grajewski said. “I have been fortunate to work with Vanderbilt students, faculty and the Wond’ry staff, and am proud of the foundation we have laid for future growth.”

Owens’ three-year appointment at the Wond’ry will begin July 1. Learn more about the Wond’ry’s resources and opportunities for engagement here.