An MBA in Paris: One Student’s Exchange Program Experience

Daisuke Akimoto (MBA’20) reflects on the three weeks he spent studying at the ESSEC Business School outside Paris, France

Vanderbilt Business offers many international immersion opportunities to MBA students, from week-long trips to longer exchange programs. This past summer, Daisuke Akimoto (MBA’20) spent three weeks at the ESSEC Business School in Paris, France, studying the European economy and business as well as luxury brand strategy. He recaps his experience in the blog below. 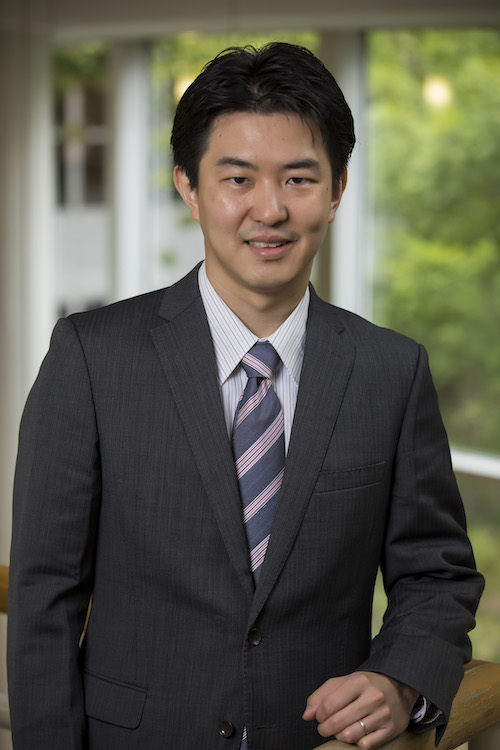 ESSEC is located in Cergy, France, just 40 minutes from central Paris. On weekdays, the environment surrounding the school encouraged me to focus on learning. The campus has many parks, lakes, and a river. On weekends, and sometimes on weekday evenings, I enjoyed visiting cultural places including central Paris. Paris has a rich history and culture, as well as modern innovations: world famous museums, the Eiffel tower, Michelin-starred restaurants, etc. Within one hour from Paris, there’s also the Versailles Palace, Monet’s house, and Van Gogh’s house. When I visited the Opera House, there was an exhibition collaborating between Opera House and modern art. It was awesome. Paris is definitely a great place to learn about European culture, art, and food.

I found that Owen’s core courses, such as Business in the World Economy and Strategic Management, helped me to understand differences between the U.S. and European business worlds. The European business world is unique because the EU uses one currency, the euro, and is made up of many diversified countries. In the program, there were also Europe organization class and negotiation class. While at ESSEC, I also took additional classes in European Organization and Negotiation, which further helped my understanding. 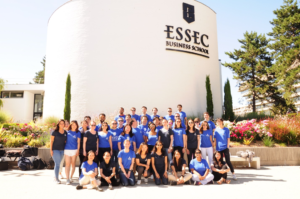 In addition, the elective courses I took at Owen, such as Service Operations and Operations Strategy, also encouraged me to think deeply about the Luxury Brand Strategy class I took at ESSEC. I learned about company decision making in Operations Strategy course and the choice of company advantages in Service Operations. This knowledge is exactly the core concept of Luxury Brand Strategy. Luxury brands need to identify their brand DNA by choosing their strengths and weaknesses, which is the same concept I learned in the Owen courses.

While there were many similarities between ESSEC and Owen, I was surprised by the diversity in students’ backgrounds in the exchange program. About 40 students from 19 countries — including Australia, Singapore, Turkey, Italia, UK, Finland, Sweden, France, India, China, the U.S. — attended the program. Almost half students already had a study abroad experience. This diversity encouraged the class to think from a wide range of perspectives, and sometimes I felt like there were students from more than 19 nationalities. In classes, we discussed about business circumstance and leadership from diverse cultural perspectives. Outside of classes, we also shared our cultural experiences. Communicating with students from other countries was truly great a learning opportunity. —Daisuke Akimoto