In Dean Sam Richmond’s office at Henry Clay Alexander Hall was an old-fashioned blackboard. On the blackboard, written in white chalk, was a list of 16 strategic objectives that Richmond identified after arriving in 1976. The list remained there for as long as the Owen School was housed in the building. Instead of erasing each objective as it was attained, Richmond simply drew a line through it.

In May 1979—the end of his third academic year and the beginning of Owen’s second decade—Richmond told donors at a dinner in their honor that he had drawn lines through 12 of his 16 original objectives. Vanderbilt’s new MBA degree curriculum, described as “one of the most demanding in the country,” was in place. Goals for faculty recruitment had been met. The MBA population had doubled, and students’ GMAT scores were on the rise. Student placement had never been better. Owen now had an Executive MBA program. The school’s open courses for executives were more robust. Owen could now afford to support faculty research, which in turn drove faculty recruitment. Earlier that year, the school launched its first student association. A new speakers program on Fridays enhanced the curriculum. Owen had assembled a team of strong administrators, and an effective publicity effort had spread the word of Owen’s growing reputation.

Perhaps most important among Dean Richmond’s 16 objectives, Owen received formal accreditation in 1979 from the American Assembly of Collegiate Schools of Business. Out of 650 business schools in the U.S., Richmond said, only 17 were accredited to the master’s level. Vanderbilt had joined the elite company of Harvard, Stanford, Chicago, Carnegie-Mellon, Columbia, Cornell and Northwestern. 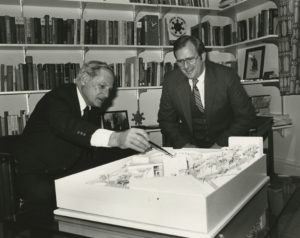 Four objectives remained: more breadth in MBA elective courses; an improved library; a Ph.D. program and a new building. Within three years, chalk lines would cross out those items, too. Owen had finally established a stable foundation, and the school was poised for positive growth.

“No longer,” Richmond told the Owen Associates in 1980, “do we think of ourselves as young and struggling. We are there. We have arrived.”

One symbol of the new attitude came with a redesigned logo: a circle with seven stylized arrows pointing outward (the logo it replaced, a product of the early ‘70s, looked like a psychedelic artifact from the era in which it was created). Officially, the new logo represented “the restless, inquiring mind that is cultivated at the school.” It just as aptly embodied the idea that Owen was moving in many directions all at once. 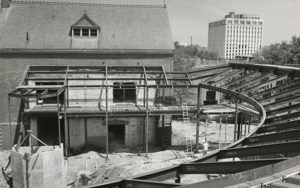 The most visible move involved finding a permanent home. In the fall of 1980, construction began at the site of Old Mechanical, one of the earliest buildings on the Vanderbilt campus. Architect Gyo Obata, whose firm had designed the National Air and Space Museum, created a gleaming new structure that emphasized windows and natural light — a stark contrast to the old funeral home — while preserving Old Mechanical as a centerpiece. When the new facility formally opened in the fall of 1982, it felt as if Owen truly had arrived.

That same fall, the school received a major gift from the Thomas B. Walker family that would fund the long awaited expansion of the management library. Owen seemed to be growing in every other direction, too. Between 1979 and 1989, the faculty more than doubled in size. The Financial Markets Research Center, which reinforced Owen’s growing reputation in the field, opened in 1987.

After the launch of the Owen School Student Association in 1979 — intended, as one student said, to rectify “a lack of social and extracurricular activities at the school” — student-led clubs suddenly proliferated throughout the decade. Among them was the Owen International Business Association; what eventually would blossom into Owen’s global food celebrations began with students watching foreign films together.

After Richmond retired in 1986, the school searched for a new dean who could continue to build Owen’s reputation. They found that person in Martin Geisel, who had taught at Carnegie-Mellon and served as dean of the business school at the University of Texas at Dallas.

Geisel’s first official day was September 1, 1987, when Owen welcomed its largest MBA class ever. Notably, almost 40 percent of the 178 new students were women, well exceeding the national average. Near the end of a decade of steady growth, the school at last was nearing its “steady state” goal of 400 MBA students. But by design, it would grow no larger. “We will always be one of the smaller schools,” Richmond had told donors. “We will not be the perpetrators and ultimately victims of uncontrolled growth” that other schools were experiencing. Over the next three decades, Owen’s intimate size came to rank among its most enduring competitive advantages. 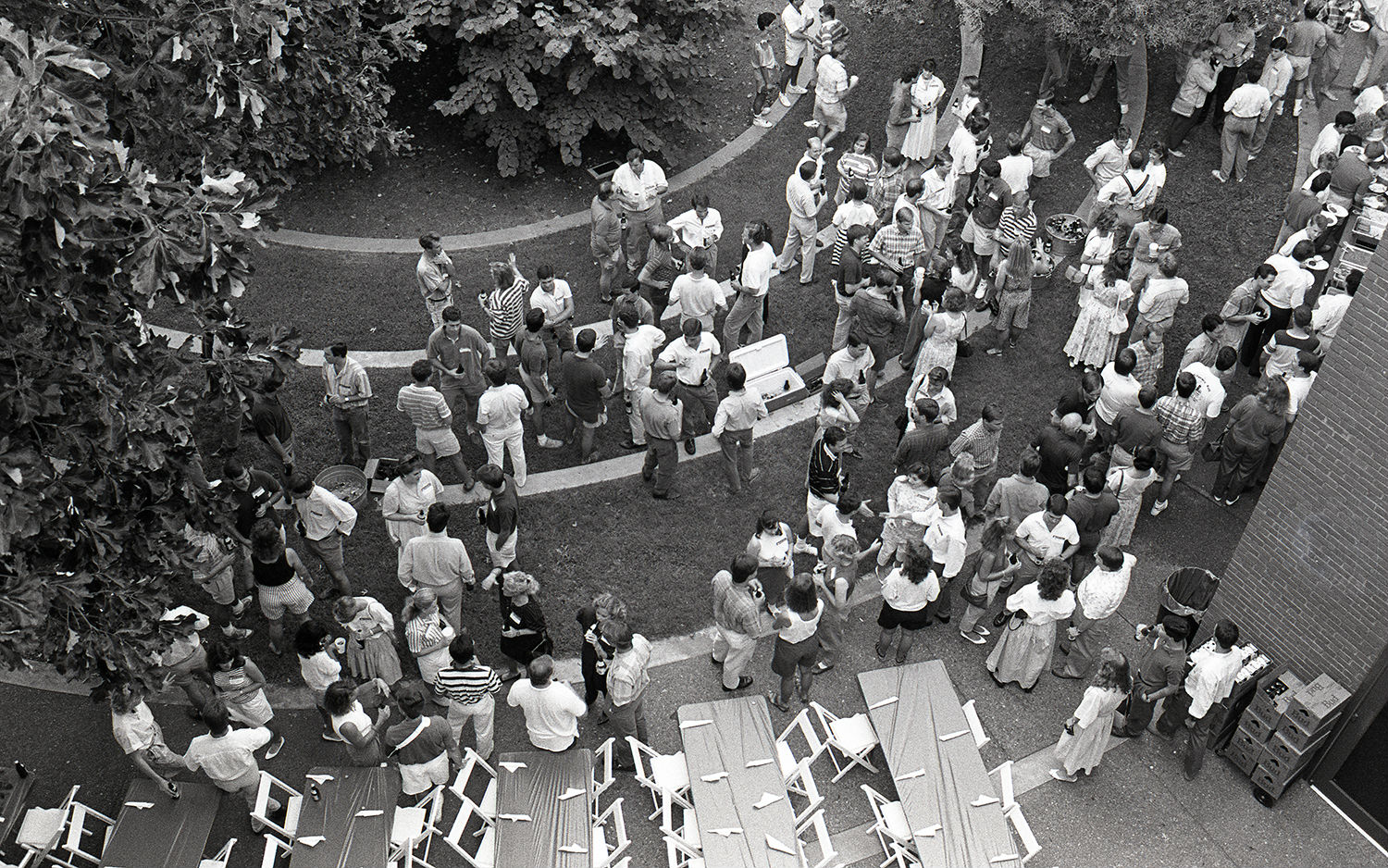