Skip to main content
Home
Where Are They Now? Catching Up with the EMBA Class of 2019
Apply
News & Events

Where Are They Now? Catching Up with the EMBA Class of 2019

The Vanderbilt Executive MBA (EMBA) program gives ambitious business leaders the opportunity to receive a world-class business education on Saturdays while applying their knowledge to their full-time jobs during the week. We spoke with three recent EMBA graduates from the Class of 2019 — Nan Chen, Clark Hasty, and Jenna Walter — all of whom have successfully leveraged the program to join new companies or land a promotion. 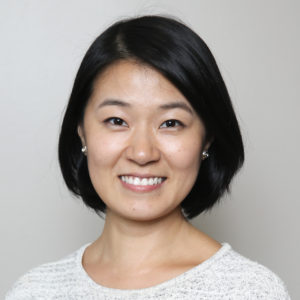 Before launching her business career, Nan Chen was a scientist, earning her Ph.D. in Chemistry at the University of Tennessee, Knoxville. After graduating, Chen started at a local healthcare provider as a Clinical Researcher, then worked her way up to more business-oriented roles as a Project Manager and Global Program Manager.

“When it came to strategic planning and financial negotiations, it was a completely new language,” Chen said. ”I did a lot of research on my own, but I thought I needed something more systematic. Accounting and finance are not something you can just learn by reading a couple of books.”

Chen considered enrolling in a full-time MBA program but ultimately opted for the Vanderbilt Executive MBA program, which allowed her to keep her job in Knoxville while commuting to school in Nashville every other weekend.

“I wanted to be in a top-ranked program because I felt like at this point in my career, I needed something that carried more weight on my résumé,” Chen explained. “I wanted to go to the best program I could, but also, I needed to keep my day job. I liked that job (and) was given more and more responsibilities… I felt like the setup at Owen made the best sense, and of course on top of all that, the faculty members at Owen are all big names in finance and economics.”

Chen leveraged her business education to ultimately land a business development role at Aerogen Pharma in San Francisco, where she now works at the intersection of science and business to improve patients’ lives.

“I still have the science part of me, and I really appreciate and admire good science and good technology and all the hard work behind it,” Chen said. “I (also) like using the financial skills that I learned from Owen (and) I enjoy working with smart people to serve patients.” 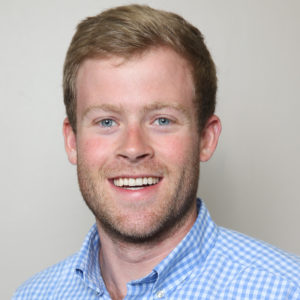 After graduating from the University of North Carolina – Chapel Hill with a degree in Economics, Hasty began working at Altria, where he progressed from Territory Sales Manager all the way up to Unit Manager. As he pondered how to advance beyond his mid-level management position, Hasty decided business school could help him make the leap.

“I wanted to use the MBA as A), an opportunity to explore other options (and) see where I wanted to go and then B), improve my skill set so that those options would be available,” he explained.

At first, Hasty considered full-time MBA programs, but he ultimately decided to pursue a program that would allow him to continue working while in school. He narrowed his choices down to an online program or a Vanderbilt’s on-campus Executive MBA program.

“The main (consideration) for me was, am I going to really build a network?” Hasty said. “I’ve done online classes before, and there’s not a ton of value in it. I think the key differentiator was being able to do (the EMBA program) in Nashville at Owen where I’m coming in, I’m working with the

As Hasty progressed through the EMBA program, he was faced with the decision to either stay at Altria or seek out new opportunities. He ultimately chose to accept a new role as Director of Shopper Marketing at Vestcom, a Nashville-based shelf-edge communications company, working with major retailers to build out effective strategies.

As an alum, Hasty still stays in touch with his Vanderbilt EMBA network. “I keep in contact with my network about once every week or two,” Hasty said. “I think being based here was helpful, and if you’re trying to develop a business network here in Nashville across a big skill set, while also having the class level of professors that we did, I think there’s really not another comparison.” 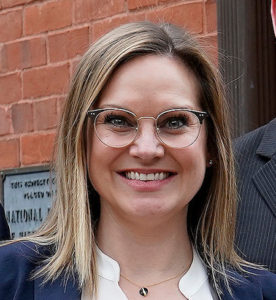 Walter was drawn to the medical device industry at a young age, having grown up watching her mother interact with medical device representatives in her job at a hospital. Walter built up an impressive résumé in the industry, working in sales roles at Stryker and Johnson & Johnson. She was working at Boston Scientific as a Senior Sales Representative when she decided to make the move to business school.

“I knew I wanted to do something more with the company, but I wasn’t quite sure what that was yet,” Walter said. “The EMBA program at Vanderbilt… exposed me to what else was out there in the world in terms of career path, and it was a perfect fit.”

Walter exclusively looked at programs that would allow her to continue working in Memphis while in school. She decided to go all-in with her application to Vanderbilt Business, which was the only school she applied to.

“What I was looking for was a program whose alumni network spanned the U.S., because I didn’t really know where I would end up,” Walter explained. “I wanted to expand that network as much as I could as quickly as possible, and I can tell you that from my preview day at Owen, the number of people (I was) put in contact with… was eye opening.”

Walter quickly plugged into the close-knit EMBA community and rapidly expanded her network. “I think your network just instantaneously sort of blows up,” she explained. “All of a sudden, you have 50 some different colleagues from 50 some different backgrounds who bring something that’s completely unique to the table.”

After graduating from Vanderbilt Business, Walter decided to continue working with Boston Scientific, stepping into the role of National Sales Training Manager. In her new role, Walter works from within to ensure the seamless integration of the company’s recently acquired sales force. Leveraging the international business skills she gained from the EMBA Global Immersion Track, Walter mobilizes sales teams all across the globe.

“In my new role, I have had the opportunity to interact with our sites in Puerto Rico, Brazil, Australia, and Canada as we develop training programs for new-hire sales representatives and a training strategy for integrating a recent acquisition,” Walter explained. “The perspective gained from the Global Immersion program encouraged me to be more mindful during these interactions and helped me communicate more effectively.”

Thinking about an Executive MBA program?