Skip to main content
Home
How I Got the Job: Investment Analyst, UBS
Apply
News & Events

How I Got the Job: Investment Analyst, UBS 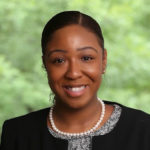 Jasmin Johnson (MSF’20) was an Accounting major who was interested in pre-med until she had her first exposure to finance in a class during her senior year at Fisk University. “What I really liked was that finance combines both a technical and more quantitative aspect with relationships. And so I thought that it was a perfect balance of my interest in analysis and my interest in working with people,” Johnson said.

After deciding that she wanted to pursue a finance career, Johnson applied for the MSF program to develop the fundamentals in finance. As soon as she was accepted at Vanderbilt Business School, she started networking with connections in the investment banking sphere. She also started the recruitment process early, and the Career Management Center helped her prepare for her summer interviews.

Towards the end of August, Johnson received a call from a United Bank of Switzerland (UBS) recruiter. While she hadn’t networked with UBS, they had her name on file because she’d completed a recruitment program with UBS during her sophomore year of college. “It was so crazy, because I hadn’t intentionally recruited (there). Someone reached out to me,” she said. The call ultimately led to interviews and an offer to become an investment banking analyst at UBS.

Click through Johnson’s timeline below to find out how she landed the offer.