How Investment Banking Can Launch Your Finance Career

Graduates of Vanderbilt’s Master of Science in Finance program take varied career paths, but many start off with an initial job in investment banking. Some students come to the program specifically to break into IB, and some—after about two years working in it—begin to take the next steps toward a different path.

We spoke to four Vanderbilt MSF graduates—two who have stayed in IB and two whose career paths have diverged from it—to discover what it’s really like to work in investment banking and how what they learned in the MSF that has influenced their careers. 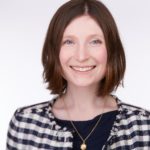 Carrie Pisarczyk knew right away she wanted to change her career path after attaining an undergraduate degree in engineering. While she enjoyed studying company operations, she found a career trajectory in finance more appealing.

“In my engineering internships, a lot of times the operational side meant field work in factories,” Pisarczyk says. “I got exposed to finance through a few undergraduate classes and realized it had more immediate potential to work on strategy than many engineering jobs.”

She enrolled in Vanderbilt’s MSF to bridge her gap of knowledge between the two fields and spent three years as an investment banking analyst at Lazard after graduating.

“Three years was a little bit longer than the traditional IB analyst job, but I used that time to decide what I wanted to do, whether that was remain in banking or try something new,” Pisarczyk says.

Pisarczyk worked in mergers and acquisitions for a middle market group and says she liked the wide range of responsibilities in IB and seeing business deals through to their end. She’s since moved on to private equity, but her background in IB has given her relationship capital and an in-depth understanding of the process on making business deals: from pitching to taking a company to market.

“Private equity has been a way to combine my industrial engineering background with my IB experience,” Pisarczyk says. “I get to do more on operations from a strategy perspective in addition to financial analysis.”

To her, the operational component is one of the biggest differences between IB and private equity.

“IB opens a lot of doors and can be a gateway to other finance careers,” Pisarczyk says. “I learned about many other careers in finance and investing because of my experience working in IB and going to industry conferences. There are lots of career paths in the field that are interesting but not obvious.” 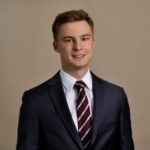 Andrey Kuzmin got into the finance field because he wanted to have a career where he could make an impact early on. After starting down the accounting path, he quickly realized that finance was a better fit.

“I studied accounting and finance as an undergraduate and discovered through internships that accounting wasn’t for me,” he says. “I wanted to do something more event-driven and have more responsibility and involvement.”

Kuzmin graduated from Vanderbilt’s MS Finance program in 2017 and spent about 10 months in valuation services. The experience helped him home in his sights further on IB.

“It was a great job but I wanted to target something in investment banking,” he says. “I reached out to some alumni and started the recruiting process, eventually landing a job at Stephens Inc., where I’ve been working ever since.”

Kuzmin says that, true to his initial ambitions, what he likes most about investment banking is the general impact analysts and associates can make.

“Giving companies advice is a pretty cool aspect of IB,” Kuzmin says. “People come to you and your team for advice on strategic decisions. In a lot of jobs you don’t get to have such exposure early on in your career.”

Kuzmin plans to stay in IB for the foreseeable future, but he advises any financial professional starting out to consider spending a few years in it.

“It’s a career that if you think you would enjoy, you should give it a shot, he says. “Even if you eventually decide that it is not for you, you will have a wealth of experience, a great network and additional mental skills like the ability to organize yourself and a capacity for working hard.”

Aka Akapelwa, Associate at ICV Partners 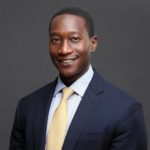 “Private equity groups recruit out of certain banks,” he says. “I knew I wanted to work at a list of certain banks, and the Vanderbilt MSF had connections there. Vandy started prepping me for interviews before I even started the program.”

Akapelwa says the three years he spent in IB gave him the background and base of understanding that has been pivotal in private equity.

“About 60 percent of what you do in IB shares a lens with private equity,” Akapelwa says. “You’re getting a holistic picture of how a company works financially in IB.  You learn how to think about it and value it. Those are good skill sets to understand before pursuing private equity.”

The biggest difference that Akapelwa sees between IB and private equity is the depth of knowledge about each company you work with. IB stresses making quick decisions based on large amounts of information, while private equity demands a lot of critical thinking and detail. He also says that the level of responsibility in private equity is higher.

“I look at every business as an owner rather than whether I like or dislike them,” he says. “Everyone on my team has to play their role and satisfy the other parts of the transaction. It requires a deep level of trust in your work. There’s responsibility in banking, but you’re on a team where someone else is always checking your work.” 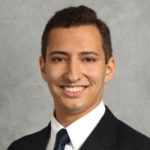 Pablo Heitman started in the investment bank at J.P Morgan the month after he graduated from Vanderbilt’s MSF program. He too came to finance by way of engineering and accounting, but his main driver was his interest in the healthcare field.

“I knew banking would be the best experience early on in my career, providing me with broad exposure to the healthcare industry as well as a crash course in corporate finance,” he says.

Part of the reason Heitman chose Vanderbilt was Nashville’s reputation as a healthcare-centered city. He spent the months before his MSF interning at Bailey Southwell & Co. learning about the intersection of healthcare and IB. He found there what interested him most about banking is its process-oriented nature.

“It’s interesting to see how a merger and acquisition process unfolds,” he says. “That, combined with developing and providing strategic advice, appeal to me the most about banking. You know what the company’s general strategy, goals and objectives are. You know what the investment bank can do to help enable that strategy, and you inevitably provide the company with your best recommendations. This advice is sought after by the top minds in the industry, and I get a front row seat to it each and every day.”

Heitman says the MSF program taught him how to put thoughtful effort into his career search, effort that ultimately helped him develop a better understanding and appreciation for IB. For him, banking will be in the cards for quite some time. He cautions IB is not for everyone, but it can provide an excellent entry point into finance.

“IB is geared towards competitive people,” he says. “It’s a very interactional, collegial environment. If you’re thinking about pursuing a career in the industry, the best thing you can do is talk to as many bankers as possible. You will sincerely appreciate the conversations you have and the insights gleaned the moment you hit the desk.”