Skip to main content
Home
How I Got the Job: Senior Consultant, EY
Apply
News & Events

How I Got the Job: Senior Consultant, EY 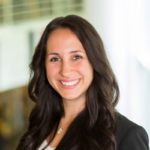 With a strong background in nonprofit management, Carolyn Williams (MBA’20) decided to leave her job at the Cystic Fibrosis Foundation to begin the MBA Program at Vanderbilt Business. “The thing that attracted me the most (to Nashville) was the high rate of consulting. That just calls me more than any other role, and I always had the vision of improving nonprofits to be more business-like and businesses to be more profitable,” Williams said.

During the program, Williams spent a lot of time networking and preparing for the case interview. Because she had a unique background, Williams put special emphasis on creating her story for her interviews. “As someone coming from the nonprofit space into consulting, that’s a big transition and a big leap,” she said. “So I wanted to make sure I could at least share my stories in a way that would translate to that population in that need. And so I went back and looked at every job that I had, every role, big project I was really proud of.”

Her hard work paid off when Williams was offered the role of a corporate marketing intern at Emerson. After her summer internship, she decided to try the recruitment process again. She had been connected with recruiters from EY, although she did not get the internship the previous year. She reached out to them again, received feedback, and went through the interview process. In October, she received and accepted the offer to become a senior consultant in supply chain advisory at EY. “They mentioned that the fact that I had reached out and showed interest was a distinguishing factor, but it’s so simple, it’s easy to forget,” Williams said.

Click through Williams’ timeline below to find out how she landed the offer.