The Professor of Management, who joined the Owen faculty this summer, has been studying diversity and discrimination in the workplace for more than 16 years 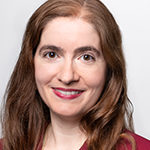 Professor María del Carmen Triana is not surprised about our country’s current reckoning with race. She’s been studying diversity and discrimination in the workplace for more than 16 years, and as a Hispanic, immigrant woman, she says diversity dynamics have been a lifelong curiosity.

“From a very young age, I recall watching the ways that people split themselves into us versus them, and noting who gets treated well or doesn’t, and who is given the benefit of the doubt or isn’t,” she said. “The research gives me a better understanding of things that I always expected to be true. With the protests — these are things that many people have known all along, but we’re seeing examples so brutal in the media that it’s reached a boiling point.”

Triana’s research explores the nuances, opportunities, and complications that businesses experience when embracing diversity. A researcher and professor to her core, she frames the current wave of attention on discrimination as a learning moment that will benefit our conceptions of diversity and help mitigate our own biases.

“It’s out in the open. It’s front and center, including for people who don’t experience discrimination as often,” she said. “People are reexamining their mindsets, and people of all ages and backgrounds are saying they believe there is a serious problem and enough is enough.”

Triana’s research explores the context of diversity and discrimination from the individual to the enterprise level. In one of her studies, she found that a company’s diversity program can alleviate or amplify an employee’s experience of discrimination depending on race.

For her dissertation, Triana explored diversity dynamics and the role technology can play at the team level. She conducted an experiment which created teams of 3 men and one woman. The teams tackled projects both virtually and in person, but some started out in person and others online. She hypothesized that in teams starting virtually the woman would feel more included, and she was right.

“Women who started on teams virtually felt more included and were subsequently more likely to speak and say more words overall compared to women who started out in face-to-face teams and felt less included,” Triana said. “That was 14, 15 years ago, before Zoom, but it’s very relevant to how we’re working in teams in 2020. The things that make you uncomfortable are much more likely to happen in person.”

In a portfolio of 34 published journal articles and two textbooks, Triana’s enterprise-level work takes center stage in the academic community. Her most cited paper demonstrates that racial and gender diversity on corporate boards of directors leads to increased innovation and firm reputation, which ultimately improves business performance. She currently has a paper in press that looks at racial diversity across all management levels in high tech and Fortune 500 companies over 5 years.

“The firms that are most productive are the ones that have higher diversity at both lower and upper levels of management. That has large implications,” she said. “Women and racial minorities make up two-thirds of the workforce but only one-third of the C-suite. The path for leadership widens for white men and greatly narrows for everyone else.”

Before pursuing her doctorate, Triana obtained an MBA and worked for a technology company in Silicon Valley for several years. Seeing the lack of diversity in top leadership and the often unconscious discrimination in corporate America made her even thirstier for knowledge about how diversity and discrimination affects businesses. Exposure to The PhD Project put the idea of a doctorate as a way of quenching that thirst for knowledge into her mind.

“At the time, The PhD Project started 25 years ago, the number of minority professors in the entire U.S. who had a PhD in business was 294 (a fraction above 0 percent of business school faculty). Today there are over 1500 (about 2 to 3 percent of business school faculty),” she said. “The program helped me understand what it was like to be a professor, and how I could make an impact on the business world by researching it.”

Creating impact on institutional discrimination is what Triana values most in her work. “Studies at the individual level help you understand the motivation, emotion, and reason behind an act of discrimination. But at the firm level, you view characteristics and policies across the organization and show their effects on performance and other outcomes. That’s really powerful. I really enjoy those outcomes,” she said.

She believes the current moment in our country will help propel the conversation about diversity in the workplace even farther. “It has historically been difficult to publish about discrimination because it’s a contentious issue,” she said. “But we’re seeing now that it’s easier to have this conversation across the board in our country. People are seeing for themselves that these issues are real. I’m excited.”

Why a Master of Finance is an Investment (Not an Expense)
Read More >
What is Assurance?
Read More >
How Long Does It Take to Get a Masters in Healthcare Management?
Read More >