How Businesses Are Reacting to COVID-19 and Black Lives Matter

Professor Bruce Barry, an expert on social issues in management, delves into the motivations behind corporate responses to the ongoing crisis 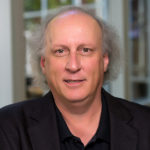 As the coronavirus pandemic continues to evolve and the Black Lives Matter movement resurges, people have been paying closer attention than ever to what businesses say and do in response to current events. During a recent talk, Bruce Barry, Brownlee O. Currey, Jr., Professor of Management and an expert on social issues in management, shared his thoughts on the ethics of businesses and analyzed timely examples of firms’ communications and actions during the crisis.

In the midst of a crisis, businesses have shown that they want to communicate about these issues. Frito-Lay’s “It’s About People” ad gained popularity with its message that Frito-Lay was focusing less on their branding and more on people through donations aimed at alleviating COVID-19 and creating jobs. This anti-brand message was well received by the public, but Barry noted that it’s ironic that Frito-Lay is “scolding” other brands for advertising in the middle of a pandemic, despite the fact that the company is, in a way, promoting their brand through this message. “Some (people) are more cynical. An editor of Fast Company said that (the ad) is an anti-brand manifesto, but let’s face it, it’s still a commercial,” Barry said.

When it comes to how businesses communicate around the topic of racial justice, people have seen many organizations release statements about how they stand with Black community members. Barry explained that firms may be rushing to show where they stand on these issues for various reasons: out of conscience, out of a need to strategically protect their brands, and/or out of a need to mimic other brands. But these statements don’t always pan out: many people have called out certain companies because they’re skeptical about corporate statements and want change in terms of action, not words. “I think this is a very interesting contrast between BLM racial justice on one hand and coronavirus on the other. We have seen corporations wanting to communicate empathetically in both cases, but I think there’s much more of this pushback on this (BLM) side,” Barry said.

The scrutiny doesn’t stop with advertising campaigns and corporate statements: the actions that businesses have taken during the crisis have also been under the spotlight. One particular thing that people are calling out is how firms are handling executive pay. Despite the ongoing economic pressures, some firms are rewarding top executives while cutting the salaries of their rank-and-file employees. “This is more about coronavirus in the sense that (there are) dire economic consequences. Coronavirus led a lot of firms (to) the brink of bankruptcy, and here you see this story about some board handing out lots of money (to their executives),” Barry said.

On the other hand, firms have been trying to take action towards racial justice. Barry brought up the example of AllianceBernstein’s plan of “tangible actions” to fight racial inequality. It included proposals such as appointing a black board member and prioritizing issues of attracting minority talent. “This is what a lot of firms are doing. I think they’re being called on the carpet for being vague, and (there are) legitimate questions about whether they’re establishing true metrics to achieve these things,” Barry said.

“Clearly, in the practical and applied world of decision-making and policy, these crises bring on new dilemmas, new situations, new choices that have to be made,” Barry concluded. To watch his entire talk, visit this link.