Professor Tim Vogus shared 10 ways to fight systemic racism in the workplace at the individual, interpersonal, and organizational levels 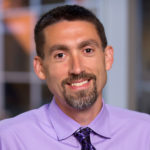 In response to the resurgence of the Black Lives Matter movement, Vanderbilt Business faculty have been hosting a series of virtual talks to help the community understand racial discrimination and biases and learn about ways to mitigate racism in the United States. Tim Vogus, Brownlee O. Currey, Jr., Professor of Management, contributed with a talk on biases in the workplace and remedies for systemic racism.

“(Systematic racism) is about social structures that are embedded in public policies, institutional practices, cultural representations, and other norms that reinforce and perpetuate racial group inequity,” Vogus said. “So I want to… think more about the cognitive, interpersonal, and the organizational processes surrounding that.”

During his talk, he discussed 10 steps to mitigate systemic racism in the workplace, beginning with three things that any individual can do:

Vogus recommended that people activate a growth mindset: the belief that you can improve with time, effort, and feedback. This is made possible through acknowledging the limits of your current knowledge and constantly learning to become less racist. “It’s shifting that mindset from prejudice… to enjoying the opportunity to have intercultural, interracial dialogue,” Vogus said. “So it’s a more engaged, learning-oriented process.”

2. Rethink how you build relationships.

When it comes to building relationships, Vogus suggested systematically assessing and broadening your network. Look at your personal network — for example, check the demographics of who you follow on social media. Following diverse people can open your eyes to different experiences and challenges people go through.

Once you build those relationships, engage with people affirmatively by opening discussions. One example Vogus gave is telling the people in your network who deal with racism on a daily basis that you care and asking them if there is anything you could do to be supportive. Remember to engage for the right reasons: this discussion should be for the other person, not you.

The next four steps were what you can do interpersonally to address biases:

4. Use privilege in a constructive way.

5. Be aware of the prevalence of stereotyping.

When people become aware of the prevalence of stereotyping, they can actively try to avoid thinking about people in such a manner. One approach to take is counter-stereotyping: thinking of an idea or person that goes against the standard stereotype. “It eliminates some of these stereotype-based biases, so engaging in counter-stereotyping might be a helpful way to do it,” Vogus explained.

6. Be more systematic about how you think about your meetings.

Biases of all kinds frequently emerge in meetings. Regularly check for bias by reflecting on your meeting — consider who’s speaking for the majority of the meetings, who gets interrupted while speaking, and who gets credit for the proposal. This can help promote accountability.

Racial diversity can cause people to feel discomfort and experience interpersonal conflict. Vogus explained that a different norm — talking about differences instead of commonalities within a group of people who are working together — can be a potential solution. It may prompt broader thinking, widen information exchange, and generate more innovative work.

Vogus suggested that organizations not only improve representation of minorities (diversity) but also create a sense of belonging and support for them (inclusion). He also recommended reframing diversity as a moral opportunity rather than a problem that needs to be addressed. In order to do that, organizations can embrace equity and fairness norms and promote cross-racial relationships.

Organizations can also promote social accountability by declaring their intentions and announcing when, where, and how they will reach a specific goal. Vogus gave the example of a firm that noticed that its managers gave African-Americans smaller raises than whites. The organization started posting each unit’s pay raise by race and gender, which led the gaps in the pay raises to disappear.

Another remedy is restructuring key processes, such as employee evaluations and hiring interviews, that can easily be swayed by prejudices. For example, organizations can use structured interviews so that every candidate gets the same questions in the same order and is scored in the same way. “Be willing to think big and invest accordingly,” Vogus said.

To learn more about different types of racial bias, how they are exemplified in the workplace, and potential solutions, watch Vogus’ entire talk by visiting this link.