Cal Turner, Jr., established this chair in 1999 in affiliation with the Cal Turner Center for Moral Leadership. This Center of Excellence seeks to foster an environment conducive to faculty research and teaching in areas associated with moral leadership; to develop students’ ability to provide moral leadership within their chosen professions as well as within the broader community; and to provide a resource to professionals in the community. 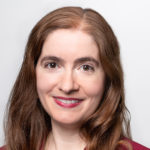 Professor Triana has made strong service contributions to her academic disciple. She is currently serving as an Associate Editor at Human Resource Management Journal, a Financial Times Top 50 journal and has served on numerous editorial review boards including Personnel Psychology, Journal of Organizational Behavior, Journal of Management Studies, and the Journal of Business and Psychology. Finally, she has been actively engaged with The Ph.D. Project. The Ph.D. Project is a national organization focused on increasing workplace diversity by increasing the diversity of business school faculty who encourage, mentor, support, and enhance the preparation of tomorrow’s leaders. As part of these efforts, Professor Triana was invited to join the White House Initiative on Educational Excellence for Hispanics in 2017. This year, Professor Triana led Owen’s Diversity and Inclusion programming for orientation.

Dave Ramsey’s company fired woman over her sex life. How much can employers police?
Read More >
Crumpled clothes and bare shelves: As retailers like Walmart, Macy’s woo customers back, some have to clean up shop
Read More >
TVIX Stock – The Father of the Fear Gauge Says He Feels Reassured by the VIX
Read More >