How I Got the Job: Business Analyst, McKinsey & Company

While attending undergrad in the Philippines, Jonathan Coronel’s (MSF’21) life drastically changed after a semester studying abroad at Fordham University in New York City during his sophomore year. Once the semester ended, Coronel decided to fulfill his childhood dream and permanently transfer to the university to finish his undergraduate career in the United States. 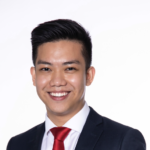 After graduating from Fordham University in 2019, Coronel accepted a role as an Investment Banking Analyst at Evercore. His work visa sponsorship ended in April 2020; Coronel was left with the option to return to the Philippines when he discovered the Vanderbilt MSF program. After talking with staff at Vanderbilt, he felt like it was home. “I was excited to be of value to my potential classmates who are mostly going to be gunning for investment banking as well,” he said.

In late September, Coronel began interviews with McKinsey & Company. His hard work paid off in October when he accepted a job at McKinsey’s Private Equity and Principal Investors practice in NYC as a Business Analyst. “I look forward to working at McKinsey & Company and using my experience as a platform to better the community I’m from. I don’t know how that looks like yet, but I’m excited to work on projects that could help uphold sustainable development of developing countries such as the Philippines,” he said.

Coronel also shared some advice for current students who are going through the recruiting process. “Life isn’t fair, and people are naturally going to be in different positions: some are disadvantaged, while some would always be a step ahead. Accept that sometimes you have to be the underdog. Accept that sometimes you’re not going to be the best,” he said. “But never, ever accept that you cannot make it. Your life and journey is what you make of it. It’s never going to be the straight road like you’ve imagined, but if you keep moving forward, you will get there.”

Click through Coronel’s timeline below to see how he landed the job.