While working at his private practice, Adam Huggins (MMHC’16) realized he missed academic medicine and decided to join Vanderbilt University Medical Center (VUMC) in 2013 as an Assistant Professor of Obstetrics and Gynecology. Upon joining Vanderbilt, he also served as the Clinical Director for NorthCrest Medical Center in Springfield, TN. After speaking with one of his coworkers who had recently completed the Vanderbilt Master of Management in Healthcare (MMHC) program, Huggins decided to enroll. “I realized that while I had excellent training in clinical medicine, there was much more to the business of medicine that I needed to learn,” he said. 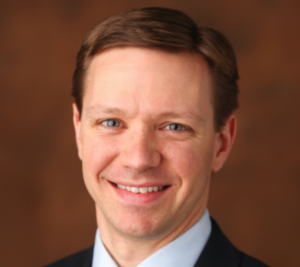 The program helped Huggins gain business knowledge that he could combine with his medical background. He specifically cited the Capstone Strategy Project, a total immersion experience where students apply the knowledge gained in the classroom to a current business problem for a healthcare organization. Teams work on the project over the course of 6 months. Huggins says that even years later, he still uses many skills he learned in the capstone project on the job.

Shortly after Huggins finished the MMHC program, he continued to work as an Assistant Professor at VUMC and began to serve on various committees, within the Obstetrics and Gynecology department and throughout VUMC as a whole. A combination of his work on these committees, his past experience at NorthCrest Medical Center, and his MMHC degree prepared him to transition to the role of Assistant Chief Medical Officer at VUMC Wilson County. “I work with an incredible team at Vanderbilt Wilson County Hospital and am supported by our leaders at VUMC,” he said. “I am confident we are building a better healthcare system for our regional patients. That to me is a very exciting process to be a part of.”

Click through Huggins’ timeline below to find out how he got the promotion.

Want to learn more about the Vanderbilt MMHC?