Sarah Trahern, CEO of the Country Music Association, to Speak at Vanderbilt Business Class of 2021 Commencement

Eric Johnson, Dean of the Vanderbilt Owen Graduate School of Management, announced that Sarah Trahern (EMBA’04) will speak at the school’s Class of 2021 Commencement on May 16. 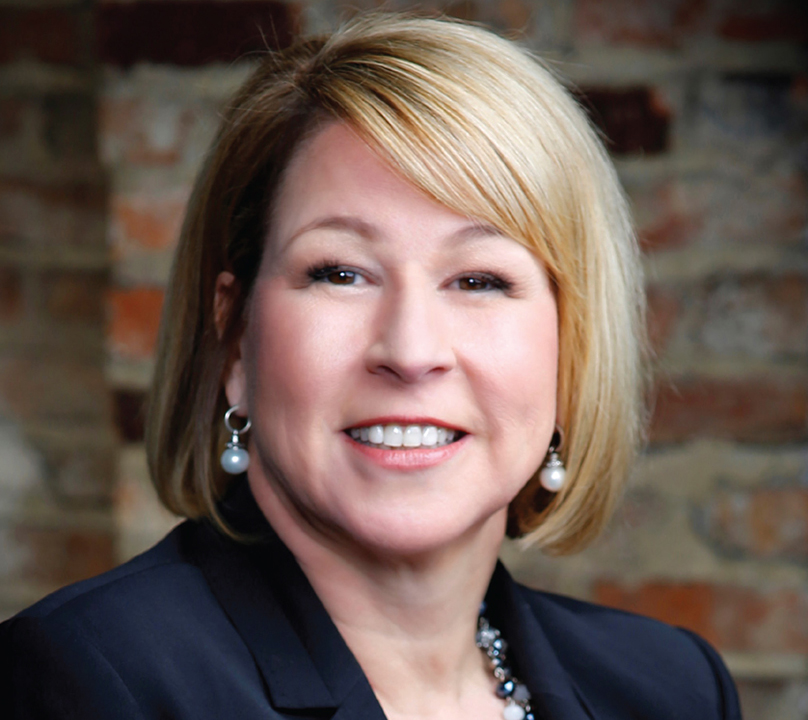 Ms. Trahern was named CEO of the Country Music Association on Jan. 1, 2014. She helms the organization’s three acclaimed network television properties (CMA Fest, CMA Country Christmas, and the CMA Awards), one of the biggest music festivals in the world, and serves as President of the CMA Foundation, which funds meaningful music education initiatives across the country.

Throughout her career, Ms. Trahern has been an advocate for country music, the artists, songwriters, and the extensive creative and business communities that fuel the format. With foresight and determination, she has crafted a brand identity for country music at the highest level and has been at the forefront of some of the industry’s most ambitious initiatives fostering gender equality, inclusion, and preserving the legacy. Among her numerous accomplishments was the creation of the award-winning “Forever Country” 50th Anniversary music video, which celebrated the iconic music of John Denver, Dolly Parton, and Willie Nelson and has garnered more than 18 million views.

Prior to CMA, Ms. Trahern was General Manager of cable network Great American Country (GAC), where she had executive oversight of the network’s creative and digital initiatives. Ms. Trahern joined Scripps-owned GAC in 2005 and was quickly promoted to SVP of Programming before being named GM in 2010. Under her leadership the cable network experienced tremendous growth and developed a reputation for fostering strong relationships with legends such as Garth Brooks, as well as emerging talent including a young Taylor Swift.

Known for her natural curiosity, Ms. Trahern began her career at C-SPAN in Washington, D.C. covering politics and public affairs and producing the popular series “Booknotes” before moving to Nashville in 1995 to oversee specials and entertainment series for The Nashville Network (TNN). After her time at TNN, she launched her own successful company, Sterling Television, working with several networks including DIY, HGTV, and CMT, where she produced Johnny Cash’s memorial service. 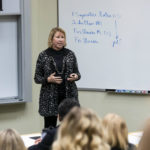 Trahern speaks with students in January 2020

A leader with vision who values relationships, Ms. Trahern was recently recognized as one of the Nashville Business Journal’s Most Admired CEOs. She is consistently included on Billboard’s Country Power Players list and was named “Executive of the Year” in 2017. In 2011, she was the subject and honoree of the prestigious Louise Scruggs Memorial Forum by the Country Music Hall of Fame.

Lauded for her business contributions, Ms. Trahern demonstrates an equally strong commitment to the community. She serves on boards for the Monroe Carroll Children’s Hospital at Vanderbilt, Georgetown University’s Baker Scholar program, the Country Music Hall of Fame, the Nashville Convention and Visitors Corporation (NCVC), Girl Scouts of Middle Tennessee, and the Nashville Mayor’s Music Council. She also chaired the Entertainment Committee for the 2016 NHL All-Star Game in Nashville and served on the 2018 NFL Draft Committee. She is an alum of both Leadership Music and Leadership Nashville and served as President of the west coast-based Academy of Country Music.

A graduate of Georgetown University with an MBA from the Owen Graduate School of Management at Vanderbilt University, Ms. Trahern grew up in Champaign-Urbana, Il. Her mother was a classical viola player, and her father, Dr. Joseph Trahern (BA’58, MA, 59), grew up listening to the Grand Ole Opry prior to becoming a college professor. Music was encouraged, and Ms. Trahern developed a deep appreciation for the skill and commitment it takes to create music. Although she plays several instruments, including guitar and banjo, she never aspired to be a professional musician, but she has a genuine connection and strong sense of responsibility to the industry she represents.