Diversity in Organizations, a Course Designed for Reflection and Discussion

Diversity in Organizations, a new Vanderbilt Business course, broadly discusses diversity as it relates to the workplace.

This course, taught at Vanderbilt by María Triana, Cal Turner Chair in Moral Leadership and Professor of Management, for the first time in Spring 2021, will be offered again this year in Mod 4. 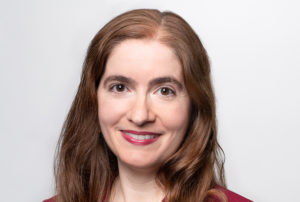 Triana noted that the class consisted of a wide range of students with different concentration areas.

“A lot of students are expressing interest in these topics, especially given the social movements that we have seen over the last seven years, like Me Too, and Black Lives Matter and are asking questions about what we [Vanderbilt, Owen] are doing with respect to diversity and inclusion,” said Triana.

Triana relatively recently joined Vanderbilt from Wisconsin, where she first taught a Diversity in Organizations course. She is passionate about the class because it “dovetails very nicely with [her] own research interests and it’s an area [she] really enjoys.”

To help structure the course, Triana uses a book she published, Managing Diversity in Organizations. She said that the “first part of the class is basically the foundation of the research that helps us understand why diversity is visible to people and why people discriminate.”

After the students have a general understanding of the foundation of the course, the class is set up with student-group-led presentations. The student groups pick a chapter they find interesting, discuss takeaways from the reading, and initiate discussion questions.

“A lot of reflection and a lot of discussion goes on in the class,” said Triana.

Triana likes to give students the platform to initiate these discussions, because “they’re talking about the things that matter to them, and it is most students’ favorite part of the class.” She noted that she is an active participant in these discussions and chimes in with extra context as needed.

Triana noted that “Owen is definitely investing in the area of diversity and inclusion, and the Diversity and Organizations class was one of the initial steps forward, alongside Mark Cohen’s Strategic Business Solutions to Address Structural Racism course.”

“I think the class seems essential for someone who wants to be a good leader or member of a group in the future; to be a leader and of a productive group, I think diversity has to be at the front of your mind,” said Triana.