F1 drivers learn from teammates’ success, as well as their own car failures, but not from their own driver failures

The lines between success and failure in Formula One (F1) racing may look slightly different for each team – a familiar theme for fans of the hit Netflix series Formula 1: Drive to Survive – but only one driver out of 20 wins any given race. In this essentially zero-sum game where victory is rare, how do drivers learn from their successes and failures, and how can these lessons be applied to the world of business? 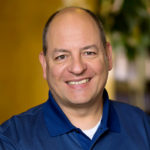 “Prior research on failure learning has focused on contexts where failure is rare,” says Lapré. “In contrast, F1 is a particularly fascinating context to study failure learning, because failures are common.  Moreover, the sport allows us to study different types of failure.”

The study, “When Success Is Rare and Competitive: Learning from Others’ Success and My Failure at the Speed of Formula One,” analyzed over 21,000 driver-race observations from the start of F1 in 1950 through 2017. The researchers measured drivers’ ability to win based on experience and on the outcomes of prior races. They found that a teammate’s win, or a car failure increased the probability of winning the next race by 1.8% and 1.9%, respectively.

While prior research from Lapré demonstrates that learning from others’ success is not a straightforward process, an F1 team – comprised of 2 drivers racing cars with the same chassis, engine, and tires – presents an especially conducive environment for it. Teams can alter car settings for an individual driver based on personal preference and strategy, but as the authors explain, a driver’s desire for personal victory is counter-balanced by the team’s desire to win.

“In F1, teams have a major incentive to share such knowledge, because points scored by both drivers count toward the constructors’ world championship,” they write. “So, for teams, keeping a spirit of knowledge sharing while still allowing drivers to race for individual success is key.”

Car failures occur when drivers have to abandon a race for reasons related to their vehicle, like a blown engine or broken suspension. The researchers determined that this particular type of failure provided 3 key mechanisms through which drivers could learn: opportunity, motivation, and ability. Opportunities to learn from car failures are plentiful – they represent 30% of all driver-race observations between 1950-2017. Car failures also occur for a wide variety of reasons – prior research has shown that complex problems increase learning opportunities. Teams are motivated to improve their performance in order to win, and with state-of-the-art monitoring deployed during the race, on top of post-race debriefs and reviews, they have the ability to identify the source(s) of the failure.

“When own success experience is rare, the only substantial own experience left to analyze is failure experience,” the authors note.

Conversely, driver failures (i.e., single-driver accidents or multi-driver collisions resulting in abandonment) do not meet all of the criteria for successful failure learning. Driver failures represent just 12% of all driver-race observations from 1950-2017, and their root causes aren’t particularly complex: driver error or driving style are typically to blame. Motivation can be limited as well; drivers may blame accidents on other drivers or external factors, and prior research has shown that competition can escalate into conflict among peer drivers.

The implications of this research extend beyond the track – managers operating in competitive business environments can use these findings to expect benefits from their own successes and failures and those of others.

“It’s very useful to learn from failure, but it’s difficult to do so when people point fingers and play the blame game,” says Lapré. “When you can perform an objective root-cause analysis on the failure, the opportunity for learning is much higher.”

“When Success Is Rare and Competitive: Learning from Others’ Success and My Failure at the Speed of Formula One” will appear in an upcoming edition of Management Science.