The late Peter Drucker, one of the most influential thinkers on management, had a clear opinion on what makes an entrepreneur. “The entrepreneurial mystique? It’s not magic, it’s not mysterious, and it has nothing to do with the genes,” he said. “It’s a discipline. And, like any discipline, it can be learned.”

But can it be taught? That question has divided opinion for decades, steering some business schools away from recognizing entrepreneurship as an academic subject.

That was the case during the early days of Vanderbilt Owen Graduate School of Management, when the entrepreneurial efforts of students happened more in the margins than in the classroom. At the time, the school was focused squarely on preparing its graduates for careers at Fortune 500 companies in areas like finance, brand management and consulting, and the lessons they learned were often contradictory to what made a startup successful.

But skip ahead to today, when startups and disruptors routinely grab headlines, and entrepreneurship is woven fully into the fabric of Owen, with talented faculty, robust courses and a specific MBA curriculum emphasis all devoted to it. And bolstering this infrastructure is the Center for Entrepreneurship, with a mission to build and grow a productive entrepreneurial ecosystem conducive to creating new and innovative businesses. The center, known as C4E, was created after a generous gift in 2016 from alumni couple Jack and Carolyn Long, who both earned their MBAs in 1983.

“Building out our entrepreneurship program has been an aspirational goal for us, but now it’s here,” says M. Eric Johnson, Ralph Owen Dean and Bruce D. Henderson Professor of Strategy. “Now we have the support, we have the faculty, and we have our alumni network.” 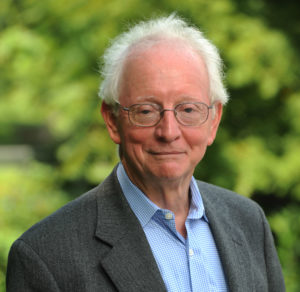 Any story about entrepreneurship at Owen must begin with the late Germain Böer, professor of accounting, emeritus, who joined the faculty in 1977. Adjunct professors taught a few classes on the topic in the years following Böer’s arrival, but soon enough he would become the face of Owen’s efforts in entrepreneurship, devoting much of his energy and passion to it during the next four decades.

“When Germain took it on, it gained heft,” Johnson says. “He was a tenured professor, and he had the academic chops.”

Over the years, Böer led a push to establish what would become the C4E, creating conferences and developing a program to provide MBA students hands-on experience in the private capital market. He also formed an alliance with Huntsville, Alabama-based technology incubator BizTech and helped start the Nashville Capital Network, which provides growth capital for early-stage companies.

As Böer was helping develop Owen’s curriculum, serial entrepreneur Michael Burcham was on campus teaching Managerial Studies to Vanderbilt undergraduates. “The student interest was there. Our average class size went from 30 to 150 and just kept growing,” Burcham remembers. “I found a great ally in Germain. We were both trying to build something, and we decided to try to do it together.”

Burcham came to Owen in 2007 at Böer’s urging to start the Accelerator Summer Business Immersion. “He was a terrific leader,” Burcham says of Böer. “His desire and passion were contagious. He was a champion of student ideas, and I was a pragmatic investor type. We were a good pair.”

In 2009, Burcham left Owen to start the Nashville Entrepreneur Center, where Böer sat on the board and helped create the vision for the center while continuing to build out the entrepreneurial framework at Owen.

“He wanted to get enough programming so that a student who wanted to study entrepreneurship had a place at Owen,” Burcham says. “There are always students who want to do that, and we didn’t want them to say no to Owen. We thought about what we could offer outside of classes—conferences, breakfast and lunch events, opportunities during breaks, opportunities with alumni. It was incredibly successful. There was lots of student interest.”

In 2013, Johnson, who had been on Owen’s faculty during the ’90s, came back as dean. Early on, he implemented a strategic planning process for the school, and one strength that emerged was Owen’s personalized, high-touch MBA program.

“Our brand was to provide a world-class business education on a personal scale,” he says. “That fits right in with the entrepreneur mindset.”

Successful alumni entrepreneurs like the Longs and Jim Sohr, BE’86, MBA’90, would have welcomed that programming as students. 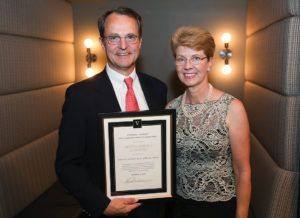 “When Carolyn and I were at Owen from 1981 to 1983, there was no culture of entrepreneurship, much less any classes or other support for students interested in being entrepreneurs,” says Jack Long, past chairman and co-founder of PeopleAdmin Inc., an Austin, Texas-based software business. “At the time, Owen was focused on the traditional role of business schools in producing students well-suited for careers in consulting, banking and large corporations. If a student wanted to pursue entrepreneurship, they basically needed to do it solely on their own initiative and outside of Owen’s academic program.”

Sohr, the past president and co-founder of AIM Healthcare Services in Franklin, Tennessee, had a student experience at Owen that was similar to the Longs’.

“Entrepreneurship was not perceived as central to business education while I was at Owen,” the veteran entrepreneur says. “The experience, expectations and the preparation to work in the entrepreneurial world are wildly different from the traditional corporate world.”

To support students interested in launching their own businesses, Sohr and his wife, Leah, in 2012 established the Sohr Grants. Up to five students each year compete to win $25,000 grants to pursue their startup.

“The risk taking and innovation at the foundation of entrepreneurship are key to moving society and business forward,” Sohr says. “As it is central to our future, I couldn’t imagine a business school not preparing their students for the possibilities, challenges and successes of entrepreneurial life. The grant that my wife, Leah, and I provide is intended to encourage students to dream big and get them prepared to take a chance to be an entrepreneur.”

As part of that preparation, Owen has built a roster featuring talented faculty as well as experienced entrepreneurs who know the hands-on reality of building a business from scratch. 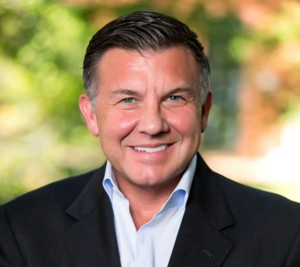 “For so many of our students, there’s this romantic notion of entrepreneurialism,” Johnson says. “It’s dirtier and much more painful than they realize. You need a plan, but you have to be comfortable with it changing rapidly. Failing fast is the new thinking. The focus is totally on the customer, getting their feedback very early on and developing that interaction.”

Entrepreneurship-centric curriculum additions include courses on social enterprise, innovation, business models, launching the venture and user-centered design. With more than 20 years of experience in health care innovation, entrepreneurship and startup venture coaching at his disposal, Burcham teaches the popular Launching the Venture courses. Burcham, now professor of practice of management and faculty director of the C4E, is leading a faculty committee to review the curriculum—an opportunity he deems “very exciting.”

Johnson points to tenured professors Brian McCann and Berk Sensoy as examples of faculty forging new territory in entrepreneurial studies. McCann, MBA’04, the David K. Wilson Professor of Management and faculty director of the Turner Family Center for Social Ventures, focuses his research and teaching on strategic management and entrepreneurship. He has won more teaching awards than any other Owen faculty member.

His work at the Center for Social Ventures—an interdisciplinary, student-led organization committed to developing socially and environmentally conscious leaders and doers—ties directly into the entrepreneurial arena at Owen. The initiative supports Owen’s strategy to develop centers that provide unique programming and leverage faculty impact.

The C4E produces campuswide pitch competitions judged by local entrepreneurs, partners with influential players on and off campus, and helps students network with alumni to provide insights, support and mentoring.

Alumni are a big part of the overall plan. “We really want to bring our alumni back into the conversation,” Johnson says. “These are folks who have lived through a startup and can talk about the pitfalls they’ve experienced in areas like legal, marketing, and HR. Having that really strong alumni network makes such a difference.”

One of the most visible projects of the C4E is the Vanderbilt Entrepreneurship Conference. Launched in 2019, the conference offers a day of top-level speakers, topic tracks and panel discussions before wrapping up with a pitch competition for students from all corners of the campus. The 2021 conference, held virtually due to the COVID-19 pandemic, drew more than 400 participants.

Johnson says Owen’s next decade should be exciting. “The entire university is embracing entrepreneurship. So many students see it as a career path,” he says. “Maybe you’ve got a Ph.D. in life sciences, and these programs persuade you to pursue your own business instead of going into academia.

“We’re in such a good place. Nashville is really an incubator. You combine our efforts at Owen with the Wond’ry, the Nashville Entrepreneur Center, the Nashville Capital Network and more. We’ve got it all—a whole ecosystem.”

Jack Long is delighted with the changes at Owen. “The school now proudly supports students who want to be entrepreneurs in many ways, including formal classes, independent studies, speaker series, access to entrepreneurs in residence, and even direct financial support via Sohr Grants, second-year scholarships, and summer grants,” he says. “We could not be prouder of this transformation over the last 40 years.”