Is Media Hype Behind the NFT Market Growth?

It’s a common question among financial professionals and market researchers: how much does the media affect rapid growth in high-risk markets? Ample evidence shows media coverage plays a vital role by reducing uncertainty and informing the public about investment risks. At the same time, when journalists fixate on growth and quick returns to excite their readers, news can create a fear of missing out that prompts irrational investments. 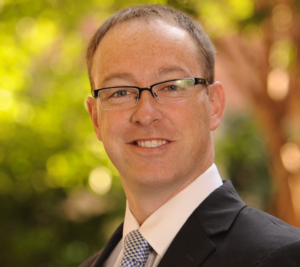 The debate has never been more significant than in the non-fungible tokens (NFT) market, where massive growth and media coverage appear to have risen as one, and few entrants fully understand the underlying blockchain-based technology. A new study co-authored by Joshua White, a finance professor at Vanderbilt’s Owen Graduate School of Management, finds that in the case of NFTs, media fosters growth without triggering a frenzy of investment decisions.

Growth of the NFT Market and Its Media Coverage

To measure media’s effect on the market, researchers merged their databases of trades and news articles on a daily basis. They also measured the tone of each article. Applying advanced analytics across the combined data allowed researchers to estimate the link between NFT news and market fluctuation across a number of days. They measured media’s influence on market participation, volatility and seller returns.

“If the news media are primarily hyping NFT markets, you should see a positive relation between NFT news and NFT volatility and returns,” said White. “If the media are educating market participants, then seller returns and price swings should decline because new buyers are better informed.”

Market Participation: Unsurprisingly, the more the news coverage, the greater the increases in NFT minting and trading five days later. As public awareness about NFTs grew, more buyers and sellers also entered the marketplace. Negative news coverage weakened the effect, but only 9% of all the coverage took a negative angle (41% was positive, 50% neutral).

Seller Returns: Average NFT returns were high but fairly consistent during the sample period, averaging between 70.4% and 158.2%. Again, going against the expectation in a media-hyping situation, seller returns were lower following surges in NFT news, especially when the news was negative or neutral.

Does the Media Source Matter in NFT News?

The articles in the study came from 1,600 national and local news sources. Researchers segmented sources into 5 categories: local, national, financial, tech, and crypto. They measured the coverage and tone of each segment, again looking at changes in market participation, volatility, and returns in the days following.

Financial media covered NFTs the most and most positively. National and tech news articles were typically more neutral, and together these 3 segments spurred greater and more informed market participation. Local media coverage was the most negative but least impactful of the group. And though one might expect crypto sources to tend toward hyping NFTs, their tones follow the averages of the other segments, and their coverage correlates with lower volatility and seller returns.

Taken on the whole, the study seems to overturn the idea that news outlets are primarily igniting dangerous growth in NFTs. Instead, media appears to play an educational role.

While it remains to be seen whether this role holds true over the long term in the NFT market, in the interim, it can offer investors some assurance that journalists help readers see through the hype of fast-growing, complex, and unregulated markets such as non-fungible tokens.