Does Hoodwinking Others Pay?

Dishonesty in negotiations is tempting because it sometimes leads to better outcomes for the deceiver, but it also lessens the deceptive negotiator’s satisfaction with the bargaining experience. New Vanderbilt research finds that even when dishonesty goes undetected and positively impacts financial outcomes in a negotiation, negotiators are less happy with their deals and less willing to do future business with the person they deceived. 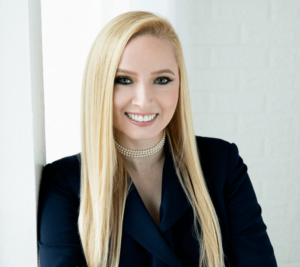 The study, Does Hoodwinking Others Pay? The Psychological and Relational Consequences of Undetected Negotiator Deception, co-authored by Jessica A. Kennedy, Associate Professor of Management at Vanderbilt, supports the deceiver’s “guilt account,” whereby being dishonest induces more guilt than happiness, reducing the subjective value gained from a negotiation. This contrasts with the “deceiver’s delight account” supported in research outside the negotiation context, which holds that dishonesty promotes positive affect, like a cheater’s high.

“Too often, people think lying at the negotiation table is an easier path than honesty to an outcome that makes them happy,” says Kennedy. “We show that the psychological costs of lying outweigh the psychological benefits, and this is even more true when financial stakes are large.” In other words, money doesn’t make up for a loss of integrity, psychologically.

The researchers conducted 4 studies to test the effect of undetected dishonesty on negotiators’ outcomes, satisfaction, and interest in negotiating with the counterpart again. The studies consistently found that dishonesty elicited more guilt than positive affect and reduced negotiators’ subjective value. The pattern held whether the deceiver told the lie of their own volition or was instructed to do so by another person. This effect also persisted regardless of whether participants scored high or low on 3 aspects of moral character: moral identity internalization, empathic concern for others, and self-control.

While prior research has investigated the risks of detected dishonesty, these studies explore how even undetected dishonesty can negatively impact the negotiator engaging in the deception. Whereas the harm to the victim is obvious, the harm to the deceiver is less so, and this research helps to establish it. The findings suggest that the ongoing psychological and relational costs of deception may not be worth the material gain that the deceiver sometimes attains in the moment.

“Hopefully, people start to consider high ethical standards as compatible with their happiness, not an impediment to it,” Kennedy says.

The study, Does Hoodwinking Others Pay? The Psychological and Relational Consequences of Undetected Negotiator Deception, is co-authored by Alex B. Van Zant at Rutgers University and Laura J. Kray at UC Berkeley. The study is forthcoming in the print edition of the Journal of Personality and Social Psychology.