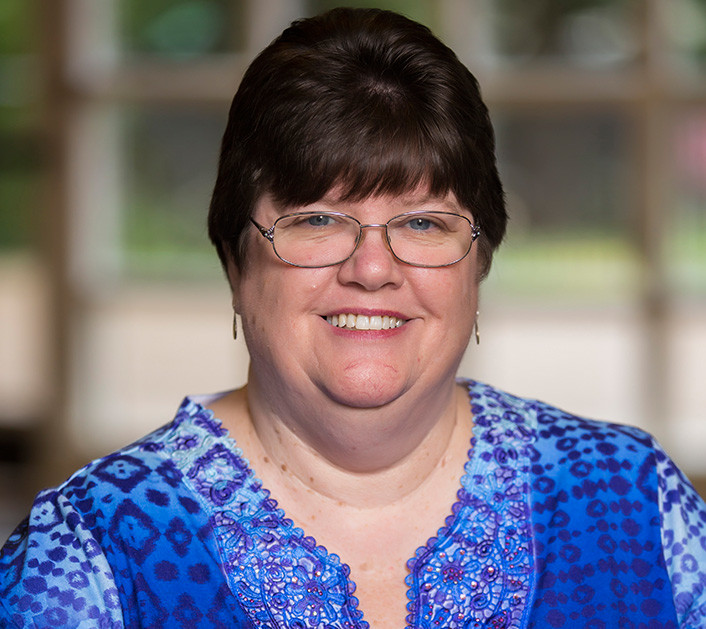 Janet Sisco has been at Owen since 2001. She currently works as a staff accountant in Finance and Administration, managing classpaks, approving all expenses, processing all contracts, and doing month end close. She and her husband Johnny, a Vanderbilt Medical Center employee since 1985, have 5 children and 6 grandchildren. Janet received her degree in accounting from Nashville State in 2009 and is a member of Kappa Beta Delta. She has been a member of the Computer Accounting Advisory Committee at Nashville State since graduating. Before joining Owen, she worked in various roles at Vanderbilt University Medical Center, and was president of the Medical Center Staff Advisory Council. Before coming to Vanderbilt in 1988, Janet had worked as an EKG technician at St. Thomas, a taxi driver in Franklin, and even a roofer for a short while. Janet loves to sit on the beach with her Kindle, and is well known for bringing her homemade cakes for the department’s birthdays.