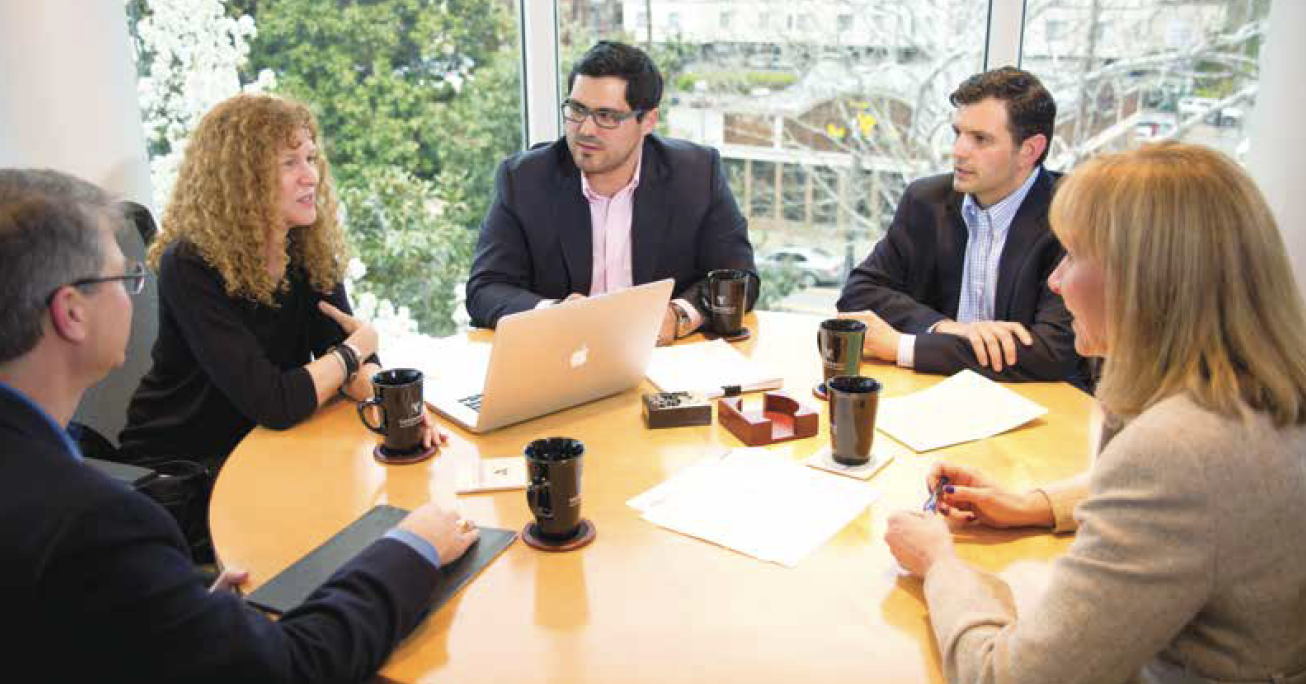 What makes Vanderbilt leaders different from other B-school graduates?

JR: Effective leadership is almost an intangible of being able to get people—whether it’s your peer group or people who report to you—to
follow you, follow instructions, and understand. In my opinion, it’s got to be collaborative, not a directive.
EBK: Right, you want leadership to be effortless. You want it to be collaborative, for it to be a team effort versus a power effort. 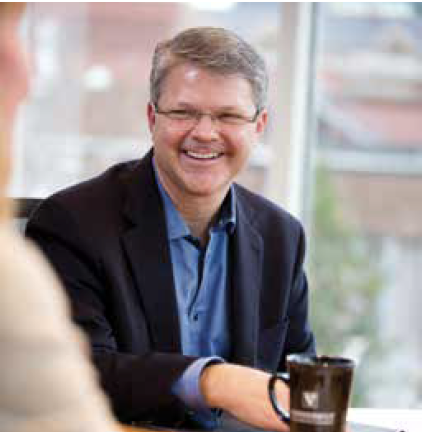 DY: From my standpoint, the best leaders are those who really are able to take their entire teams and feel like they’ve got them all behind them with everything they’re doing in every way.

CD: It doesn’t matter what your role is. I think that leaders are at all levels of the organization and they influence people to achieve something.

EBK: All of us come to MBA school wanting to learn how to conquer the world and how to be CEO one day. You show up and one of your first classes is Leading Teams and Organizations. What that course really teaches you is that there’s such a thing as leadership at all levels. A lot of that, frankly, played out in our two years as we worked with the different people on different teams in each of our different courses.

MA: What came to mind were, obviously, influence and being authentic. I think that as leaders we’re constantly challenged—especially when we’re talking to our teams—to make sure that what we ask them to do is authentic. I think the critical point is trust. It’s building
trust, having those directives come from an honest place. It’s coaching, and working with people to make sure they’re understanding.

DY: The thing I love about Owen is that we’re a school that, at the end of the day, really puts leaders out there who are trusted. From my standpoint, it’s part of the personality of the school.

MA: I think it’s also the way this whole program has been structured. You can’t hide here. Talk about trust and building trust! When you’re in a school that only has 170, 180 students within that MBA class, you can’t hide. You have to be yourself so people can trust you so you can all get through. 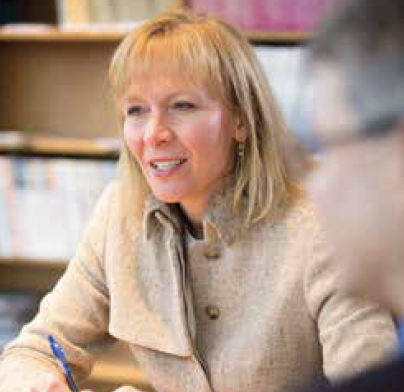 CD: I think one of the reasons Owen has been able to build that kind of culture is that it “discovered” the importance of groups long before it became the buzzword in most B-schools. Owen’s always had a strong focus on group work and succeeding as a team. Well, it takes a lot of work to learn how to be an effective group member, and learning how to influence without authority is a real skill.

JR: The theme that I’m hearing is that (the trust and the relational nature of the Owen experience) has given us all confidence. It’s contagious. It allows us to be better at what we do and bring our teams up and foster that kind of similar environment as we had here.

JR: Communications is a big part of that—listening to what people want and reaching out. I was given some advice years ago and now I follow it almost to a T: Take your employees out to lunch once a quarter. You learn so much more about your team and what they really need in just listening through 45 minutes, an hour.… You really get your pulse on what’s going on in the organization. To me, it’s not a leadership thing, it’s just listening.

CD: I think listening is a big part of leadership. We talked earlier about the importance of building trust: Well, how do you build trust? As a leader, that’s not an easy thing to do. So taking people out to lunch and having casual conversations is one way to try to bring those barriers down.

CD: One of the things that I’ve learned since I left here—and I think current Owen students are learning—is the power of reflection. It’s not just managing down and up if you actually want to be successful. It’s taking a step back and saying, “What did I learn from this, good or bad, and what am I going to do about it going forward?”

JR: When you are able to reflect, you are able to better communicate and coach your team—whether it’s peers, those working for you or those managing you. I really take it to heart that a leader is one who really looks at the big picture. I think Owen does a really great job of making sure that we do take that step back, look at the big picture and what’s best for you and your progression.

ON DOING IT ALL

JR: The higher you go up, the more diverse your skill set has to be because you’re ultimately a salesperson for your vision, for the product, for people to believe in themselves at work. You’ve got to be able to do all of it to manage those people. That’s where the diversity of coursework has really made us a stronger alumni group when we go into the workforce.
EBK: Recognizing as a leader what your strengths are and then surrounding yourself with people who have the things you don’t is so huge.

CD: As a leader, it’s becoming increasingly critical that we not only have all the things we’ve talked about but that we also value differences. And I think that learning agility, that ability to be resilient, to be reflective, to learn from your experiences, to be open to other experiences is critical.

JR: To be a real leader, you can’t have an ego because you have to communicate with so many people and transition your message to make the same point but make sure it’s heard by every level.

MA: Until you mentioned this, I didn’t really think about it, but you talk about these circles that are created within Owen. We build these bonds as almost family and we take it to the workplace. We know that’s an effective way to lead an organization.

DY: I do feel like there’s a diversity in what we do here at Owen that makes us unique … it’s a different approach. There’s not an entitlement that comes from graduating from Owen. It’s every day you get out there and you earn it. You earn the respect of those that work for you.