3 Leadership Lessons from the Mayor of Montgomery, AL

Steven Reed (MBA ‘04) is a major leader in Montgomery, Alabama: the Vanderbilt Business alum used his prior experience as a financial analyst, lobbyist, and probate judge to become the first African American Mayor of Montgomery in 2019.

Reed came to speak at Vanderbilt Business a few weeks ago as part of the Distinguished Speakers Series (DSS). DSS is a student-run initiative that invites business leaders to come to campus and share their experiences in the business world. Past speakers include Kate Burke, CAO of AllianceBernstein, and Sarah Trahern, CEO of Country Music Association (CMA). Hosted by Dean Eric Johnson, the talks are open to all students, faculty, and staff at Vanderbilt.

Reed shared his story of how he started at American Airlines as a financial analyst and eventually became an entrepreneur before being elected Mayor of Montgomery. Here are Reed’s 3 key pieces of advice for aspiring business leaders: 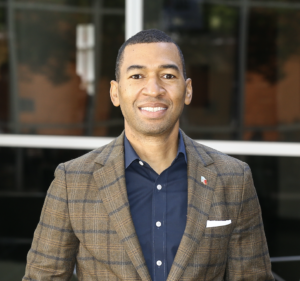 1. Don’t Be Afraid to Pivot

Early in his career, Reed started to develop an “itch” for public service — but at the time, he never thought he’d run for office. Instead, Reed pivoted his career to become a lobbyist at Perry Reed & Associates after graduating from Owen in 2004. “When I combined that energy with the motivation to create a more positive outcome for other people, I started to take my attention off of what was in it for me… and thought what kind of difference or change I could make if I took my experience here at Owen and my experience that I had at that time in corporate America into government and into public service,” Reed said.

After many years of serving as a probate judge in Montgomery, Reed decided that he wanted to put his efforts into making a bigger change in the city and ran for office of mayor. In 2019, he was elected the first African American mayor of Montgomery. Reed encourages young leaders to get outside of their comfort zones and try something new to make a positive impact. “Either you can sit over here and be comfortable and safe… or you can look for a challenge and look for ways to create positive change,” Reed said.

3. Leadership is a Necessity in Tough Times