As members of one of the nation’s top research universities, Owen faculty always have something interesting on their minds. Here’s a portion of what two faculty members are currently considering. 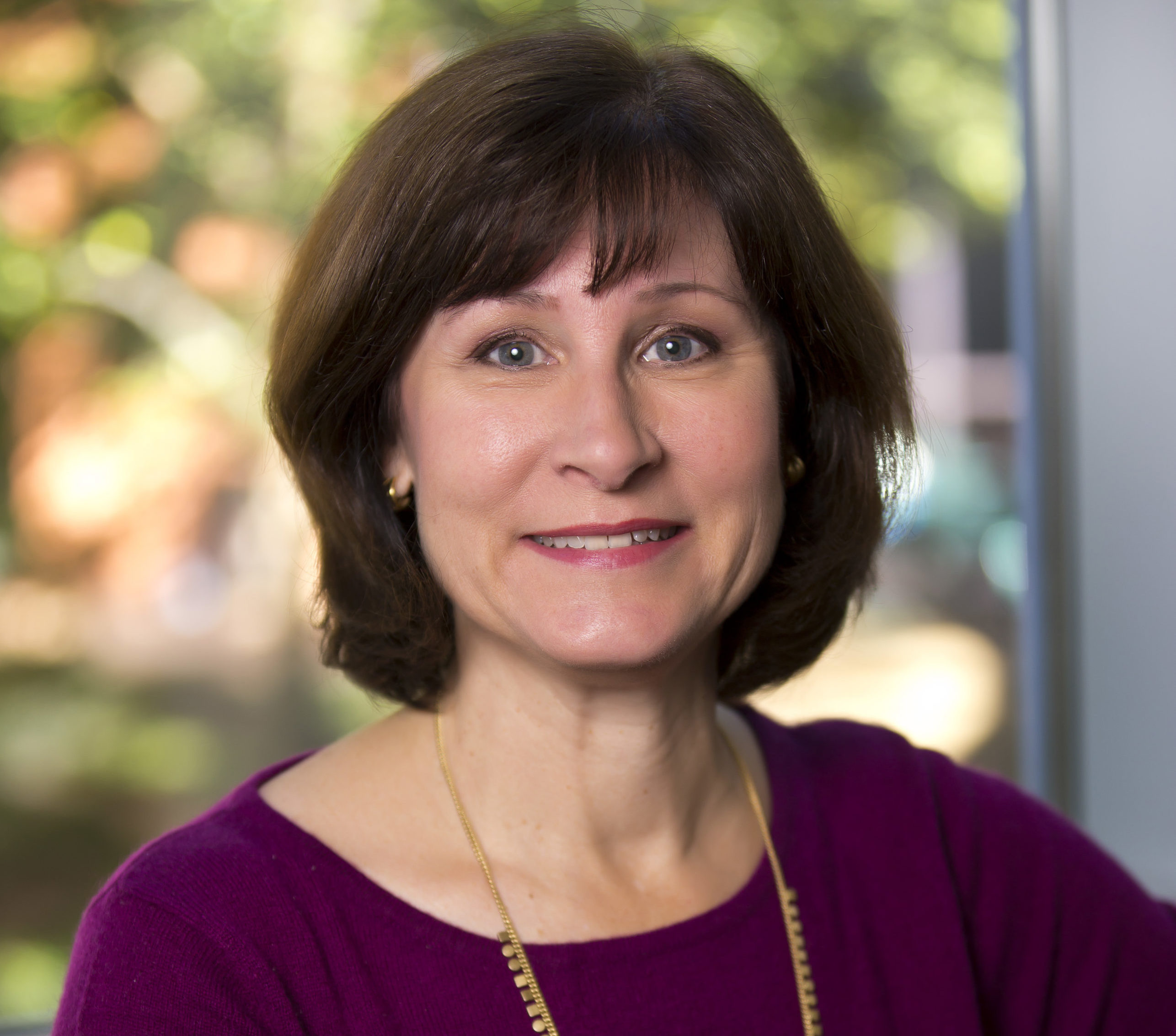 Who: Jennifer Escalas, associate professor of marketing. Escalas came to Vanderbilt in 2004 after eight years as a professor at the University of Arizona. She earned two undergraduate degrees at UCLA, one in Spanish and linguistics and the other in economics. She stayed at UCLA for business school, earning her MBA from the Anderson School of Management. Before starting her journey in academia, Escalas was an assistant vice president at Union Bank in Los Angeles.

Escalas’ research focuses on how consumers process narratives in advertising. Super Bowl ads are an example of brands using storytelling to evoke an emotional response in viewers. And for that reason, the media regularly calls Escalas for critiques of Super Bowl ads, as well as other buzzworthy TV commercials. She has published her marketing research in top academic journals and has served on many journals’ editorial and review boards. Escalas is also the director of Vanderbilt’s eLab, an academic research center dedicated to the study of human behavior, particularly in online environments.

What she’s researching: Escalas is interested in how storytelling is used in online reviews of products or services by consumers. She examined online reviews on Trip Advisor, a popular website where travel reviews from the public can make or break businesses in the hospitality industry. Escalas hypothesized that a Trip Advisor review will be more compelling if it tells a good story. The idea is that the reader of the review will get lost in the story, called “narrative transportation” in the marketing world, and that can lead to an attitude change in the person reading the review, according to previous research on the subject.

“In reading a review of a trip to Las Vegas, you would perceive the trip as being better or more entertaining— and, therefore, a good vacation for you— if you were transported into the story,” Escalas says.

Escalas’ team pulled more than 1,000 Trip Advisor reviews of experiences in Las Vegas. First, they measured the helpfulness votes on the reviews, which is a reader’s way of giving a review a thumbs up. These helpfulness votes served as a proxy for narrative transportation. Then her team picked apart the reviews, doing work in narratology, which is a marketing term for deconstructing narrative into their parts. Her research team looked for telltale signs of narrative storytelling such as characters, plot and genre.

The preliminary results from the study suggest a positive correlation between telling a good story and helpfulness votes on Trip Advisor. “My advice to people is, when you’re writing a review, tell a good story if you want people to take you seriously,” Escalas says.

Why it’s important: The results might seem obvious, but in a digital world where attention spans are short and brevity is often valued, this research has identified an area where people still have a desire for storytelling. As people grow weary of traditional advertising and seek out authentic reviews online when researching travel, brands should be increasingly aware of how they are perceived.

“Most of my work is on advertising, but people trust these peer reviews so much more than they trust advertising,” Escalas says. Potential customers, whether hotel guests or casino gamblers, find good stories about a trip they are considering very helpful when making travel plans. Providers of travel services should know that a Trip Advisor review that tells a story about them could be the deciding factor in someone booking with them or not. Escalas also thinks the research would translate beyond just travel reviews.

“Experiences like vacations are particularly well-suited for stories, but I think our research would apply to tangible products as well because you can imagine the experience of using the product,” Escalas says. 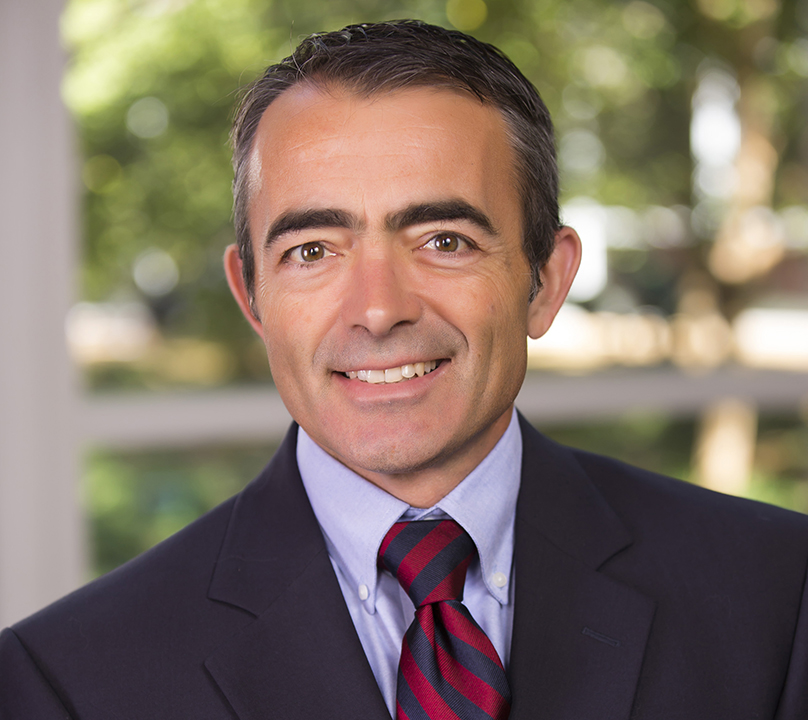 Who: Nick Bollen, the Frank K. Houston Professor of Finance and an internationally recognized financial expert on hedge fund fraud. Bollen joined Vanderbilt in 2001 after taking what some may consider an unusual route to becoming a finance professor: He earned a degree in physics from Cornell University before getting his MBA from the Fuqua School of Business at Duke University. He then went on to earn a Ph.D. in finance at Duke.

Since joining Owen’s finance group, Bollen has become a prolific researcher and was quickly awarded tenure and promoted to associate professor in spring 2005. He was the 2005 recipient of the school’s Research Productivity Award and has published more than 40 papers during his time here, including 15 papers in top finance journals. In 2009, he received the Owen Research Impact Award, and in 2010, he was promoted to full professor.

Earlier this spring, Bollen was named the Frank K. Houston Chair in Finance. Bollen is also a leader of Vanderbilt’s Financial Markets Research Center, which hosts some of the financial world’s most respected thinkers during two conferences annually.

What he’s researching: Lately, Bollen is interested in how the gender of financial advisers affects their financial advice. Behavioral finance is increasingly important due to the rise of defined contribution plans, which have displaced defined benefit plans. Individual investors are now forced to take more responsibility for their financial health than they have in the past. Trillions of dollars in capital is now invested in retirement plans that are ultimately under the control of individuals. Bollen says when he teaches personal finance, he talks about gender differences in financial behavior that have roots in psychology. One study found that men tend to be more overconfident than women, and that has been shown to affect the financial decisions that men make.

Other research shows that men, on average, are more risk-tolerant than women, which affects the composition of their investments. To understand more about how gender affects behavioral finance, Bollen decided to investigate whether gender affected how individuals give financial advice to their clients. Bollen sampled financial advisers and graduate students in business school. He asked them questions about the financial advice that they would give to hypothetical clients. He also asked them questions about the financial strategy they would choose for themselves.

Among professional financial advisers, those gender differences disappeared, but the recommended risk-level increased. Bollen’s study found no gender difference between the asset allocation risk that the advisers choose for themselves, and both genders chose a riskier allocation for themselves than the students chose. “The results suggest that a person who chooses to become a financial adviser is risk-tolerant, regardless of their gender,” Bollen says.

The pros also did not differ in their advice depending on the gender of their clients. “It’s natural to think about gender differences given what we know about risk preferences, on average, of men versus women,” Bollen says. “But in the context of financial advice, it’s a red herring.”

Why it’s important: Many of Bollen’s students work in financial management, so the study suggests they should understand that their own risk tolerance might differ from their clients. The research also tells investors something about the risk tolerance of the people that are doling out investment advice.

“Finance appears to be a profession that doesn’t appeal to risk-averse people,” Bollen says. “Our research shows a projection effect, where financial advisers project their risk tolerance onto their clients.” This implies that financial services firms need to do a better job understanding the preferences of their clients, Bollen says.