With Mod 1 coming to a close, we caught up with the inaugural winners of the Summer Grant program. Each was given $15,000 to research, investigate, and/or launch a concept, with the hope that they’ll be better positioned for success in their second year, which may include earning a $25,000 Sohr Grant. 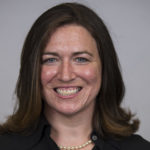 Her background: Invasive species have been on Rachel Rock-Blake’s mind for years. Before coming to Vanderbilt, she worked with a researcher that focused on the marine variety of invasive species, giving her a background on the topic at large and relevant policy issues. She noticed a frustrating trend in the common approaches to handling Asian Carp, Lionfish, and other species (maritime or otherwise) that are introduced to a foreign environment and thrive at the expense of original inhabitants.

“There are lots of efforts to prevent new invasive species from showing up, like hoses at docks to spray down boats, but once they get somewhere, it’s difficult to do anything about them,” she says. “When people do try to remove species, it’s usually involves a government spending a lot of money to remove something from a highly valued area.” Rock-Blake arrived at Owen looking for a way to change the perception of these foreign invaders from value-destroyer to valuable resource.

Her first year: Rock-Blake pitched a potential solution (she called it “a loose version of ‘catch the fish and use them’”) at the first FireStarter of the year. It fizzled. “I was talking too much about the science and hadn’t honed in on the business application,” she explained. After taking a suggestion from economics professor Luke Froeb, she looked into certification as a mechanism to open up new markets to invasive species.

“Certifications raise the value of a product,” she says. “It creates a higher willingness to pay, because people have a sense of social responsibility.”

She began formulating her pitch around certifications at subsequent FireStarters and other events, earning 3rd place at the inaugural Owen Venture Competition, before applying for the summer grant.

Her summer: Rock-Blake used the funds to hit the road to validate her concept, learn more about the certification business, and visit the frontlines of the fight against Asian Carp, a variety of invasive species that has dramatically impacted ecosystems across the Mississippi River Watershed, which in turn damages a sport-fishing industry that carries a significant economic impact across several states.

Rock-Blake is beginning with the Asian Carp because it represents “a hugely undervalued resource that needs to be removed.” Carp have a bad connotation in the US (unlike in Europe and Asia) but as primary feeders that are low in mercury and high in protein, they are clean and tasty fish.

She spent a lot of time in Kentucky, the first state to establish an official carp program. Working with the state’s Fish & Wildlife Invasive Species Task Force, she rode along with commercial fishing boats subsidized to fish for Asian Carp, talking with officials and fishing industry leaders about her concept. Rock-Blake took a closer look at the certification industry as well, connecting with non-profits like Free Trade to learn about their business models, certification criteria, and operating procedures. She talked to potential customers that rely on certifications to adhere to quality standards.

Rock-Blake used her insights to refine her business model, estimating team structures and associated costs. She’s designed a logo and started development on a website. And, perhaps most importantly, she started developing her product – the certification standard.

Her Next Steps: Rock-Blake plans to apply for the Sohr Grant and foundation- and government-based grants. Once her certification standards are drafted and vetted by the scientific community, she’d like to get a couple of early adopters. The Asian Carp outfit is a good place to start, as they already have the fishery and three processing plants.

“I’m excited because I think this could be big,” she says eagerly. “I kept waiting for someone to tell me that it’s already been or being done, or that there’s a glaring reason it won’t work. I still haven’t gotten it.”

His concept: Let’s Room Together, a website that helps graduate students find roommates 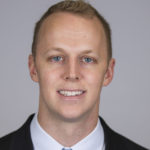 His background: The former investment operations strategist from T. Rowe Price came up with the concept for Let’s Room Together last summer, as he struggled with the housing search process in Nashville. “I was looking for a roommate to cover costs, but there wasn’t a good platform to use,” he explains. “I was meeting strangers that had different schedules, people with full-time jobs that didn’t have the same needs as grad students.”

Morsches ended up getting engaged that summer and making the move with his fiancée, but the lack of attractive search options (short of a marriage proposal) intrigued him. With a business problem in hand, he set about finding a solution.

His First Year: Morsches hit the ground running. He ran the idea by Owen’s admissions team, who loved the concept. The judges at the early FireStarter sessions did as well.

A self-taught programmer, Morsches built out the website and functionality, creating a viable beta version he could bring to graduate programs, specifically their admissions staff. Along the way, he took 1st place at the Owen Venture Competition and landed two graduate programs as early adopters.

Through the rapid development, Professor Germain Boer provided invaluable assistance. “He was a big help,” Morsches says, “connecting me to people who could answer my questions, and provided a great environment in which to take a business from nothing into something that actually works.”

His Summer: With programs in tow, Morsches launched Let’s Room Together, de-bugging along the way to increase scalability. He used funds from the grant on server traffic, marketing, and a website demo that he can bring to more programs.

There’s another customer base for Let’s Room Together that he began considering as well. “Property Managers can help a lot, uploading their housing information for upcoming students, which helps,” Morsches explains. “They like graduate students as tenants, because they’re pre-vetted by the university and stay for two to three years.”

He also works with a North Carolina-based partner to help expand into the Tar Heel State, which boasts several graduate programs in the Research Triangle area alone.

His Next Steps: Morsches plans to sustain the momentum, expanding into more graduate school programs and meeting with admissions teams and interested faculty to help spread the word.

“I came to Owen to get out of my 9-5 finance job, but I didn’t know what I wanted to go into,” he recalls. “Once I saw the need for a roommate website, I just went for it. It’s not what I planned on doing, but it’s where I’m going now.”

His concept: A better way to pay informal workers and reduce cash risk for companies through mobile money. 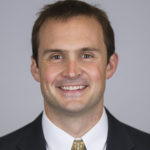 His background: Flint went to Tanzania in 2007 with a non-profit foundation. His interest in agriculture drew him into the world of coffee farms, where he became the General Manager of Burka Coffee Estates. After the farm was placed in an urban planning zone, he started looking toward the next chapter in his career — a search that led him to Owen.

His First Year: He was bitten by the entrepreneurial bug early. “When you’re starting a company, you’re trying to solve problems,” he says, “and the problems I know are Tanzania problems.”

In a country where 50% of workers don’t have bank accounts, pay day is a big problem. Companies in Tanzania and throughout Africa have safes on-site to compensate day laborers and informal workers, creating security risks for companies and employees alike. The mobile money industry, which is booming on the continent, mitigates these “cash risks,” but systems integration remains stuck in the early stages. Flint began reaching out to his network in the US and abroad to research possible software solutions, while pitching and refining his concept through FireStarters and Professor Michael Burcham’s “Launching the Venture” class.

His Summer: Flint used his grant money to finance a three-week trip back to Tanzania, where he met with business owners and operators, banks, and third-party integrators to more fully understand the mobile money landscape, opportunities, and pain points. To avoid introducing bias, he kept his software concept under wraps. “I tried to determine all of the costs involved, and the relationships between integrators, mobile money telecom companies, and banks,” he says.

He ended up talking with two to three people a day on his trip. “School is a great time to consider starting a business, because everyone’s willing to talk to you. You’re not a competitor, you’re just a student wanting to learn,” he notes.

His takeaway? “The issues are more basic than I thought,” he concludes. “I thought I was going to add functionality to payroll, but it came down to the payroll itself: Microsoft databases from the 90s that get updated once a year. It’s not modern.”

Everyone he talked to was excited by the prospect of a more contemporary solution – one that can track taxes, social security contributions, and other fine points – but the market’s needs were fundamental in nature, while Flint’s concept was more complementary. In addition, the current political situation in Tanzania adds a layer of complexity to foreign business.

His Next Steps: Flint has spent Mod 1 following up with contacts, refining his concept, and working with the Center for Entrepreneurship and Turner Family Center to identify opportunities in other markets. He has a classmate that’s willing to connect him with offshore engineers that can build a beta version of his product, which will undoubtedly come in handy as he progresses.

Bigger picture, the father of three is looking forward to spending time with his family and in the classroom, “because in a year’s time, I won’t be able to do that anymore,” he muses. “When’s the next time I’m going to be in school again? I’m working on my idea, but I also want to soak up this next year.”