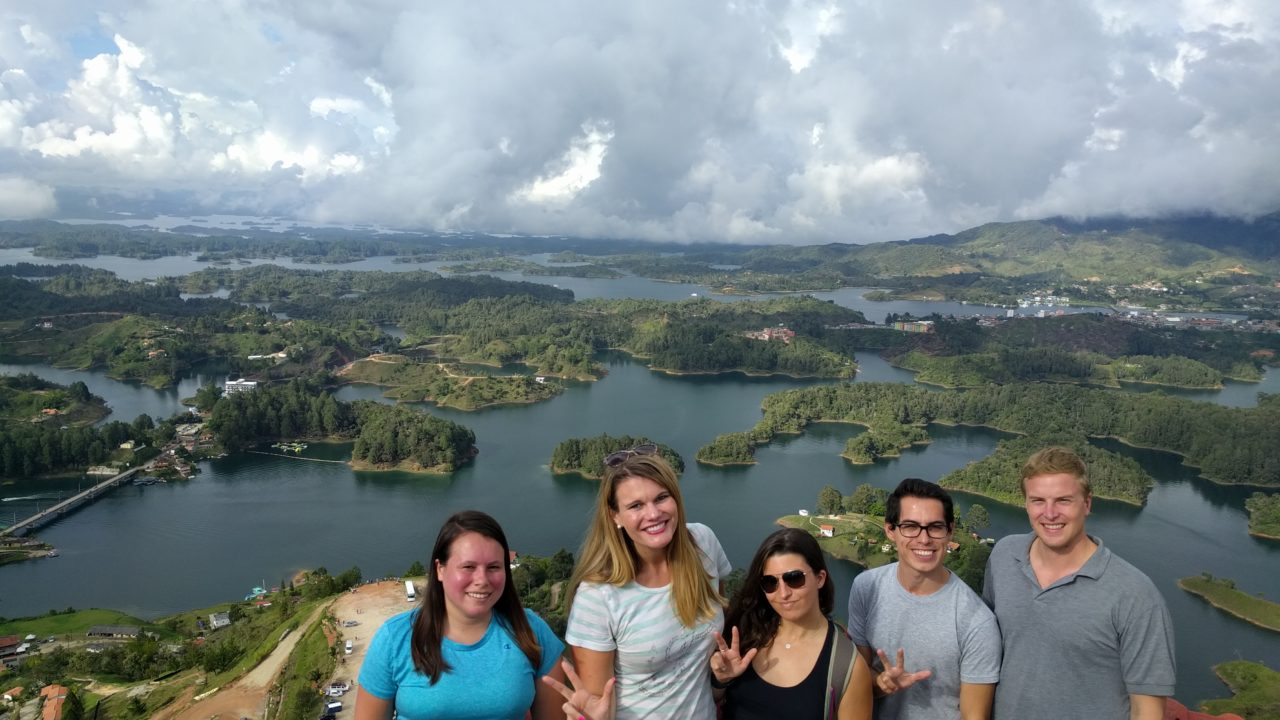 On the last day of Mod I, 12 students boarded a plane and flew to Colombia to spend 10 non-stop days learning about local innovation and entrepreneurship.

Each fall break, the Global Business Association (GBA) plans an international trip for MBA candidates to learn about doing business in another country. Students receive one credit for the trip, which counts towards the International Studies emphasis.

This year’s trip was coordinated by the GBA as well as the Latin Business Association (LBA), since the trip focused on a Latin American country.

“The goal of the trip is also the goal of the LBA: bringing a little bit more (knowledge) about how to do business in Latin America,” said Alejandro Sabillon (MBA’18), VP of External Affairs for GBA and a member of LBA. 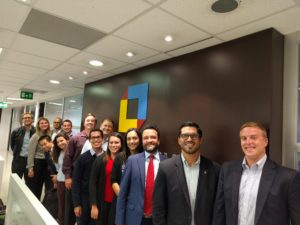 The visits the ProColombia offices

Student input shaped the trip at every step of the process, including the choice of destination. Over the summer, GBA and LBA sent out a poll asking them to pick one of three countries they’d prefer to visit. Colombia won out, and organizers set about gathering applications and hosting info sessions.

After finalizing the participants list, organizers solicited feedback on industries they wanted to explore. Based on the student feedback, trip planners reached out to companies in specific verticals to set up site visits and presentations.

Mario Avila (MBA’12), Director of the Turner Family Center for Social Ventures, did accompany the students on the trip. He also helped them decide on the theme: innovation and entrepreneurship in Colombia.

“I gave the trip direction…that’s one of the things Colombia has been known for, entrepreneurship and innovation,” he said. “I kind of set the tone of the class…and made some connections (but the students handled the details).”

After a few days of sightseeing in Cartagena, the team headed for the capital, Bogotá, where they investigated innovation in larger corporations and entrepreneurship in smaller startups. Stops in Bogotá included a rose farm, the U.S. Embassy, and ProColombia, a government agency that promotes exports, tourism, and foreign investment.

At their next stop, Medellín, two companies particularly stood out to students: Portafolio Verde and Interactuar. Portafolio Verde is a consulting firm that helps companies reach sustainable development goals; it’s previously worked with Starbucks and other big names. Interactuar provides one-year training programs for entrepreneurs to help them launch their businesses. 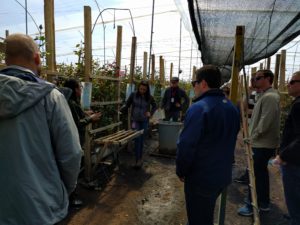 Colombia is one of the world’s leading exporters of flowers

“For a lot of students, you’re learning about a lot of industries you may never work in, like the floriculture industry. That doesn’t mean that there aren’t parallels and there aren’t ideas from those company visits that can be useful in whatever you end up doing,” said Marita Lawler (MBA’18), President of the Latin Business Association.

Students left Colombia with a new perspective on the country, having seen firsthand the efforts it has made to address its infrastructure challenges and promote business.

“There were assumptions from students (before the trip) that Colombia is a third world country,” Avila said. “(But) the overwhelming response from the students is that it’s a bustling country with a lot of opportunity.”

The trip gives students a chance to network and make connections, not only with the companies but also with each other. “For me personally, I think these trips during business school are really important, because that’s when I have built really strong relationships,” Sabillon said.

The trip allows participants to apply business concepts from their classes in a new environment. Furthermore, they’re immersed in different businesses and industries, such as the rose farm, that they wouldn’t necessarily come across otherwise.

“You get the opportunity to learn about not only a business environment or country that’s different than your own, but also different businesses than maybe you would normally interact with during the MBA program,” Lawler said. 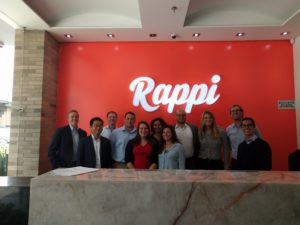 The group snaps a picture in the lobby of Rappi, an e-commerce company

Perhaps most important, the Colombia trip helps students develop the international mentality needed to succeed in an increasingly global economy.

“If you want to have that mindset of international business or trade, you need to learn how to do business with someone from Latin America,” Sabillon said. “Yes, you’re coming to the MBA program, but at the same time, you will work with people from different cultures, and I think this direct experience will help you with that.”