Around the World in Six International Business Clubs 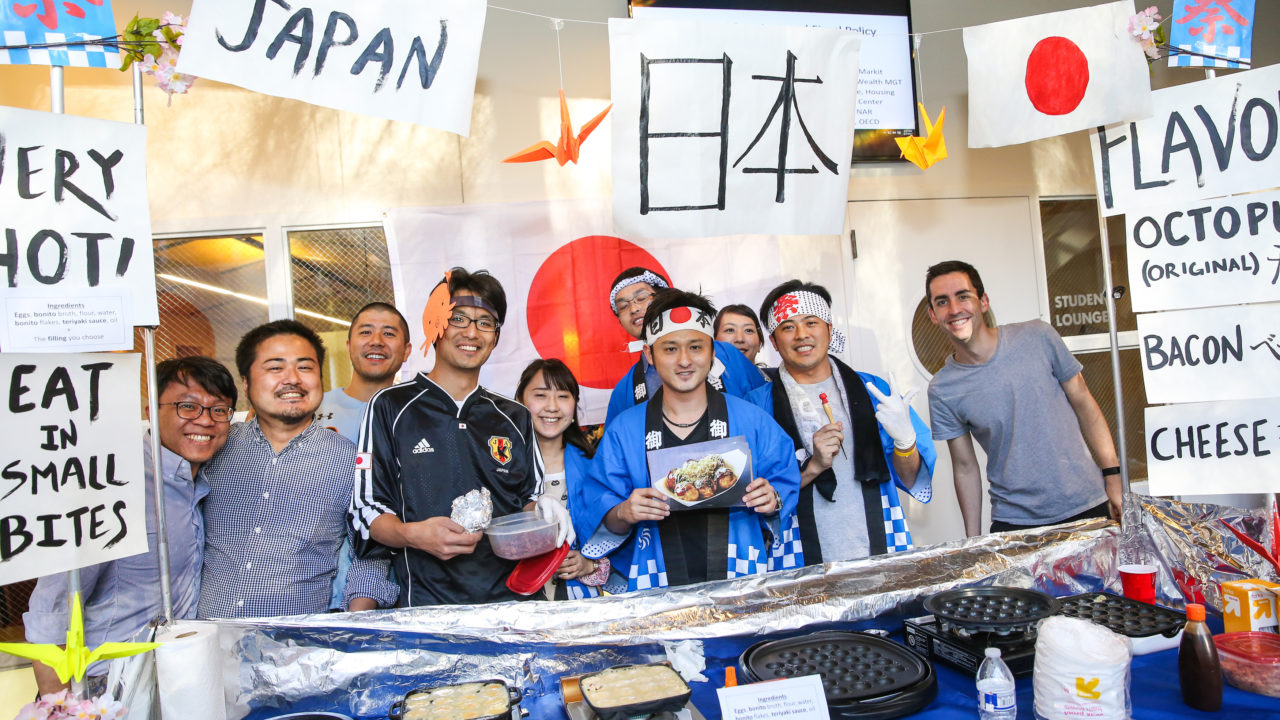 Headed into the new academic year, the Japan Business Club (JBC) at Owen hoped to double its membership from 30 to 60 members. The goal was ambitious, but the international-focused organization had won the Impact Award — given to the best small affinity club on campus — the prior year, and members were confident the new awareness would boost their numbers.

By the end of the student organization fair in mid-August, the JBC had 80 members signed up.

“We had to bring down extra registration forms to get those names down,” recalled Tomo Nara (MBA’18), President of the JBC.

“We have club members from all nationalities, which is awesome…we welcome any and all comers,” said Marita Lawler (MBA’18), President of the LBA.

Nara estimates that a quarter to a third of the JBC’s members are international students, although not all international business clubs are as heavy on domestic students. For both the JBC and other clubs, international members frequently hail from multiple countries, regardless of the club’s regional affinity. 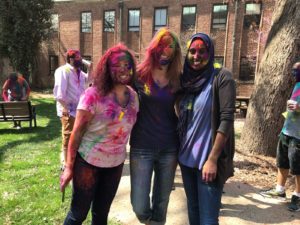 Members of the Indian Business Club celebrate Holi, the spring festival of colors

“We don’t want the IBC to be full of just Indians, because then it essentially has no meaning,” he said. “It’s not just a one-way flow of that cultural knowledge, it’s both ways. We want to learn, and we want other people to learn about our culture as well.”

The club leaders believe this two-way exchange of cultural information benefits students of all backgrounds.

“Because we have a diverse membership, we are able to accomplish our mission, both helping Asian students to make the transition to the U.S. and helping students from another part of the world learn more about Asia,” said Hieu Tran (MBA’18), President of the ABA.

Why Students Join the Clubs

Whether they are international or domestic, many students join the clubs as a way to meet fellow students they wouldn’t otherwise.

“(We want) to create a more inclusive community in general, one where we’re more likely to build friendships and relationships outside of the people who are just like us with the same backgrounds,” said James Northcutt (MBA’18), President of the GBA. 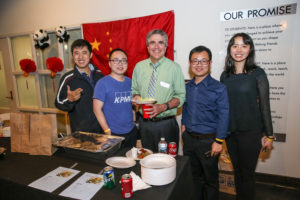 As Tran mentioned, the international clubs play a key role in helping international students acclimate to life in the U.S. Weigang Deng (MBA’18), now president of the GCBC, turned to second-year club members for advice when he first moved to Nashville from Shenzhen, China.

“When I had questions, I went to them (the club members)…after a couple weeks, I (officially) joined the GCB club,” he said.

“I think clubs were critical part of my development, professionally and personally, especially adjusting to the U.S.,” Verma agreed.

Likewise, domestic students — particularly those interested in working abroad — turn to international students for insight about working in other countries.

Long before classes start, many MBA candidates get a taste of the international clubs during Welcome Weekend in April. The clubs serve food from around the globe and network with the incoming students.

“Our biggest event is the Global Food Fest in the spring, which is a way to showcase all of our different students’ cultural backgrounds and also show the prospective incoming students how many different cultures there are and how we all come together,” Northcutt explained.

The various clubs also join forces for International Day, a themed Closing Bell to be held on December 7 this year. Each club puts on a traditional performance and serves cuisine from various countries and regions. 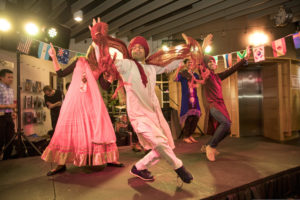 Clubs also partner directly with each other for smaller events. The GBA and LBA partnered to coordinate a trip to Colombia over fall break, and last spring the IBC and ABA sponsored a Bollywood movie night, with Thai, Vietnamese, Chinese, and Indian food on the menu.

In keeping with their missions, the international clubs try to offer a balance of cultural and professional events. They host lunch-and-learns where outside experts speak about doing business in different countries and trying to find a job in the U.S.

Sometimes these lunch-and-learns are incorporated into larger events. The Greater China Business Club, the Japan Business Club, and the Latin Business Club each host an entire week of programming (both professional and cultural) themed around their countries. The recent Latin Week featured salsa lessons and a Latin trivia night, while China Week in the spring includes Mandarin lessons and a dumpling demonstration.

While it doesn’t sponsor a full week of programming, the Global Business Association does offer Bridges, an initiative that pairs international and domestic students so they can build personal relationships. More than 40 students are participating this year. The GBA also hosts an International Thanksgiving potluck; students bring side dishes from their home cultures, while the club provides turkey and vegetarian entrees.

For students who seriously want to learn more about international business, the club leaders urge them to get involved in as many of the clubs and events as possible. The presidents themselves live out this advice: most of them are members of at least a few different international clubs.

“Joining as many international clubs as possible is probably the best way (to learn about other cultures),” Nara said. “Joining those clubs can lead to building individual relationships with the students from that country of origin. Once you build that (relationship), you can get a deeper dive into that culture.”

To learn more about student clubs at Owen, visit our student life page.

For more about life as an international student at Vanderbilt, click here.