New Research from Kelly Goldsmith identifies a relationship between immoral behavior, scarcity, and the "maximizing mindset"

Consumers looking for the “best”—in terms of value, quality, fit, or any other measure—are more likely to engage in immoral behavior, according to new research by Kelly Goldsmith, associate professor of marketing at Vanderbilt’s Owen Graduate School of Management.

The search for an optimal product or service creates a “maximizing mindset,” and while prior research has found a variety of personal implications (positive and negative), this is the first study to identify how the strategy may affect the way people treat others. 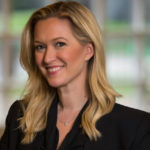 “Children today are bombarded with the message that they should go for ‘the best’ in all areas of life, from the schools they choose, to the jobs they choose, to the products they buy,” Goldsmith said. “This got us wondering: Could this type of mindset have negative consequences for how they interact with others?”

The study, to be published in Journal of Consumer Psychology, finds that adoption of a maximizing mindset can trigger feelings related to scarcity, which can increase consumers’ willingness to engage in immoral behavior for their own benefit. Through a series of five experiments, Goldsmith and her co-authors (Caroline Roux of Concordia University and Jingjing Ma of Peking University) establish the relationships between the maximizing mindset, scarcity, and immoral behavior.

This got us wondering: Could this type of mindset have negative consequences for how they interact with others? – Kelly Goldsmith

In one experiment, participants were asked to solve a series of “word jumbles” with a growing degree of difficulty, to the point of being “unsolvable,” based on pre-screening of the participants. A portion of the group was given a financial incentive; within this subset, a group was told that use of outside resources, like online anagram solvers, constituted cheating and would be a disqualifier.

Results revealed that participants who had an activated maximizing mindset and were offered a financial incentive were more likely to have cheated on the word jumble than those without the mindset, or those who were warned about cheating.

In another experiment, participants were told to solve a series of five math problems; each correct answer would earn them entries into a lottery for a $50 Amazon gift card. After completing the test, they were shown the correct answers and asked to self-report their results. Participants imbued with both of the inherent components of a maximizing mindset (the motivation to choose and a focus on the best) were more likely to self-report higher scores than those with an alternative motivation and/or focus.

Goldsmith’s findings provide a deeper understanding of the psychological mechanisms inherent to a maximizing mindset and illuminate the broader consequences that such a strategy can have, not just for oneself, but for others. In a marketing landscape where potential customers are urged to choose “the best” and the notion of scarcity is employed regularly, the effects that a maximizing mindset can have on consumer behavior should be heeded carefully.

“Although many marketers want to motivate consumers to act in their own self-interest and to buy what is best for them,” Goldsmith said, “our findings suggest that retailers who incorporate such messaging in-store may want to keep an eye out for ensuing immoral behavior, such as increases in theft or illegal returns.”

How Much is the Great Resignation Costing Companies?
Read More >
Best of Vanderbilt Business, Academic Year 2021-2022
Read More >
People Change When They Get Promoted, but Not Necessarily for the Worse
Read More >