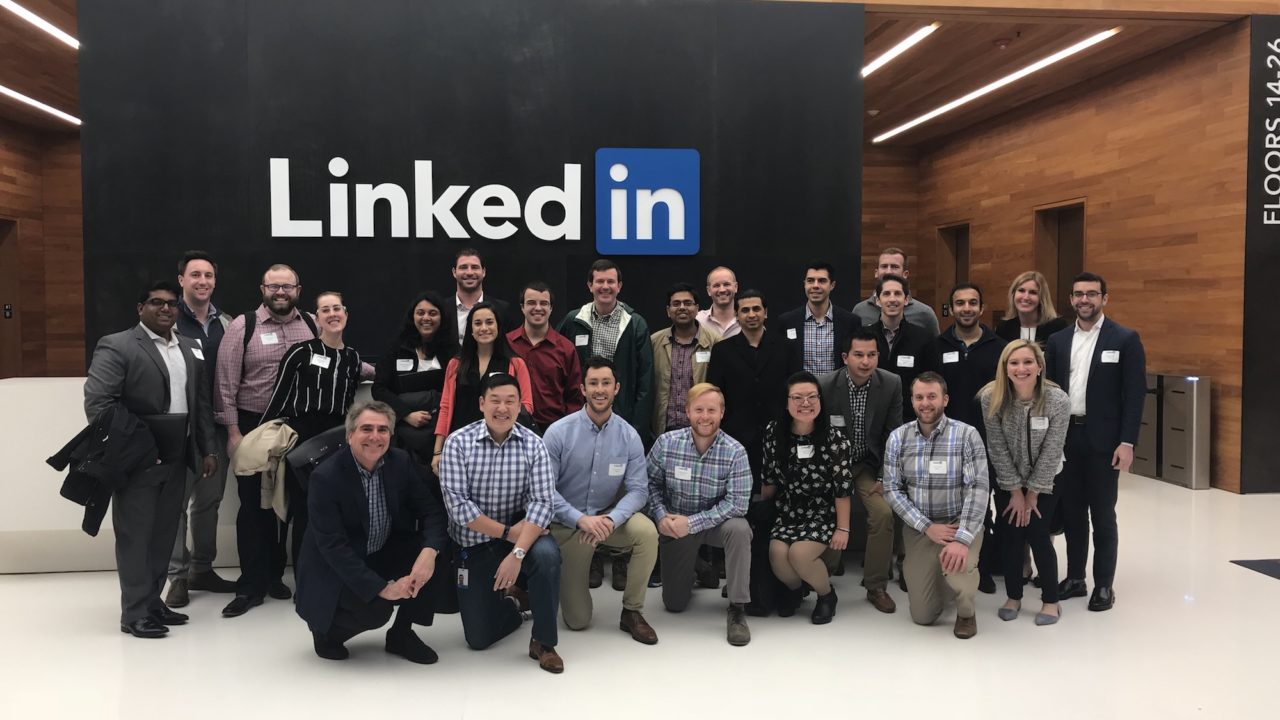 Owen students visited 11 tech companies - including Amazon, Google, and Facebook - in San Francisco and Seattle to learn more about jobs in the technology sector

At 2:39 am local time on January 4, a 4.4-magnitude earthquake rattled windows in the San Francisco area. While the rumbling woke some residents up, it caused no apparent damage to the city. A few visiting Owen students stirred during the earthquake, but many slept through it, tired after a long day of networking all over San Francisco.

The students were in town for the annual Tech Trek, visiting 11 companies — including Google, Facebook, and Amazon — in three days to learn more about working in the technology industry. This year, the trek expanded to include a stop in Seattle.

“Before I became a student here, when I was just applying (to Owen), I followed the Tech Trek on Instagram, and it was a big selling point for me,” said April Hughes (MBA’19). “I was like, ‘if I get into Vanderbilt, I’m going,’ and I did.”

Learning About the Companies

The first benefit of attending the trek is learning about the sheer variety of job opportunities within the tech sector.

“We have more and more students who…know they want to be in the ‘tech world’ but perhaps don’t know the various functional opportunities that are available,” said Courtney Fain, Associate Director of Recruiting and Operations at the Career Management Center. “Visiting companies out on the west coast allows students to hear about the different possibilities within the tech industry — marketing, finance, strategy.” 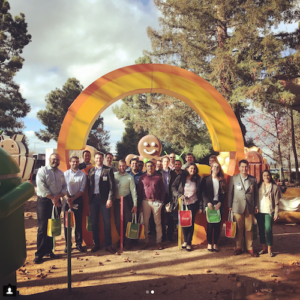 Students pose with the Android lawn statues at the Googleplex

Alumni and other employees gave presentations on their company’s history and culture, but students also got hands-on tours of some of the most famous company headquarters in the world. The Googleplex visit included a tour of the Android lawn statues, and employees at Microsoft allowed students to try out their augmented reality HoloLens equipment, which projects an interactive simulation of the planet Mars. Students also toured the Amazon Go grocery store, which is still in beta and usually only open to employees.

“You can look up Facebook (online), but walking down their little street that they have…it’s a completely different experience to actually see the culture in person and to listen to what (employees) have to say about the company,” said fellow first-year Tyler Skelton (MBA’19).

In the few weeks since returning to campus, Hughes says she has already applied her knowledge from the treks to internship interviews. “I was able to answer the questions with a keener eye. I was able to glean real insights from the Tech Trek that applied positively in my interviews,” she said.

Getting to Know Alumni 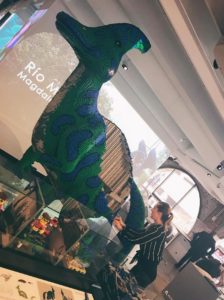 Hughes adds another brick to the LEGO dinosaur statue at Autodesk

A benefit of any career trek is the chance to network with alumni and other employees who work there. Since recruiting in the technology sector rarely follows a set schedule and tends to be more late-breaking compared to other industries, making in-person connections and following up is especially important.

Students connected with employees on company tours and  also got a chance to meet more alumni at two “Closing Bell” receptions in San Francisco and Seattle, hosted at the LinkedIn and Rover offices, respectively. “We filled the rooms at both LinkedIn and Rover, and students walked away with contacts,” Fain said.

The Closing Bells give the students a more relaxed environment to chat candidly with alumni about life at their various companies. Students also enjoyed seeing the close-knit community of Owen in action, even though some alumni are several decades out from school.

“I felt like there was no awkward networking where you try to stir up a conversation,” Hughes said. “You have a conversation (starter already), because you have Owen.”

“The community of Owen really comes through when you see people get together in those cities when a Closing Bell happens,” Skelton added. “It was neat to see that the culture doesn’t just stop here where you (graduate).”

Professor María del Carmen Triana Named Cal Turner Chair in Moral Leadership
Read More >
Why Get an MSF? 4 Types of Prospective Students
Read More >
Why a Master of Finance is an Investment (Not an Expense)
Read More >