The study, to be published in Journal of Banking and Finance, also finds that within the student and professional groups, a person’s personal allocation choice is the strongest predictor of the recommendation they provide, suggesting evidence of a “false consensus” effect, where an advisor over-estimates the similarity between their own preferences and those of their client. 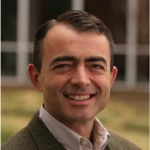 Prior research has documented that, in a variety of contexts, including financial decision-making, men are more risk tolerant on average than women. If this discrepancy influenced financial advice, it could result in higher risk and higher average realized returns for men. Bollen and Posavac’s study revealed no gender-related difference among professional advisers, but it does reinforce the notion that recommendations are tied to an adviser’s personal risk preferences.

“Our results indicate that focusing on gender per se will not improve the efficacy of the client-adviser interaction,” the authors write. “An investor, then, when selecting an adviser, must use other means to ascertain the adviser’s risk preference. And it appears that the preferences are best revealed through the adviser’s own portfolio choice.”

The authors issued an identical survey (save an assessment of their expertise) to graduate business students and professional wealth managers at a regional financial services firm. Participants were provided a description of a client, either a single man or single woman, and prompted to recommend an allocation across two investment options: an essentially risk-free money market fund and a risky balanced fund that invests in several asset classes.

Participants recommended a percentage allocation to each of the two funds, as well as one of five predetermined choices. They were then asked to assess the client’s risk tolerance, their confidence in their recommendation, and to select an allocation for themselves. Students were given an eight-question quiz to assess their financial knowledge, while professionals were asked how many years they have worked as an asset manager.

A challenge for advisers when forming recommendations is to balance their belief about what allocation is appropriate for clients’ and their clients’ own risk preferences.

Professional male and female wealth managers didn’t vary their client recommendations by client gender either. Unlike the students, male and female wealth managers selected similar personal allocations. In both their client recommendations and personal portfolios, professionals opted for much riskier allocations than the graduate students. 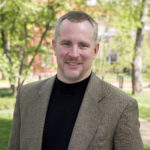 For both graduate students and professionals, there was significant variation in risk preferences within the male and female subject groups. Most importantly, in all cases there was a strong positive correlation between the allocation selected by the subject and the recommendation made to the client. These results suggested that participants projected their own preferences on client recommendations. The authors note that this could create a gap between professional recommendations and client preferences.

“Since advisers tend to project their preferences on their clients,” the authors write, “relatively risk-averse investors will likely be guided towards an allocation that is sub-optimal from a utility maximization perspective. Recommended allocation to risky assets may be higher than they would otherwise choose.”

The authors suggest that a wealth manager’s personal portfolio may be a better way to gauge his or her preferences. They also posit that education might narrow the gap between risk-averse clients and advisers, creating more opportunity to earn more from their investments, although the question remains whether an adviser should attempt to increase a client’s risk tolerance.

“Our analysis of the determinants of student allocation choices indicate that finance education is associated with higher risk tolerance,” they write. “Helping a client understand how investment horizon affects the risk-return tradeoff may increase the client’s willingness to shift capital to risky assets. Yet risk preferences are to some extent an innate aspect of personality.

“A challenge for advisers when forming recommendations is to balance their belief about what allocation is appropriate for clients’ and their clients’ own risk preferences.”